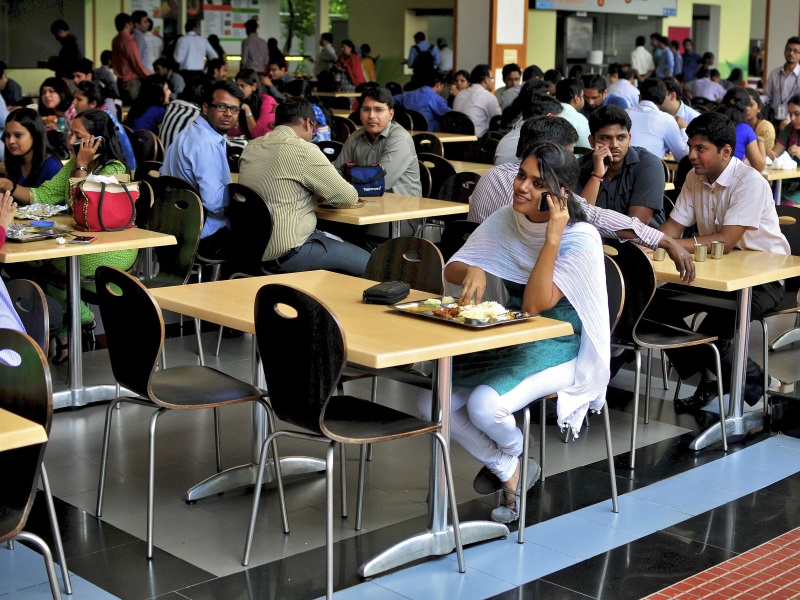 With almost a billion Indians still not connected to the Internet, a World Bank report on digital technology launched here on Tuesday said the overall impact of digital technologies has fallen short and is unevenly distributed.

"Greater efforts must be made by countries across the world to connect more people to the Internet to create an environment that unleashes the benefits of digital technologies for everyone," said the World Development Report 2016: Digital Dividends.

"India's Aadhaar programme is today a model for many countries and recent initiatives like Digital India has the potential to generate greater digital dividends among all sections of its society," said World Bank country director Onno Ruhl at the launch.

"However, to reap the full benefits, affordable and wider access to the Internet and skills that enable all workers to leverage the digital economy will be required," he added.

India has the third highest number of Internet users by absolute numbers, behind China and the US. However, it had around 200 million Internet users, compared with 665 million in China at the end of 2014, as per the World Bank's metrics of connectivity.

"Very high for government and relatively low for businesses, especially among small and medium enterprises," it said with respect to India.

The cost of residential broadband service in India is six to ten times more expensive than in China.

Making the Internet accessible, open and safe for all Indians must be a priority and is vital to close the digital divide, the report said.

Apart from increasing access, the report calls upon countries, including India, to seize the gains of information technology by strengthening "analog foundations of their digital economy".

These analog foundations consist in strengthening regulations that ensure competition among businesses, by adapting workers' skills to the demands of the new economy, and by ensuring that government institutions are accountable.

In this connection, the World Bank said: "A poor business climate and vested interests often hold back digital adoption. Among online firms, the economics of the Internet may enable natural monopolies to exploit their dominant position, hurting consumers and suppliers."

The report concludes that the benefit of digital dividends are being challenged by new risks like harmful concentration of market power inhibiting competition and innovation, and automation driven inequality.

Moreover, without the proper accountability, governments can leverage digital technologies to exercise greater control over their citizens, rather than to empower them.