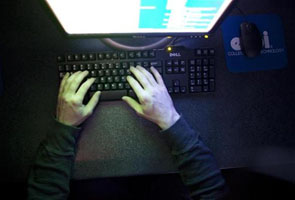 Technology driven governance got a major boost in Kerala with a 'Digital Super Highway', enabling unlimited data sharing between panchayats in a secure mode, becoming a reality in the state.

This would enable all panchayats in the state use an exclusive VPN (Virtual Private Network) over broadband to share unlimited data without the need to avail normal internet bandwidth, an official said.

The facility, which came into effect late Thursday, has been set up by the state-owned Information Kerala Mission (IKM), the flagship e-governance project of the state government to strengthen the local self-governance through information and communication technology (ICT) applications with the support of Bharat Sanchar Nigam Limited (BSNL).

A major feature of VPN is that the data transfer is done in a secured encrypted form. Unlike the conventional and expensive dedicated leased line model, the VPN connectivity thus established also offers a much faster, easily deployable and more flexible option, the official added.

The new form of internet data transfer, which is called VPNoBB (VPN over Broadband), will function as a private virtual network in MPLS (Multi Protocol Label Switching) cloud.

"The VPN was in test phase for around two years with the MPLS link having 512 kbps speed. Now this has upgraded to 40 times faster speed (20 Mbps) and more and more local bodies were added to this network," said M. Samsudheen, chairman of IKM.

IKM has developed and deployed 16 software application suits for the local self-government institutions in the state.

The first application that uses this 'highway' is 'Sulekha', which is the plan monitoring software designed for the formulation and monitoring of the nearly two lakh annual decentralised plan projects of local governments.

Sulekha is tailor-made to track the plan formulation, appraisal, approval, monitoring, revision processes and expenditure tracking of the plan projects of these panchayats.

"Now with the VPN facility other applications developed for revenue and licences, disbursement of social welfare pensions, work flow, file status monitoring and building permits will now be available through this network in a fast and secure mode of data transmission," said K. Anvar Sadath, director-technical of IKM.