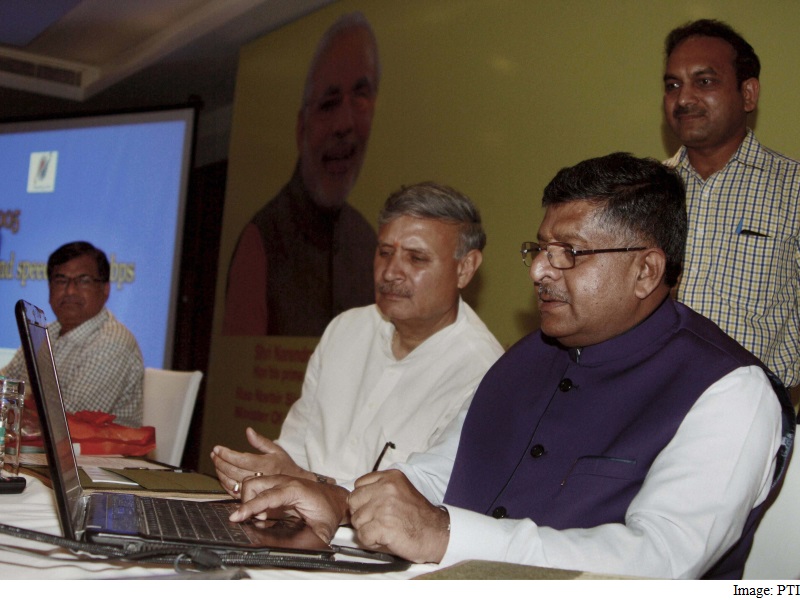 The government's Digital India programme would not only change the country but also unite it, union Minister for Communication and Information Technology Ravi Shankar Prasad said in Gurgaon on Monday.

Prasad made the statement after launching a Bharat Sanchar Nigam Limited scheme, whereby broadband users would now be able to avail of a minimum of 2Mbps Internet speed.

He said Prime Minister Narendra Modi wants all facilities provided by the government to be available to the masses through smartphones.

"Today, about 98 crore people in India are mobile users and if we add landline users, the total comes to 102 crore."

India has about 35 crore Internet connections, second only to China, Prasad said.

He said Modi has come up with the formula IT+IT=IT, India's Talent + Information Technology = India of Tomorrow.

The minister said that as of now, the use of IT is limited to some big cities. For its expansion, a rural Business Process Outsourcing (BPO) scheme will be implemented.

Under this scheme, about 480 call centres will be opened, out of which 10 will be in Haryana.

Prasad at the announcement of the BSNL speed upgradation, said the move came in the light of Narendra Modi government's Digital India initiatives. "This scheme is expected to attract new customers for subscribing BSNL Broadband customers in an affordable manner," the telecom operator said in a statement. BSNL launched broadband services in 2005 with speed of 256Kbps and above over the state-of-art multi-protocol label switching (MPLS) - based IP infrastructure in urban as well as rural areas.