Data centre security a top-priority for big and small firms in 2014: McAfee 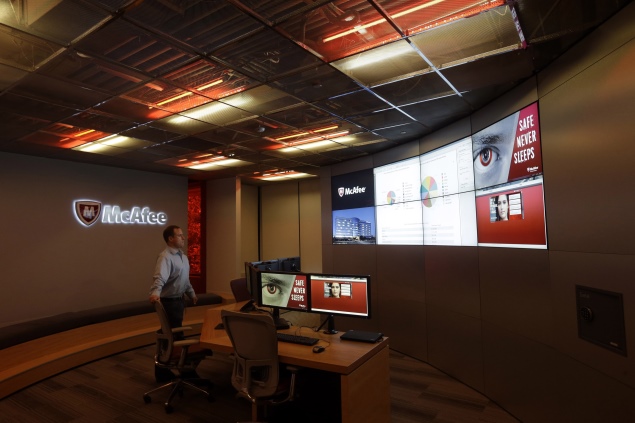 As increasing number of firms house critical systems with data centres, security will be their top concern during 2014, according to global IT security firm, McAfee.

"Data centres are the nerve centre of an organisation making data centre security a top priority for most companies today," US-based McAfee said in a report depicting mega trends that will dominate the security industry in India next year.

With the blurring of boundaries between physical, virtual and public/private cloud, organisations are on an evolutionary curve towards next-generation data centres, the report added.

"Resultantly, they will face the reality of securing data that moves between server, storage, and networking resources (physical and virtual) of next-generation data centres," it said.

The report said that enterprises seek a single security solution for issues like bring your own device (BYOD), which is not practically possible.

To combat the threat of advanced malware, many organisations are relying on their legacy security products or using stand-alone malware products that are not integrated with the rest of the environment, it said.

Hence, there is a need to adopt advanced threat defence solutions to respond to attacks faster and seamlessly move from analysis to protection and resolution, the report added.

Internet of Things and embedded devices have exploded the threat scope for these devices with ATMs, point-of-sale (POS) terminals, kiosks, medical equipment, SCADA systems and other embedded devices being hacked in ever-increasing numbers.

"To work as intended, most of these devices include embedded sensors making it very easy to track their movements and monitor interactions with them and can be dragged into botnets or hijacked by cyber-attackers," it added.

Quoting telecom equipment maker Ericsson, McAfee - a wholly owned Intel subsidiary - said there will be 50 billion Internet-connected devices by 2020, up from 1 billion in 2012.

Indian SMBs largely represent knowledge-based businesses like chartered accountants and law firms. They are likely to have money moving through (wire transfers, vendor payments, and customer payments), which along with their knowledge-intensive nature, makes them potentially vulnerable to cyber-threats.

Many smaller businesses often lack budget and expertise, and typically have liberal, rarely enforced policies for use of personal devices, in-office Wi-Fi access, installation of unauthorised apps, thereby exposing themselves to huge threats.

"Next year, we will see SMBs get more mainstream in their adoption of comprehensive security," McAfee said.