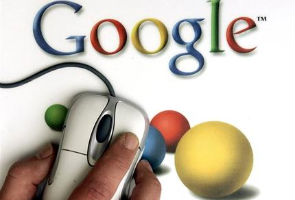 Google faces arguably its biggest challenge next week when it will have to decide whether to respond to an ultimatum by EU antitrust regulators to come up with concessions to soothe competition concerns or fight it out and risk a hefty fine.

EU Competition Commissioner Joaquin Almunia has given the world's most popular search engine until early July to try to settle an 18-month investigation triggered by more than a dozen complaints.

Playing hardball may cost Google a near $4 billion fine, 10 percent of its 2011 revenues of $37.9 billion, the maximum that the European Commission can levy.

Following are some key facts about the European Commission's investigation into the company's business practices:

The complainants
Sixteen companies have taken their grievances to the EU watchdog to date, with Microsoft the highest profile.

The Commission's four areas of concerns
Google may have favoured its own search services over those of rivals; it may have copied travel and restaurant reviews from competing sites without their permission; its advertising deals with websites may have blocked rivals; its contractual restrictions may prevent advertisers from moving their online campaigns to rival search engines.

The people leading the Commission's probe
Nicholas Banasevic was appointed earlier this month to lead a group of about six people dealing with the case.

The Briton was previously in charge of the team that drafted the arguments which underpinned Almunia's decision to block the proposed merger of Deutsche Boerse and NYSE Euronext in February.

Both Banasevic and his deputy director general for antitrust issues, Cecilio Madero Villarejo, were part of an elite team which investigated Microsoft and Intel , resulting in hefty fines for those companies.

What's at stake for Google
Google's top-secret search algorithm, the technology world's equivalent of the Coca-Cola recipe and the core of its business, which determines which websites get top billing in search results and hence more revenues.

The challenge would be to change it sufficiently to reassure regulators without curtailing the company's growth prospects or ability to innovate.

Antitrust experts say a regulator-ordered break-up of the company is too far-fetched, but policing via an expert committee or trustee, as in the case of Microsoft, could be a feasible option.

Google's arguments
Competition is just a click away; the company was built for users, not website owners; there will always be some sites unhappy with their rankings.