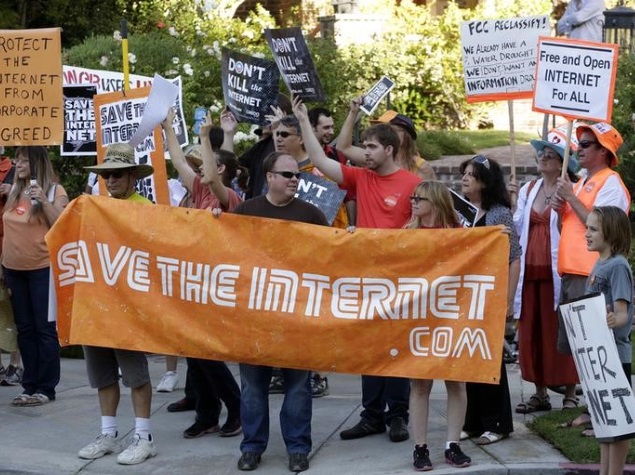 New U.S. Internet traffic regulations, known as net neutrality rules, will go into effect on Friday after a federal appeals court rejected the telecommunications industry's request to partly suspend their implementation while they are being litigated.

The ruling on Thursday marked an early win for the Federal Communications Commission, whose assertion of a broader enforcement authority over Internet service providers is being challenged in court by AT&T Inc and cable and wireless industry groups.

In a short statement, the U.S. Court of Appeals for the District of Columbia Circuit declined to suspend the regulations and said that "petitioners have not satisfied the stringent requirements," which included proving irreparable harm from the rules' implementation.

The court's decision, which also put the lawsuit on an expedited schedule, is the first step in the legal fight over the rules and does not indicate how the court may ultimately rule on the merits of the industry's challenge.

FCC Chairman Tom Wheeler praised the ruling as a victory for consumers and innovators, adding: "Starting Friday, there will be a referee on the field to keep the Internet fast, fair and open."

The new rules ban Internet providers from blocking and slowing down access to websites and applications or striking deals with content companies for priority delivery of traffic. The FCC will also be able to address complaints about potential "unreasonable interference" with consumers' access to the Web.

Telecom companies say they do not object to specific net neutrality rules like no-blocking or no-throttling. They are fighting the legal path the FCC chose to set the new regulations after the previous version was struck down in court last year.

"The FCC and Congress have long agreed that this critical service, which is fundamental to consumers' daily lives, should be lightly regulated to continue the enormous investment and innovation that has enabled the Internet-related economy to thrive," said USTelecom President and Chief Executive Walter McCormick Jr.

"The case is just beginning and the stakes are high," said CTIA President and CEO Meredith Attwell Baker.