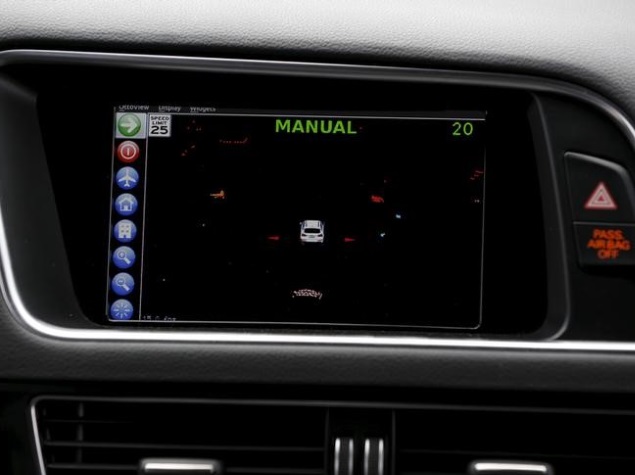 Traffic jams in the future could cause potentially dangerous data snarl-ups as cars packed with entertainment, safety and navigation features vie for airwaves with smartphones, tablets and networked features in other vehicles, according to a study.

By 2024, mobile networks will see machine-to-machine (M2M) connections jump 10-fold to 2.3 billion from 250 million in 2014. Half these links will be automotive, said the study published on Thursday by Machina Research.

On the roads, about one in five vehicles worldwide will have some form of wireless network connection by 2020, or more than a quarter of a billion connected vehicles, according to a forecast from technology research firm Gartner.

Connected cars with onboard Wi-Fi connections could cause spikes in cellular data demand when traffic grinds to a halt as drivers seek alternative routes and bored passengers search for entertainment on phones and tablets, the Machina study says.

It says car navigation and collision detection systems that rely on local networks to identify obstacles could then become strained, if they are not carefully designed and regulated.

The report says the dangers will mount over the next decade but stops short of painting a picture of bloody roadside pile-ups. Such scenarios can be averted if network operators pay more attention to managing surging, unpredictable data demands in congested areas and device makers do more to ensure their products do not interfere with other network users.

"But network resource management is not based on total traffic volume. It's based on particular cell sites during peak times of network use," Hatton said of the antennas and equipment used to transfer mobile calls and data to and from a local area.

Peak traffic in rush hour could double in the immediate vicinity of congested areas due to the electronics on board connected cars, Machina estimates.

Already, most drivers stuck in traffic jams expect mobile phone coverage to drop out from the sheer volume of callers who suddenly find themselves bumper-to-bumper.

But while phones make minimal demands on a network until a user downloads a video, updates email or makes a call, network congestion multiplies when drivers converge in road traffic.

"Connected cars, as with other M2M devices, don't behave like smartphones," Hatton said, due in part to the vastly more diverse set of devices that will come into play with so many machines talking to other machines.