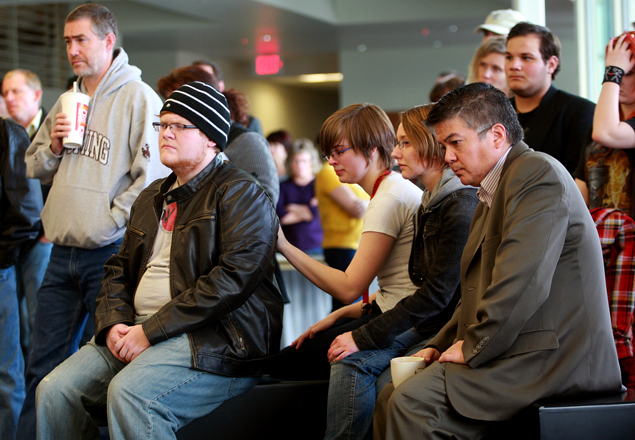 Samantha Grossman wasn't always thrilled with the impression that emerged when people Googled her name.

"It wasn't anything too horrible," she said. "I just have a common name. There would be pictures, college partying pictures, that weren't of me, things I wouldn't want associated with me."

"I wanted to make sure people would find the actual me and not these other people," she said.

Syracuse, Rochester and Johns Hopkins in Baltimore are among the universities that offer such online tools to their students free of charge, realizing ill-considered Web profiles of drunken frat parties, prank videos and worse can doom graduates to a lifetime of unemployment - even if the pages are somebody else's with the same name.

It's a growing trend based on studies showing that most employers Google prospective hires and nearly all of them won't bother to go past the first page of results. The online tools don't eliminate the embarrassing material; they just put the graduate's most flattering, professional profile front and center.

"These students have been comfortable with the intimate details of their lives on display since birth," said Lisa Severy, president-elect of the National Career Development Association and director of career services at the University of Colorado-Boulder, which does not offer the service.

"The first item on our 'five things to do before you graduate' list is 'clean up your online profile,'" she said. "We call it the grandma test - if you don't want her to see it, you probably don't want an employer to, either."

After initially supplying BrandYourself accounts to graduating seniors, Syracuse University this year struck a deal with the company - begun by a trio of alumni - to offer accounts to all of its undergraduate and graduate students and alumni at no additional charge. About 25,000 people have access to it so far.

"It's becoming more and more important for students to be aware of and able to manage their online presence, to be able to have strong, positive things come up on the Internet when someone seeks them out," said Mike Cahill, Syracuse's career services director.

Online reputation repair companies have been around for at least a couple of years, often charging hundreds or thousands of dollars a year to arrange for good results on search engine result pages. BrandYourself, which normally charges $10 a month for an account, launched two years ago as a less expensive, do-it-yourself alternative after co-founder Pete Kistler ran into a problem with his own name.

"He couldn't get an internship because he was getting mistaken for a drug dealer with the same name," said co-founder Patrick Ambron. "He couldn't even get calls back and found out that was the problem."

An April survey of 2,000 hiring managers from CareerBuilder found nearly two in five companies use social networking sites to research job candidates, and 11 percent said they planned to start. A third of the hiring managers who said they research candidates reported finding something like a provocative photo or evidence of drinking or drug use that cost the candidate a job.

BrandYourself works by analyzing search terms in a user's online profile to determine, for example, that a LinkedIn account might rank 25th on Google searches of the user's name. The program then suggests ways to boost that ranking. The software also provides alerts when an unidentified result appears on a user's first page or if any links rise or fall significantly in rank.

Nati Katz, a public relations strategist, views his presence online as a kind of virtual storefront that he began carefully tending while in graduate school at Syracuse.

Google his name and up pops his LinkedIn page with a listing of the jobs he's held in digital media and the "500+ connections" badge of honor. His Facebook account is adorned with Katz smiling over an elegant Thanksgiving dinner table. There are a couple of professional profiles and his Tumblr link, one after another on the first page of results and all highlighting his professional experience.

Before his 2011 graduation, he took the university up on its offer of the BrandYourself account and said it gave him a leg up with potential employers and internship supervisors.

"Fortunately, I didn't have to deal with anything negative under my profile," said Katz, who used the reputation website BrandYourself.com while pursuing dual degrees in public relations and international affairs. "What I was trying to form was really a nice, clean, neat page, very professional."