China's Weibo looking to raise $500 million with US IPO 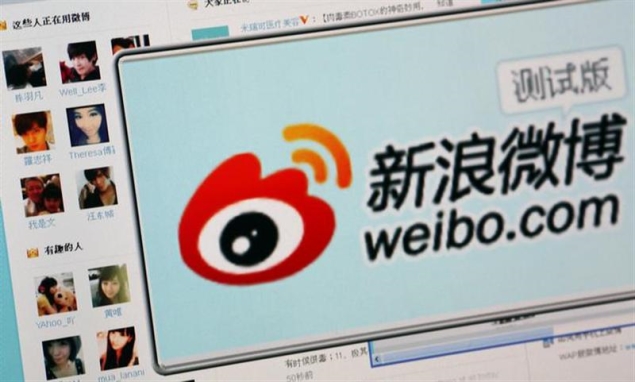 Weibo, the Chinese microblogging service often compared with Twitter, filed Friday for a US stock offering seeking to raise $500 million.

The move will allow the popular Chinese-language social network to spin off from the Internet giant Sina, according to documents filed with the US Securities and Exchange Commission.

"A microcosm of Chinese society, Weibo has attracted a wide range of users, including ordinary people, celebrities and other public figures, as well as organizations such as media outlets, businesses, government agencies and charities," the SEC filing said.

"Weibo has become a cultural phenomenon in China.

"Weibo allows people to be heard publicly and exposed to the rich ideas, cultures and experiences of the broader world," it added.

The filing said Weibo's initial public offering (IPO) will be part of a "carve-out from Sina" but that Sina would "continue to provide us with certain support services" after it becomes independent.

Weibo reported revenues for 2013 of $188 million, triple the level of 2012, but has continually lost money, like its US counterpart, with accumulated losses of $274.9 million as of December 31.

But Weibo said it would work to increase the number of users and monetization as it strives for profitability.

The company did not indicate whether Weibo would file its IPO on the Nasdaq or New York Stock Exchange.

The lead underwriters will be Goldman Sachs Asia and Credit Suisse.

Twitter's high-flying Wall Street debut in November drew attention to the growing power of social media, but it also raised concerns about a potential bubble in the sector.

The microblogging service's shares soared after debuting at $26 in the initial public offering but dropped the following day to slightly more than $40.

At the close of trading on the New York Stock Exchange, Twitter shares stood at $51.92.

Twitter has fast become ingrained in popular culture but must still convince investors of its business model.

The first earnings report since Twitter's vaunted public offering delivered a cold dose of reality for the company.

The results showed revenues in the quarter that ended December 31 doubled from a year ago to a better-than-expected $242.6 million.

But the number of worldwide users was up just nine million from the figure of 232 million when Twitter went public in November, suggesting only modest growth at a time when investors were looking for a surge.

Twitter said the loss for the year widened to $645 million from $79 million in 2012, even as revenues more than doubled to $664 million for the full year.

The company, which has its roots in 140-character text messages, plans to get more visually engaging with pictures and video.