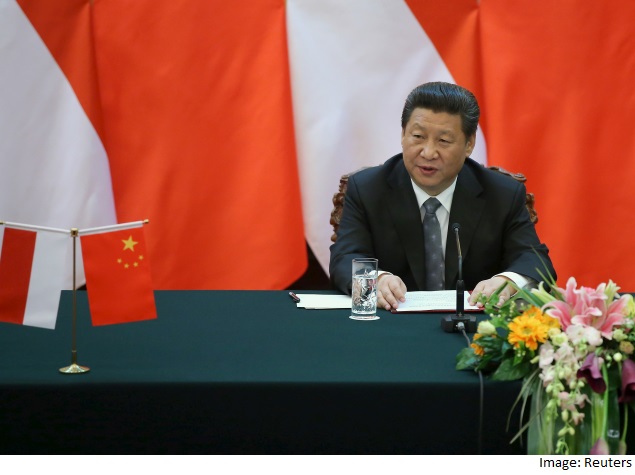 China suspended a policy that would have effectively pushed foreign technology companies out of the country's banking sector, according to a note sent by Chinese regulators to banks.

Dated Monday, the letter called for banks to "suspend implementation" of the rules, which have been at the centre of a brewing trade conflict between the United States and China. The rules, which were put into effect at the end of last year, called for companies that sell computer equipment to Chinese banks to turn over intellectual property and submit source code, amid other demands.

At stake is billions of dollars of business for major US companies that make the advanced computing hardware and software that crunches numbers for banks across China. Trade groups representing companies including Microsoft, IBM and Apple have complained that such policies are protectionist.

Yet the development is only a small reprieve for US tech companies. The suspension is temporary as authorities revise the rules. It's unclear how regulators will change the rules, but industry officials say a new version - even if it avoids more contentious issues like forcing the disclosure of source code - will still be problematic to multinational tech companies.

The recent trade debate is part of a wider clash between China and the United States over online security and technology policy. The United States has accused Chinese military personnel of hacking U.S. companies to gain commercial advantages for Chinese companies. And the Chinese maintain that disclosures from the former National Security Agency contractor Edward J. Snowden of U.S. cyber-espionage across the globe are reason enough for the country to wean itself off foreign technology, which may have been tampered with by U.S. intelligence agencies.

In the letter, which was reviewed by The New York Times, the China Banking Regulatory Commission and the Ministry of Industry and Information Technology said that since the rules were passed, financial institutions and other parties had "amendment suggestions." The regulations will be reissued after they are revised, according to the letter.

After a meeting between Treasury Secretary Jacob J. Lew and top Chinese officials last month, U.S. officials said the rules would be suspended. But this week, a letter signed by U.S., European and Japanese trade groups said the policies were continuing, and they called for Beijing to put in writing that it would stop carrying them out.

With the note issued this week, the Chinese government appears to have done just that.

Such back-pedalling is rare for Chinese policy-makers, yet there is a precedent. In 2009, China said all computers imported to the country must come with filtering software called Green Dam-Youth Escort pre-installed. After heavy international pressure, China suspended the rule indefinitely.

Still, the banking regulations are less likely to share the fate of Green Dam. Although the Chinese appeared to have backed down on the regulations, China will most likely use "overt and covert" means to favor domestic tech companies over foreign ones, a U.S. industry official said.

"On the overt side would be to use the cyber-review testing regime, which is in formation now and where the focus will be on blocking U.S. companies on security grounds," said the official, who spoke only on the condition of anonymity.

The government will almost certainly use covert means by quietly instructing Chinese banks not to procure from foreign companies, the official said.

"Most people here believe the Chinese policy will be to boost domestic ICT manufacturers and kick out foreign companies, particularly American ones," said the official, referring to information and communications technology.

The government may have decided to scuttle the regulations because they were poorly drafted and contained language about industrial policy that flew in the face of World Trade Organization rules, the official said.

The Chinese technology rules, which Beijing says are intended to strengthen online security in the government and critical industries, are the first of a series of policies expected to be unveiled in the coming year. A proposed anti-terror law that seems to have the backing of China's security apparatus mandates that foreign companies give up encryption keys or use Chinese encryption in all devices sold in the country.

Foreign trade groups representing multinationals like Microsoft, IBM and Apple say the security concerns are a pretext to pass protectionist policies shutting foreign companies out of one of the world's largest and fastest-growing information technology markets.

In a statement on Thursday, Josh Kallmer, senior vice president for global policy at the Information Technology Industry Council, a trade group that represents 60 tech companies including Microsoft and IBM, said that the rules suspension was welcome and that he hoped "this announcement means that Chinese financial institutions will have full access to the best technology - whether made domestically or globally." The group wants "the Chinese government to embrace a globally leading role in undertaking open and transparent consultative processes among stakeholders in developing cyber-security measures," he said.

As the United States and China spar over technology concerns, the United States has also said that telecommunications and computing equipment made by the Chinese company Huawei could have so-called back doors - allowing monitoring by third parties - making it virtually impossible for Huawei to sell higher-end networking equipment in the United States. And more recently, President Barack Obama linked cyber-attacks against U.S. companies to sanctions, a comment that analysts said was aimed in part at China.

In addition to raising concerns after Snowden's revelations, high-ranking Chinese security analysts have called vociferously, in a movement trumpeted in China's state-run media, for China to get rid of high-end computing equipment made by companies like IBM and Oracle and used in critical industries, like energy, banking and telecommunications.

"I think the direction is clear," said Adam Segal, a senior fellow at the Council on Foreign Relations. "There will still be some type of regulation that in the Chinese mind addresses their security concerns and gives greater transparency into U.S. technology companies. I don't think that's going to change."

Given the overwhelming rhetorical support in China behind initiatives like the banking rules, the current suspension may simply be part of a broader diplomatic initiative. China and the United States are scheduled to meet in Washington soon for the high-level Security and Economic Dialogue, where senior officials from both sides deliberate on prominent issues. China may have decided that it did not want to mar that meeting with further complaints from the Obama administration about the unfair banking regulations, according to the American industry official.

In September, President Xi Jinping will travel to the United States for his first visit to the country as leader of China.

Xi has taken a personal interest in online security as the chairman of a Communist Party group on the subject. He has openly called for China to become an "Internet power," take a more active role in the global management of the Internet and has set up a new agency, the Cyberspace Administration of China, to consolidate management over the Internet and technology.

EU Eager to Finalise Probe Into Google 'Market Abuse'
Lenovo A6000 Plus With 2GB RAM, 16GB Storage Launched at Rs. 7,499