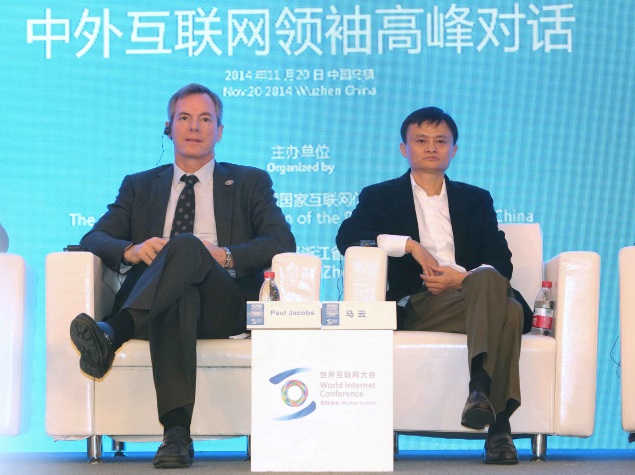 Public officials and firms worth $2.5 trillion (roughly Rs. 1,54,96,625 crores) in market value, from Apple Inc to Facebook Inc, got first-hand exposure in the postcard-perfect town of Wuzhen as China showcased its first 'World Internet Conference' (WIC).

"This place (Wuzhen) is crowded with tourists, who are perfectly orderly," Lu Wei, China's Internet tsar and director of the Cyberspace Administration of China, said at the opening ceremony. "Cyberspace should also be free and open, with rules to follow and always following the rule of law."

Many attendants saw China hosting the summit as a step forward. Yet for sceptics, the controlled environment of the summit reinforced industry concerns that Beijing's lip service to a "free and open" Internet rings hollow, with the government's iron grip on the online industry intact.

At a summit hosted by government leaders, nothing was left to chance and reporters were not allowed to ask questions directly in numerous events, a common practice at industry conferences in China.

After one panel discussion was filmed with an official moderator, state media reporters were then given the cue to address empty chairs on a podium as cameras rolled.

That footage was set to be spliced into the TV broadcast of the panel, featuring big industry names, in late November, said a person with direct knowledge of the matter, giving the impression that the reporters had carried out a dialogue with the industry leaders.

Telephone calls to state broadcaster CCTV, which the person with knowledge said was meant to broadcast the show, met with refusals to make officials available to comment.

Everything displayed at Wuzhen, about 120 kilometres (75 miles) southwest of Shanghai, was meant to convey a specific message to the international community, attendees said.

China's leaders spoke of an Internet that should be free and open - and controlled on its own terms.

"China has made, at the top level, a decision that it needs to be part of a global Internet," said Fadi Chehade, president and chief executive of the Internet Corporation for Assigned Names and Numbers, a non-profit organisation which manages the infrastructure of the Internet.

"China is also telling the world...'We're no longer going to be bystanders in how the Internet is governed'," Chehade said.

The country has the world's largest population of Internet users, more than 630 million. Chinese firms like Tencent Holdings Ltd, Baidu Inc and Alibaba Group Holding Ltd are in the world's top 10 online companies by market value.

Increased sway over the global Internet could also help Beijing promote its economic policy interests, as the private Chinese online heavyweights that play by its rules make more investments abroad.

'Great firewall'
"China wants to participate further in Internet governance and also in a certain sense it wants to advocate the China model of Internet regulation, including Internet control and censorship," said Fu King-Wa, an assistant professor at the University of Hong Kong's Journalism and Media Studies Centre.

China has the world's most sophisticated online censorship system, known elsewhere as the 'Great Firewall', a degree of control reflected in Wuzhen itself.

The University of Hong Kong's Fu said comments on the WIC on Chinese social media were censored. Authorities also detained a small group of students demonstrating outside the town seeking access to Facebook, attendees said.

WIC guests were often able to use websites not usually accessible in China. But that openness did not extend off-line.

"Please do not ask questions to guests during sessions in order not to cause disturbances," the WIC's media handbook said.

Summit staff, many of whom wore tracksuits similar to Chinese school uniforms, also reflected the oddness of an event on global internet governance constrained by local concerns.