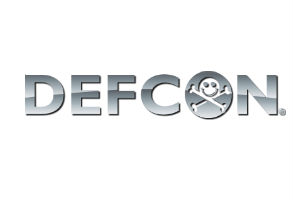 Highlights
Nine-year-old Anna focused intently as she screwed a circuit board into place in a first-ever "DefCon Kids village" created to tutor children in the ways of hacking.

Her 10-year-old brother, Jake, was working on a similar task and beginning to suspect that the screws he was using were refusing to cooperate.

"I'm not really a hacker, but my brother is," Anna confided as her dad stood proudly nearby in a room set aside for child-oriented sessions at the world's largest hacker gathering. "I'd like to be a hacker."

Anna and her brother were building small robots that paint on spherical objects such as ping pong balls or Easter eggs.

Jake told of being no stranger to cracking computer software.

"The secret is you don't add code," he said. "You just move the code around."

Chris Hadnagy and other DefCon Kids tutors were adamant that in a world where children are surrounded by technology it is smart to provide guidance and a place where they can safely, and legally, test hacker skills.

Hadnagy, whose book Social Engineering: The Art of Human Hacking came out this year, tailored a "Capture the Flag" game for the event.

About ten pairs of children competed, with the average age being 9.5 years old.

The teams, shadowed by supportive parents, darted about DefCon chasing clues and getting strangers in the notoriously edgy assembly to reveal secrets or do odd things.

Each of the teams finished the contest, with one almost conning its way to first place by talking people into revealing hints instead of decoding ciphers.

"For DefCon it was a very weird experience," Hadnagy said.

"Kids were hugging their moms and hanging out with them," he continued. "I am used to people walking around with Mohawk (haircuts) and boobs hanging out...I might have to go drink something."

Top prize in the "social engineering" contest was night-vision goggles and a remote control helicopter equipped with a surveillance camera.

"Some of these kids have skills," Hadnagy said. "They are amazing."

Lock-cracker Marc Weber Tobias enthralled children with Japanese puzzle boxes as he provided a glimpse into the mind of a lock-picker.

"They loved it," Tobias said. "Their parents were amazed that the kids hunkered down for hours trying to open puzzle boxes."

"They are really in their element here," Earl Malmrose said of his children, Jake and Anna.

"They really jumped in."

Malmrose, a software engineer who has a computer company, smiled as he noted how badly his two children want lock picks. He was considering the buy.

"Our second oldest, now in college, was about 10 when we lost a key to our fireproof safe," Malmrose recalled.

"He looked up how to pick a lock on his own and he opened it for us with a paperclip," he continued. "That was useful."

The 10-year-old daughter of a pair of DefCon stalwarts unveiled a new way to hack games on smartphones or tablets running on Apple or Android mobile software.

The girl, who went by the hacker name CyFi, found the vulnerability after she got tired of waiting for virtual crops to grow in farming games. She figured out a way to tamper with in-game time.

Her discovery was deemed a new class of vulnerability and shared with makers of the software.

Since DefCon debuted in 1993, many once-nefarious attendees have become computer security good guys bent on defending companies and homes against cyberattacks.

DefCon founder Jeff Moss, whose hacker handle is Dark Tangent, is on a White House homeland defense council and heads security for the agency in charge of Internet addresses.

Some have also become parents keen on sharing the hacker world with their offspring.

Government agents once flushed out in a game called "Spot the Fed" are now welcomed on panels such as "Meet the Fed," a version of which was tailored for DefCon Kids at the notorious hacker gathering that ended Sunday in Las Vegas.

The US National Security Agency, which recruits talented hackers at the event, brought a cryptography exhibit to show the children.