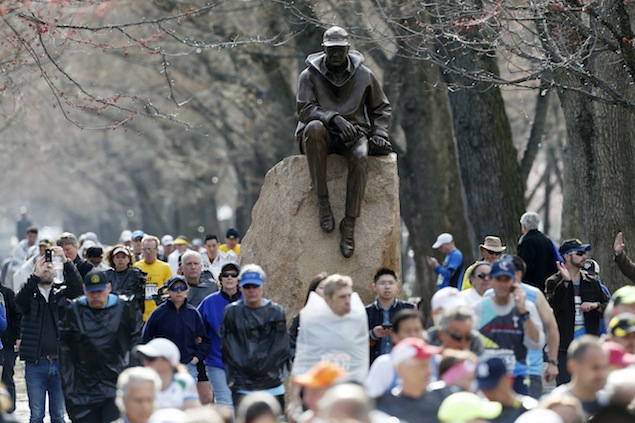 Google is stepping in to help family and friends of Boston Marathon runners find their loved ones after explosions near the finish line.

The site, called Google Person Finder, allows users to enter the name of a person they're looking for or enter information about someone who is there.

Far-flung family members and friends are frantically using social media to check on the safety of runners and spectators after two bombs exploded near the finish line of the marathon, killing two and injuring dozens.

Cellphone companies say service is operating in the Boston area, but with heavy traffic following of the explosions at the Boston Marathon.

A law enforcement official, citing an intelligence briefing, said cellphone service had been shut down Monday in the Boston area to prevent any potential remote detonations of explosives.

But officials with Verizon Wireless and Sprint Nextel said there had been no such requests.

Sprint spokeswoman Crystal Davis said: "Minus some mild call blocking on our Boston network due to increased traffic, our service is operating normally."

Two people were killed and scores injured when two explosives detonated near the finish line of the marathon.
Comments