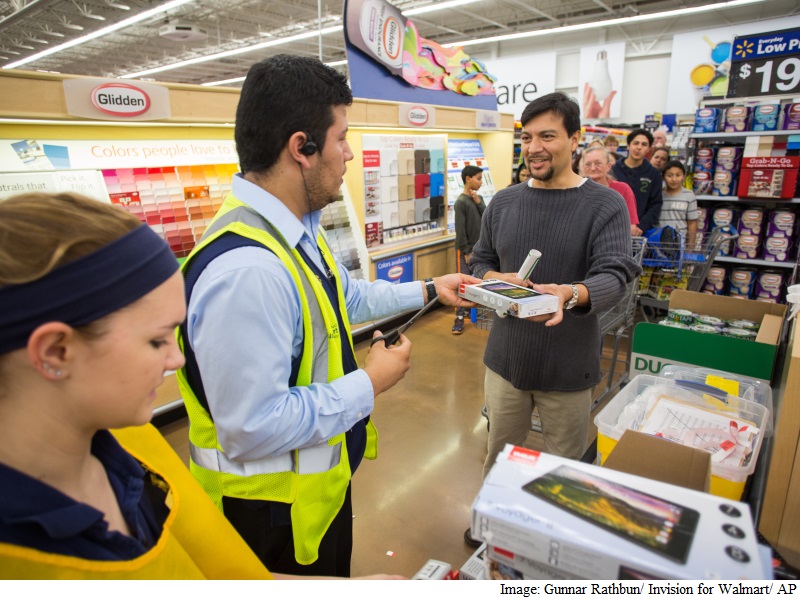 As many Americans bought online as they did in physical stores during the Thanksgiving weekend shopping splurge, the National Retail Federation said Sunday, highlighting a growing trend away from the traditional Black Friday consumer assault.

The closely watched survey said that about 151 million people shopped either in stores and/or online over the long weekend in the United States, when many consumers look to take advantage of promotions.

That used to mean queuing up in the bracing cold late Thursday night after Thanksgiving into early Friday morning and in some cases literally fighting for the best offers.

But the 2015 figures underline how American consumers are changing to get their holiday shopping fix nearly 102 million shopped in stores and more than 103 million shopped online this year.

"We recognize the experience is much different than it used to be as just as many people want that unique, exclusive online deal as they do that in-store promotion," NRF president and CEO Matthew Shay said in a statement.

"It is clear that the age-old holiday tradition of heading out to stores with family and friends is now equally matched in the new tradition of looking online for holiday savings opportunities."

The NRF found that 133.7 million people shopped during the holiday last year.

Accurate comparisons cannot be made between this year and last because the poll by Prosper Insights & Analytics for the NRF used a different methodology than in 2014.

A separate NRF survey found that more than 121 million shoppers, or about 49.5 percent of consumers, plan to shop online on so-called Cyber Monday, which takes place on November 30 this year.

That was down slightly from the 126.9 million who planned to participate last year.

The average spending per person over the weekend reached $229.60.

The NRF said last year that consumers spent an average $380.95, but again, that was using different methodology.

People under the age of 35 were most likely to spend over the weekend.