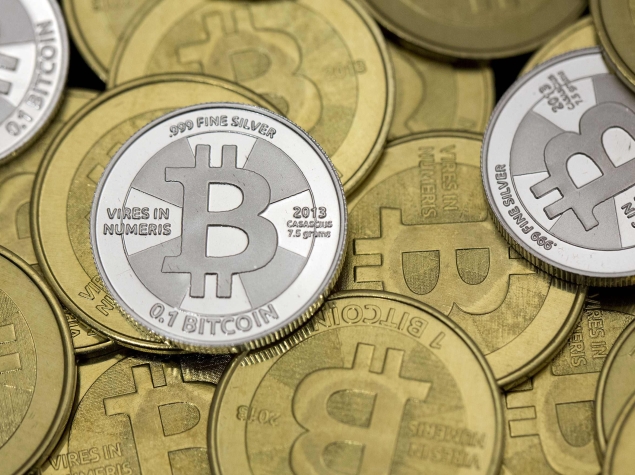 Bitcoin's value, which topped $1,100 in November, dropped below $630 Wednesday after the news overnight that the BTC-E and Bitstamp exchanges have stopped customers from converting their funds back into traditional currencies.

They cited an apparent technical glitch that allows fraudsters to flood exchanges with fake withdrawal requests - a problem first reported by the Mt. Gox exchange when it announced a freeze on withdrawals last week.

"It is kind of like someone sending a receipt and then someone coming back to the store with a photocopy of that receipt and asking for a refund," said Nicolas Cary, chief executive of Blockchain.info, a site that provides users with digital wallets for Bitcoins.

"I'm confident they will get it resolved," he said. "Bitcoin is very resilient ... and it can handle this."

David Bailey, who sells physical coins based on the virtual currency, said he was "a bit unnerved" when two of his transactions simply disappeared earlier this week. They eventually returned.

"If I was fresh to Bitcoin, I would have been very scared," said Bailey.

Many of those attending the Inside Bitcoins conference in Berlin saw government regulation as the more pressing problem.

Recent crackdowns in China, Russia and elsewhere have prompted Bitcoin enthusiasts to form alliances to lobby decision makers and the public. Wednesday saw the launch in Berlin of the Global Bitcoin Alliance, an umbrella group for organizations that promote the cybercurrency.

"You can't ban Bitcoin," said Oliver Flaskaemper, head of the Germany-based website Bitcoin.de. "Governments would only drive it underground if they tried."