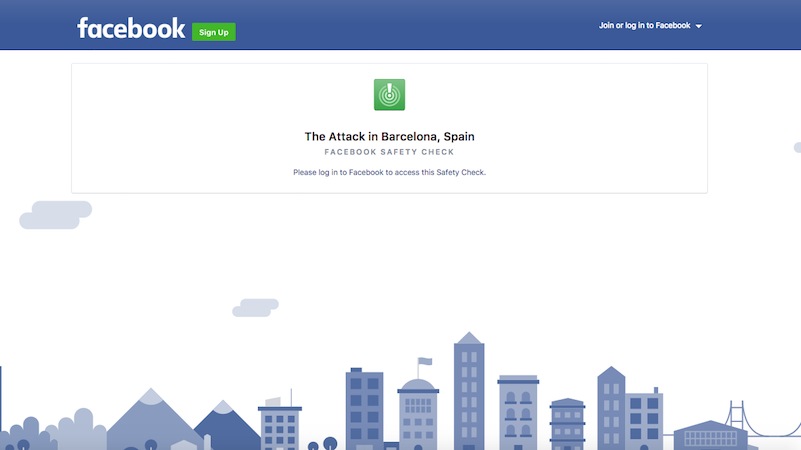 Soon after the Barcelona attack that left 13 people dead, Facebook and Google activated their safety check features to let users in the vicinity inform their friends that they were safe and get nearby support.

Facebook created a page, titled "The attack in Barcelona, Spain" which users used to "check in as safe", The Telegraph reported on Thursday.

The page also included helpful phrases for those who might be affected.

Facebook Safety Check was introduced in 2011 and was used for only natural disasters until 2015 Paris attack.

It was later widely used in terror attacks that took place in London, Nice and Berlin.

"When Safety Check is activated, users who Facebook determines to live or spend a lot of time in the affected area are sent a push notification asking if they want to check in as safe," the report explained.

The feature sends a notification to friends of those who check in - confirming they have been marked as safe.

This also opens up ways for the people to offer help for those who are in need of help like food, shelter or medicines.

On the similar lines, Facebook introduced "Community Help" feature in February and claimed that it was inspired by the response to flooding in Chennai in which many people opened up their homes for the affected.