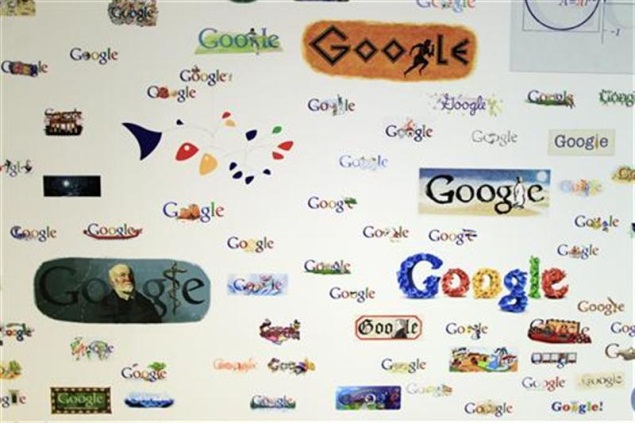 The arrest of a top Google executive is reviving a debate about Brazilian laws that hold services such as YouTube responsible for the videos posted on them, making the country a hotbed of attempts to stifle digital content.

Legal experts said Thursday that Google violated a judge's order to take down videos on its YouTube subsidiary that target Brazilian political candidates and that the judge was completely within the law in issuing the arrest warrant.

But they said the arrest of Fabio Jose Silva Coelho, the head of Google Inc.'s Brazil operations, underscores the need to modernize laws that treat offensive material on the Internet like material that is carried by newspapers, television and radio, holding platforms such as Google responsible for user-provided content.

Coelho was released shortly after his arrest Wednesday and agreed to appear before a court at an as-yet undetermined time. On Google's official Brazil blog, Coelho wrote Thursday night that the company was forced to block the video in the case for which he was arrested after the company lost its final appeal.

"We are deeply disappointed that we have never had the full opportunity to argue in court that these were legitimate free speech videos and should remain available in Brazil," he wrote. "Despite all this, we will continue to campaign for free expression globally."

"Our laws trying to govern the Internet are outdated," said Jose Guilherme Zagallo, head of the Brazilian bar association's commission focusing on information technology law. "It's not clear who is responsible for content, and that creates uncertainty for Internet companies, users and judges, who are left to interpret laws not written for the Internet."

Brazil's strict electoral laws limit what critics can say on television, radio and the Internet about candidates for office. On several occasions in recent years, media outlets have faced stiff fines for breaking the laws, but few if any officials were arrested.

Google's alleged infractions, however, are more widespread, simply because of its omnipresence. Ahead of municipal elections in Brazil next month, Google has received requests in more than 20 states to remove videos that allegedly violate those restrictions.

Google has faced a landslide of content-removal requests around the globe, including in the U.S., but Brazil makes more requests than any other nation, according to the company's summary of all the demands. Most such demands relate to legitimate attempts to enforce laws on issues ranging from personal privacy to hate speech.

Brazilian government agencies alone submitted a total of 194 content-removal requests during the final half of last year, according to a summary released by Google in June. Running just behind that was the United States, where police, prosecutors, courts and other government agencies submitted 187 requests to remove content over the same period.

Google says it complied fully or partially with 54 percent of Brazilian removal requests in the last half of 2011. Most requests involved YouTube and charges of defamation. Other requests involved the social networking site Orkut and requests to remove illegal content, such as child pornography.

Separately this week, another Brazilian court ordered YouTube to remove clips of an anti-Islam film that has been blamed for deadly protests by Muslims around the globe. Google is now selectively blocking the video clips in countries that include Libya and Egypt. Google has said it made the decision to block the video in such places due to "the sensitive situations" there.

Brazil's legal action targeting a Google executive, while rare, is not unprecedented. In 2010 in Italy, a judge held three Google executives criminally responsible for an online video of an autistic teenager being bullied. The executives were given six-month suspended sentences.

A judge in Mato Grosso do Sul state ordered Coelho arrested because the company had not removed YouTube videos making incendiary comments about an alleged paternity suit aimed at Alcides Bernal, who is running for mayor of the city of Campo Grande.

"Being a platform, Google is not responsible for the content posted on its site," the company said in a statement this week.

Bruno Magrani, a researcher at the Center for Technology and Society at Rio de Janeiro's Getulio Vargas Foundation, said that unlike the United States and some other countries, Brazil doesn't have legal protections for online service providers that host content provided by third parties.

There is pending legislation that would provide some protection for intermediaries such as Google. Earlier this month the company joined Facebook and online retail site MercadoLivre in sending an open letter supporting the passage of the law, called Marco Civil.

"Marco Civil establishes that providers of Internet applications are not responsible for content published by users," the letter says. "Various economic, social and legislative factors justify not holding providers responsible; without that protection, the use of online applications and platforms would be limited, which would be a loss to users."

While the measure would create some protections, it would not resolve the legal tangle facing Google's Coelho or prevent the situation from recurring, Magrani said.

The Marco Civil is general legislation, and could still be trumped by more specific electoral laws. Those laws treat an Internet platform such as Google as if it were a newspaper or a television station, holding it responsible for its content.

"It's a very serious situation," Magrani said. "Brazil needs to change its electoral law to accommodate the nature and the characteristics of the Internet. The Internet cannot be treated in the same way as traditional media."

First, he said, an Internet company cannot evaluate all the content it carries in the same way a newspaper or television channel can because of the sheer volume.

Second, "the Internet has no editor. And we don't want an editor," Magrani said.

He said asking a company to determine what users can upload is a dangerous step that could undermine freedom of information.

"If we continue threatening to jail heads of companies who don't verify content before it goes on the Internet, we will end up living in a state of censorship," he said. "If the company is running a high risk, it'll start posting less and less material. If companies start to feel afraid of retaliation, they'll start censoring."

The lack of protections for Internet platforms can also have a chilling effect on the development of small- and medium-size high-tech companies in Brazil that don't have the resources of big companies like Google, Magrani said.

The federal government is investing heavily to promote the tech sector, but Brazilian legislators need to diminish legal risks for startups, he said.

"It's like we live in a silent, disguised dictatorship. When we had our real dictatorship, at least you knew for certain what you could and couldn't say," Garcaz said. "Political speech can be censored at any time and it's moving into the Internet, exactly where people speak out."