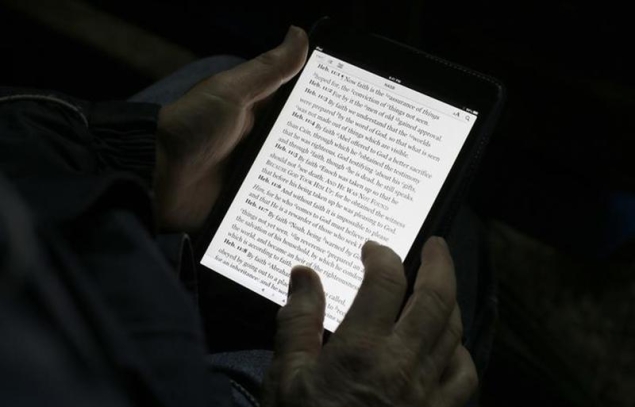 Apple Inc couldn't have been too surprised on Wednesday when a judge slammed the company for violating antitrust laws over ebook pricing - the judge had warned in May that she believed the government could prove its case.

Accused of playing a central role in a conspiracy with publishers to eliminate retail price competition and raise ebook prices, Apple says it has done nothing wrong.

But in addition to defending its honor, the U.S. tech giant has strategic reasons not to settle and to continue fighting the decision as it has said it will do.

Chief among those is preserving its negotiating power in future content deals and its ability to control every aspect of its online stores, including pricing.

Responding to aggressive forays by Google Inc and Amazon.com Inc into online video and music services, Apple is in discussions with Hollywood studios and record companies. It may fear that caving to the Justice Department on ebooks will embolden its sparring partners, business and legal experts say.

A key issue is the use of the so-called most-favored nation status - part of its agreement with publishers, which gives Apple the right to match lower prices offered by a competitor operating under the wholesale model such as Amazon.

Settling with the government would likely tie Apple to increased oversight, along with legal restrictions of most-favored nation clauses in the ebook market, said Chris Compton, a California antitrust lawyer who represents tech companies.

"Apple may have well felt they needed to protect their ability to continue using that kind of clause in their other product lines," Compton said.

Apple even got some favorable language in the ruling by U.S. District Judge Denise Cote in New York, who stressed she did not intend to issue a blanket ban on specific tools Apple employs - like most favored nations clauses from a company's arsenal. She also took pains to limit her opinion to the specific events in the ebook market in 2010.

"It does not seek to paint with a broader brush," wrote Cote. It is uncertain whether Apple would have got a similar disclaimer had it settled with the Justice Department.

Apple used a most favored nation clause in one of its music agreements, though the music had been purchased under a wholesale model, Cote wrote.

Apple's argument
Apple argues that its entry into ebooks in 2010 injected much needed innovation and competition into the market.

Daniel Crane, an antitrust professor at the University of Michigan Law School, said the 2nd U.S. Circuit Court of Appeals could take a very different view of the evidence, focusing more on the fact that rival Amazon sold ebooks below cost.

Before Apple entered the ebook market, Amazon's strategy involved buying ebooks at wholesale prices and then selling them below cost to promote its Kindle reading device. This damaged publishers by driving sales away from brick and mortar outlets.

Apple convinced publishers to enter into "agency agreements," in which publishers were able to set prices and then pay 30 percent commissions to the Cupertino, California-based company.

Critical to those agreements, however, were the most favored nation clauses. With Apple able to match any lower prices in the market, publishers forced Amazon to adopt the agency model as well, thus raising prices for consumers, according to Cote's ruling.

Cote called it "wrong" for Apple to contend that it acted to stop Amazon's monopolistic practices, and Crane said Apple will hit that argument hard in its appeal.

Several publishers settled before trial and agreed to pay more than $166 million combined to benefit consumers. They also agreed to end their pricing agreements with Apple.

Apple is, however, in the enviable position of being able to afford such a costly proceeding and hundreds of millions in potential civil damages.

"This is not a bet your company case," said Crane.