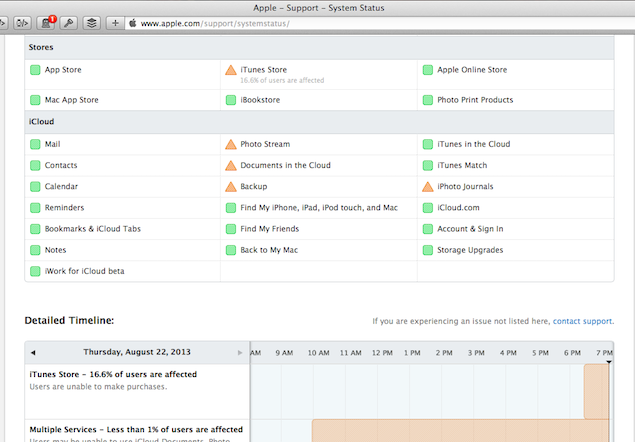 Apple's system status page says that 1 in 6 iTunes Store users were unable to make purchases for a 45 minute period on Thursday.

The System Status page over at apple.com says users have were affected by the issue between 6:27PM IST and 7:12PM IST. The page says "16.6% of users were affectedUsers were unable to make purchases."

The page also notes another ongoing issue with iCloud, Apple's cloud service impacting "less than 1% of the users."

Apple says "Users may be unable to use iCloud Documents, Photo Stream, iPhoto Journals, or Backup & Restore. Users may also be unable to send or download attachments in iMessage." The page lists the problem has been ongoing since around 10:00AM IST, or more than nine-and-a-half hours at the time this post was last updated.