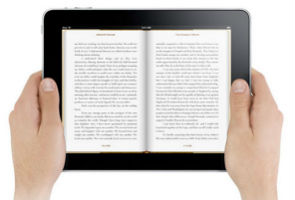 Apple Inc and four major publishers have offered to let retailers such as Amazon.Com Inc sell e-books at a discount, in a bid to end an EU antitrust investigation, the European Commission said on Wednesday.

Apple and the publishers, with the exception of Penguin, have offered to settle with the Commission, which began its inquiry last December.

"For a period of two years, the four publishers will not restrict, limit or impede e-book retailers' ability to set, alter or reduce retail prices for e-books and/or to offer discounts or promotions," the European Commission said in its Official Journal, detailing the offer under consideration.

Reuters reported the proposal on August 31.

The Commission said the publishers and Apple also offered to suspend "most-favoured nation" contracts for five years. Such clauses barred publishers from deals with rival retailers to sell e-books at prices lower than those set by Apple.

The EU watchdog said third parties have a month to provide feedback on the proposals. If the response is positive, the Commission will end its investigation.

HarperCollins, Simon & Schuster and Hachette reached a settlement with the U.S. government in April with similar proposals.

According to analysts at UBS, e-books account for about 30 percent of the U.S. book market and 20 percent of sales in Britain, but are still negligible elsewhere.

Robot that works alongside humans launched in US
ZTE to launch smartphone with Mozilla Firefox OS next year: Report