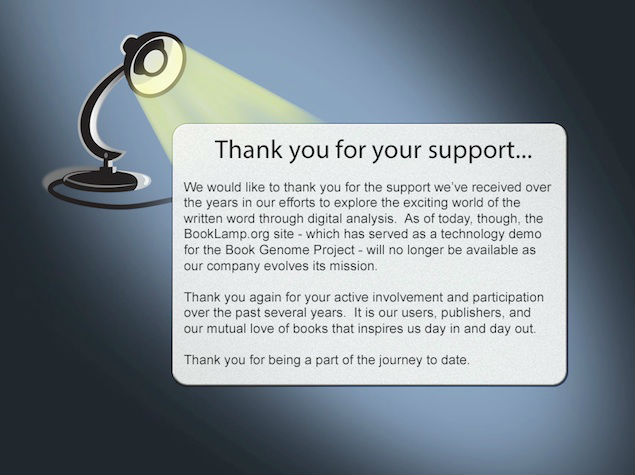 According to a report, Apple has acquired a small startup out of Boise, Idaho, called BookLamp, to help revamp its iBooks service, specifically bringing in personalised book recommendations for users, and improving search and categorisation. BookLamp tech could also help in choosing what needs to be highlighted on the iBooks homescreen.

The Cupertino giant has not confirmed the acquisition beyond its customary, "Apple buys smaller technology companies from time to time, and we generally do not discuss our purpose or plans." BookLamp before its reported acquisition provided book analytics services to several companies, and was best known for the Book Genome Project, which analysts the natural language content of a book to come up with style of writing, plot structure, themes and motifs et cetera, which could be used to provide book, and author suggestions.

BookLamp was reportedly involved in a number of B2B projects and even working on a initiative called, "Pandora for books". The deal, first reported by TechCrunch, says it was first tipped off anonymously about the acquisition, and did some digging around to find some other evidence and another source. The report claims that the acquisition amount is over $10 million but less that $15 million. Interestingly the report mentions that while BookLamp's CEO Aaron Stanton said he was unavailable to share details (which was taken to be another confirmation of sorts because of Apple's strict gag order policies).

The report also details that several employees from BookLamp were relocated to the Cupertino area. And to 'keep up appearances' as the report mentions, it still has an office in Boise and one in Cupertino, a practice that reportedly is common among other Apple acquisitions. If one visits the BookLamp webpage a message displayed there reads, "We would like to thank you for the support we have received over the years in our efforts to explore the exciting world of the written word through digital analysis. As of today the BookLamp.org site- which has served as a technology demo for the Book Genome Project- will no longer be available as our company evolves it's mission."

According to a TechCrunch source, Apple bought BookLamp to ensure the startup's work was done solely for it, and, said the tech Apple bought would help it "beat Amazon at [its] own game." Apple with the talent and technology acquisition also be building a competitor to Amazon's X-Ray, which lets readers see where and how often terms or characters are found in a book.