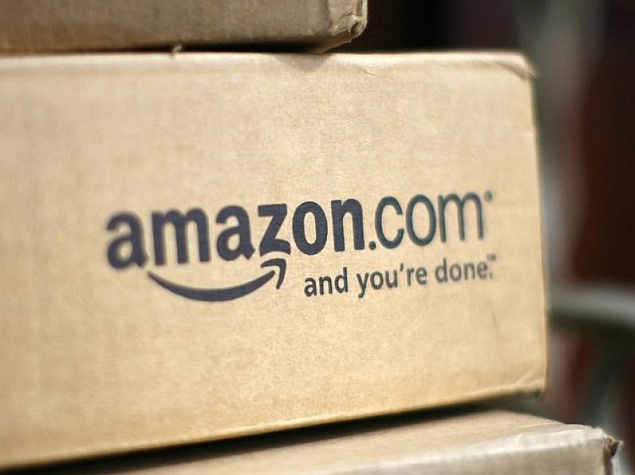 The jump in shares - setting up the stock for its best trading day in five years - takes Amazon's market capitalization to about $270 billion (roughly Rs. 17,29,913 crores), overtaking Wal-Mart Stores Inc.

Operating margins at the unit jumped to 21.4 percent from 7.7 percent.

"Product sales are Amazon's bread, but AWS is its butter," Wedbush Securities analyst Michael Pachter said in a note, raising his price target on the stock by 21 percent to $700 (roughly Rs. 44,850).

Of the 43 analysts covering the stock, 34 have "buy" or higher ratings, according to Thomson Reuters data.

Investors have raised concerns that the company's aggressive spending may not pay off. But strong growth in AWS and positive commentary on Amazon Prime delivery service could assuage some fears.

"That, coupled with the continued strong growth in both revenue and margins at AWS, moves us from cautious to optimistic on the next year of growth for Amazon."

Amazon, which last reported a profit in the fourth quarter of 2014, considers AWS its main engine of growth, along with Amazon Prime and Marketplace, where the company acts as a middleman for third-party vendors.

Amazon broke out AWS revenue and income for the first time in the first quarter.