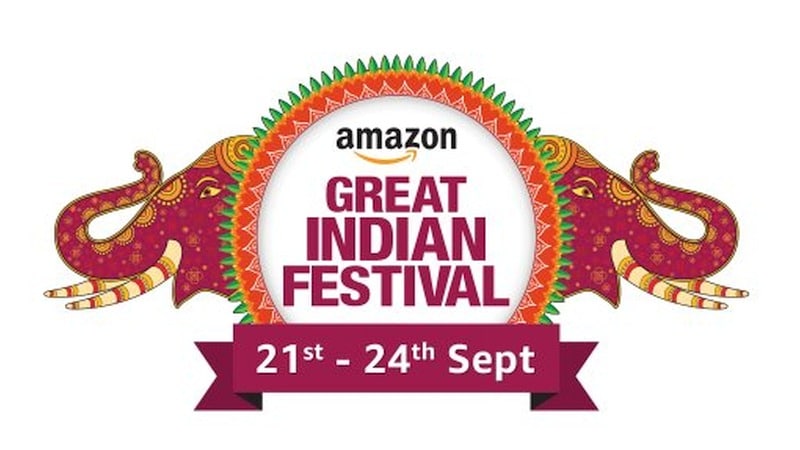 Amazon's aggressive bet on India's festive sales is chugging along smoothly for the company. The four-day Great Indian Festival Sale, which Amazon India ended on Sunday, was the biggest shopping event ever for the company since it entered India four years ago, the e-commerce giant said on Monday.

Smartphones and large appliances were again the hottest products on Amazon India website during the sales period, the company said. Compared to the sale at Diwali last year, the company sold 2.5 times more smartphones, and four times more products in large appliances category. Overall, the e-commerce giant, which fights with Flipkart for the tentpole position in that space in the country, said it was tremendously happy with the performance it has seen during the sales ahead of Diwali.

Amazon also boasted of winning new customers through the sales. More than 85 percent of new customers came from small towns and cities, the company said. As Amazon and Flipkart both mature their businesses, they are increasingly looking beyond metro and other tier 1 cities.

The outcome will certainly please Amazon India, which has been increasingly looking at selling smartphones as a way to win new customers in the country. In a recent interview, an Amazon executive said smartphones in particular attract potential customers, and they the new customers tend to shop more often on the website. The festival Diwali, which tends to see customers spend heavily on new purchases, is often times the most successful sales period for e-commerce giants.

Through Project Udaan, Amazon India appoints offline associates across retail points such as medical stores and grocery stores. It provides them with equipment and resources to place orders from Amazon India website. The company said its Udaan network has doubled from 6,000 stores to 12,000 stores across 21 states and 1,000 towns in India. Sales through Udaan network has grown by 12 times since last Diwali.

But for the company, it was also comforting to find that Prime memberships continues to be popular among its customers. During the last week's sale, Amazon also offered a range of payment options to make it comfortable for its customers to pay for products. The company said, one day one it saw 41 times more number of people avail the exchange offer, in which it allows customers to avail a discount when they turn over an old product. The Buy Now, Pay Next Year scheme, which Amazon introduced last week, accounted for 44 percent of overall number of EMIs (instalment) availed by the customers.