Amazon Threatened by German Union With Long Fight Over Wages 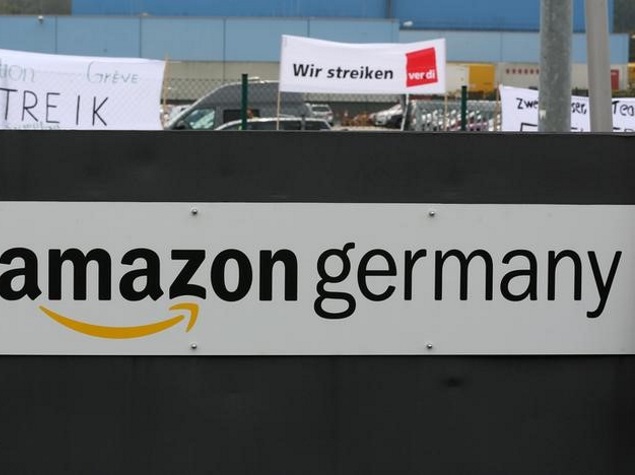 Verdi has organised frequent strikes at Amazon since May 2013 as it seeks to force the retailer to raise pay for warehouse workers in accordance with collective bargaining agreements across Germany's mail order and retail industry.

"Amazon counts as a retailer," Verdi board member Stefanie Nutzenberger said at an event on Wednesday evening in Duesseldorf. "They are a competitor of store and catalogue retailers."

Amazon has repeatedly rejected the union's demands, saying it regards warehouse staff as logistics workers and that they receive above-average pay by the standards of that industry.

A spokeswoman said Amazon was a fair and responsible employer even without a collective wage deal.

"That is no easy conflict. We are sticking with it and will continue our work stoppages, also at Christmas again if necessary," Nutzenberger said.

"Two years are not a long time in the fight for collective bargaining," she said, adding it took Verdi seven years to achieve its goals at Swedish furniture giant IKEA.

Nutzenberger said she was not worried that the strikes could push Amazon to serve German clients from warehouses in neighbouring countries.

"Amazon needs the German locations," she said. "There is no reason to change our strategy."

Germany is Amazon's second-biggest market after the United States with 10,000 warehouse staff plus more than 10,000 seasonal workers.