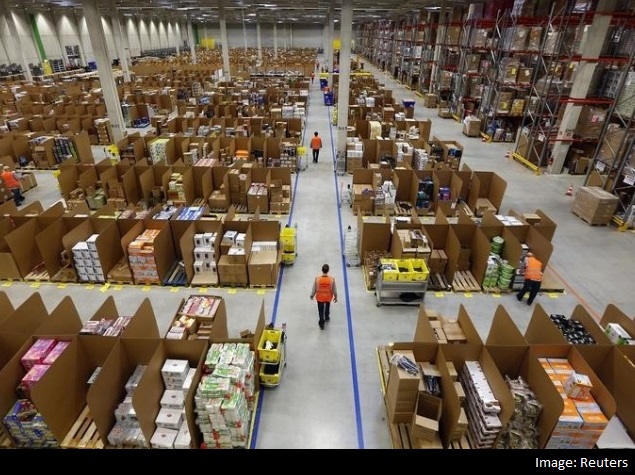 The Everything Store is shrinking again.

Amazon customers who want to order forthcoming Warner Home Video features, including "The Lego Movie," "300: Rise of an Empire," "Winter's Tale" and "Transcendence," are finding it impossible to do so.

The retailer's refusal to sell the movies is part of its effort to gain leverage in yet another major confrontation with a supplier to become public in recent weeks.

In a standoff with the Hachette Book Group, Amazon is refusing to take advance orders and delaying shipments. Amazon and Hachette are wrangling over e-book terms. The retailer is in a third standoff in Germany, with the Bonnier Media Group.

Disputes between retailers and vendors happen every day. What is unusual here is not Amazon's relentless desire to gain margin from its suppliers, but the suppliers' growing resolve to hold the line. If other suppliers adopt the same attitude, that might have significant implications for Amazon's pell-mell growth.

The confrontations indicate that Amazon's long-stated desire to sell everything to everybody might be taking a back seat. The biggest book release in the middle of June is the new J.K. Rowling novel from Hachette; the biggest movie is "Lego." Amazon is basically telling its customers to go elsewhere for them, which is a very un-Amazon thing to do.

Amazon started refusing preorders for the Time Warner movies in mid-May. That frustrated some customers, who voiced their displeasure on its forums.

"This has got to be the most eagerly awaited 2014 movie being released so far - kids movie, adults like it too, the first good 2014 film," wrote one movie buff about "Lego." "Oh well, Amazon may be digging their own grave if they keep this up."

The retailer's page for the movies says that customers' only option is to sign up to be notified when they become available.

A Warner Bros. spokesman said it was the company's "general policy not to comment on contract terms or any other proprietary information having to do with our partners."

In the middle of the Hachette confrontation, Amazon issued a statement saying disputes with suppliers were routine. It also said people who really wanted the books immediately should go to a competitor.

(Also see: Hachette's Chief on Front Lines in Fight With Amazon Over E-Books)

There is no resolution in sight to the Hachette standoff. Amazon's tactics with Warner Home Video are unlikely to provoke as much of an uproar, since DVDs do not carry the cultural weight of books. And the films are readily available from other vendors, including Target and Barnes & Noble. Neither does Amazon seem to be imposing lengthy shipping delays on the DVDs once they go on sale, one of the things that provoked particular ire with Hachette.

The delays with Hachette books took weeks to become public. So have the issues with the videos. "Considering all the press regarding Hachette it seems strange that no one is reporting this," one commentator wrote on the Amazon forum.

One of the few websites that did notice something was going on with the movies was Digital Bits, which briefly noted that it had learned "through industry sources" that "preorders on Warner titles have been suspended" until there is a new contract.