Amazon Says It Is 'Not Optimistic' About Striking Hachette Book Deal 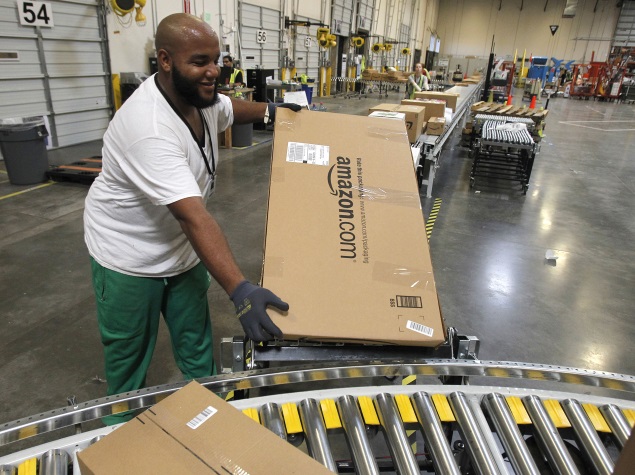 Online commerce titan Amazon.com on Tuesday said it doubted that it would soon bury the hatchet with book publisher Hachette.

Negotiations between Hachette and the biggest book seller in the United States over pricing, discounting and other terms for selling works have been unsuccessful.

"The two companies have so far failed to find a solution," Amazon said in a post at an online Kindle forum.

"Though we remain hopeful and are working hard to come to a resolution as soon as possible, we are not optimistic that this will be resolved soon."

Amazon is pressuring the Hachette Book Group, a subsidiary of French company Lagardere, as the two renegotiate their contract, according to US media reports.

Noticed tactics include delaying delivery of Hachette books and not discounting works handled by the publisher, and suggesting that readers looking for some Hachette titles might enjoy a book from another author instead.

Amazon.com said Tuesday that it has cut its inventory of print books from Hachette and is no longer taking pre-orders on works slated for release by the publisher.

Amazon.com maintained that the discord with Hachette affects a small percentage, along the lines of a dozen out of every thousand, of the Kindle-maker's book sales.

"If you do need one of the affected titles quickly, we regret the inconvenience and encourage you to purchase a new or used version from one of our third-party sellers or from one of our competitors," Amazon said.

Hachette early this month confirmed that many of its older titles and a few new releases sold by Amazon were being hit with shipping delays that it attributed to the negotiations with the e-retailer.

Amazon has a reputation for negotiating hard to push down prices for the goods it sells online.

In a turn that may have emboldened Amazon, US Justice Department triumphed in at e-book anti-trust against Apple.

Last year, the judge who found Apple guilty of illegal price-fixing for e-books ordered the tech giant to steer clear of new contracts with publishers which could violate antitrust law.

US District Judge Denise Cote ordered Apple to refrain from any agreement with publishers "where such agreement will likely fix, or set the price at which other e-book retailers can acquire or sell e-books."

The order followed the judge's July ruling that Apple illegally conspired with publishers, including Hachette, to boost the price of electronic books.

Apple can still sell e-books through its online channels, but cannot make any special arrangements or collude with publishers to fix prices.

The trial focused on a six-week period in late 2009 and early 2010 during which Apple negotiated contracts with publishers ahead of its iPad launch and proposed a new and more profitable business model.

Apple's deals with five major publishers aimed to undo the "wholesale" pricing model set by Amazon by shifting to an "agency" model where publishers set the price and paid a 30 percent commission to Apple.

Cote sided with the government on charges that Apple helped orchestrate the industry's shift. Apple is appealing the decision.

"To me, the current situation proves that the Justice Department's view was wrong and Amazon is not strictly interested in low prices for consumers," lawyer turned famous author Scott Turow was quoted as saying Tuesday in the Chicago Tribune newspaper.

"They are interested in using their market power to their own advantage and to pad their bottom line. The problem that Hachette is experiencing right now is that there really is nowhere else to go."