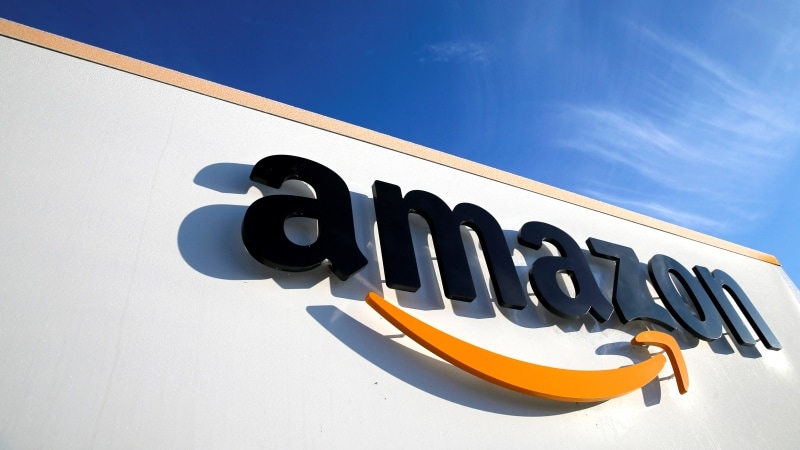 Amazon.com is reconsidering its plan to bring 25,000 jobs to a new campus in New York City, according to two people familiar with the company's thinking, following a wave of political and community opposition.

Hailed as an economic triumph when it was announced by Gov. Andrew Cuomo, D, and Mayor Bill de Blasio, D, the project now faces withering criticism from some elected officials and advocacy groups appalled at the prospect of giving giant subsidies to the world's most valuable company, led by its richest man. (Amazon founder and chief executive Jeff Bezos also owns The Washington Post.)

In the past two weeks, the state Senate nominated an outspoken Amazon critic to a state board where he could potentially veto the deal, and City Council members for the second time aggressively challenged company executives at a hearing where activists booed and unfurled anti-Amazon banners. Key officials, including freshman US Rep. Alexandria Ocasio-Cortez, D-N.Y., whose district borders the proposed Amazon site, have railed against the project.

No specific plans to abandon New York have been made. And it is possible that Amazon would try to use a threat to withdraw to put pressure on New York officials.

But company executives have had internal discussions recently to reassess the situation in New York and explore alternatives, said the two people, who spoke on the condition of anonymity to speak candidly about the company's perspective. The company has not leased or purchased office space for the project in the Queens neighbourhood of Long Island City, making it easy to abandon its commitment.

Unlike in Virginia, where elected leaders quickly passed an incentive package for a separate headquarters campus, and Tennessee, which has embraced plans for a smaller facility, final approval from New York state is not expected until 2020.

"The question is whether it's worth it if the politicians in New York don't want the project, especially with how people in Virginia and Nashville have been so welcoming," said one person familiar with the company's thinking.

Asked to comment on the possibility that the New York deal might founder, Amazon spokeswoman Jodi Seth said: "We're focused on engaging with our new neighbours. . . . Whether it's building a pipeline of local jobs through workforce training or funding computer science classes for thousands of New York City students, we are working hard to demonstrate what kind of neighbour we will be."

Amazon has hired a lobbying firm and a public relations firm in New York and recently advertised for a "senior community affairs manager" to "focus on developing a positive partnership with local stakeholders, community groups and nonprofits."

At the same time, the two people said company executives may be reaching an inflection point as they prepare for a third City Council hearing and a session of the state's Public Authorities Control Board, which typically would have to OK the project.

"I think now is the time for Amazon to make a decision because it has to start hiring," said one person. "At some point, the project starts to fall behind."

New York state and city officials have played down the chances that the deal will fall through. They point to opinion polls showing strong public support for the project and say Cuomo and de Blasio will fight hard for it.

But officials are furious at the nomination of Sen. Michael Gianaris, D-Queens, who is deputy majority leader of the Senate and a strong opponent of the deal, to the Public Authorities Control Board, where he could effectively kill the project.

Cuomo, who has not said whether he will accept Gianaris's nomination, called the Senate action "governmental malpractice."

"It's a very small group of politicians who are pandering," Cuomo said Friday after The Washington Post reported Amazon was reassessing its plans. "The problem is the state Senate has adopted that position, and that's what could stop Amazon. And if they do, I would not want to be a Democratic senator coming back to my district to explain why Amazon left."

Gianaris described the possibility that Amazon would pull out of the deal - which totals up to $3 billion in state and city incentives - as akin to blackmail.

"Amazon has extorted New York from the start, and this seems to be their next effort to do just that," he said. "If their view is, 'We won't come unless we get three billion of your dollars,' then they shouldn't come."

The resistance in New York contrasts with the warm welcome Amazon has received in Virginia, where Gov. Ralph Northam, D, signed a law on Tuesday authorizing up to $750 million in state subsidies for the Arlington headquarters.

Northam, Lt. Gov. Justin Fairfax, D, and Attorney General Mark Herring, D, have been engulfed in recent days by scandals involving past personal behavior. But the two people familiar with Amazon's plans said company leadership is not concerned those controversies will hamper their project.

It's unclear what Amazon might consider as a Plan B if the New York project falls through. It could forgo the incentive package and hire employees on a smaller scale, as competitors including Google are doing. Or Amazon could search for another jurisdiction to get some or all of the jobs.

Resistance to Amazon in New York is well organized and energetic, based in unions and community groups. Canvassers have gone door-to-door to warn people in Queens of looming rent hikes and displacement, much as Seattle experienced during the company's explosive growth there.

Gianaris, Van Bramer and some others who previously supported bringing Amazon to the city have changed their position, partly because they were unhappy that the deal was structured to bypass City Council approval.

Critics portray the New York struggle as a national test for populist forces confronting big companies' influence, and for the contest within the Democratic Party between its grass-roots and business-friendly wings.

"We are dealing with an era of unprecedented corporate power in this country," Gianaris said. "This Amazon deal represents a tipping point that is going to set the stage for what this country is going to be going forward."

Amazon surprised the nation in November by announcing that it would split its much-publicized second headquarters between Arlington and Long Island City, with employees at each site earning an average of at least $150,000 a year. Initially, the company said it planned a single location with all 50,000 jobs.

The divergent reactions in New York and Virginia arise from political and economic differences between the two, officials and analysts say. New York is a pro-labour city, whereas Virginia is a right-to-work state where employees cannot be obliged to join a union as a condition of employment. Amazon has opposed attempts to unionise its workforce and said it would do the same in New York.

"What Amazon is looking to do is come in and change the values of our city," said Stuart Appelbaum, president of the Retail, Wholesale and Department Store Union.

New York also is straining from the effects of rapid economic growth, while Arlington is eager to attract investment to Crystal City to offset the loss of thousands of federal government jobs over the past 14 years.

The community around Long Island City is home to legions of grass-roots organizations that were already unhappy about gentrification. Some also fault Amazon for selling facial-recognition technology to law enforcement agencies and partnering with companies that work with U.S. Immigration and Customs Enforcement.

The activists have occupied an Amazon store in Manhattan, marched in Albany and demonstrated at the office of Assemblywoman Catherine Nolan, D-Queens, who supports the deal.

"The geography in New York has brought together a lot of threads of activism who were really ready to react to this kind of announcement and were particularly outraged," said Deborah Axt, co-executive director of Make the Road, an organization of low-income immigrants and communities of color.

Northern Virginia, Axt said, does "not have quite the pool of amazing champions ready to jump into the fray as we're fortunate to have here in New York."

In Virginia, almost all state and local leaders support Amazon's arrival, despite opposition by Tenants and Workers United, Our Revolution Arlington and some members of Indivisible Arlington, which have staged small protests at community meetings.

The Arlington County Board is putting final touches on a proposed $23 million local incentives package, which it is expected to approve in March or later.

"Most people think this is a great opportunity," Board Chair Christian Dorsey, D, said.

The board is pressuring Amazon to sign a project labour agreement that ensures a living wage, proper job classifications and safety standards for all those employed by construction contractors and subcontractors. "They have emphatically not promised anything," said board member Erik Gutshall, D. "But I didn't get the sense that any of those things was a non-starter."

Residents of the neighbourhoods around the Arlington site worry about rent increases, spiking property taxes and paralysing traffic. But neither they nor the progressive groups lobbying against the company appear to have enough political clout to block the deal.

In New York, critics are hoping that Amazon will tire of devoting time and money to fighting a battle it didn't expect.

"The way these fights work, you push on each and every little thing," Van Bramer said.

That approach was sure to worry Amazon, whose vice president for policy, Brian Huseman, told the recent City Council hearing, "We want to invest in a community that wants us."