Amazon Said to Be Close to Unveiling Music Streaming Service 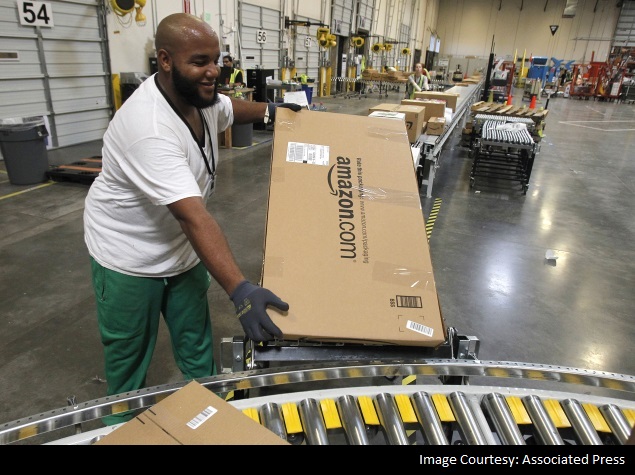 Amazon is planning to introduce a limited music streaming feature as early as Thursday, according to several people briefed on the company's plans.

The new feature, which has been rumored in the music industry for months, will give subscribers to Amazon's Prime service access to thousands of songs free and without interruptions from advertising. But it will omit most new releases, and will not include the catalog of the Universal Music Group, the world's largest music company, according to these people, who spoke on the condition of anonymity.

Amazon, already one of the biggest retailers of music downloads, is adding the streaming feature as a sweetener for its Prime customers, whose annual subscription fee was recently raised to $99 from $79. Prime subscribers get free shipping on orders as well as other perks like free access to some movies and television shows. The new music feature will offer a wide but limited selection of titles, and for the most part will not include current hits.

An Amazon spokeswoman did not immediately respond to a request for comment Wednesday.

Licensing negotiations with record labels and music publishers began about six months ago, but were slowed by disagreement over financial terms that many music companies considered low.

Amazon told most small labels that in exchange for one-year licensing agreements they would be offered shares of a $5 million royalty pool, to be divided by a market-share formula of Amazon's choosing, said two people who were involved in the negotiations. Bigger labels and distributors were offered larger one-time payments for access to certain titles. Amazon initially set out offering about $25 million in these fees, but it is unclear whether negotiations resulted in any change to this figure.

Sony and Warner Music, two of the three major labels, have signed such deals. But Universal, whose catalog includes stars like Lady Gaga, Katy Perry and Kanye West, never came to an agreement with Amazon.

After Amazon's proposed contracts for songwriting rights were rejected by many music publishers, the company used an outside firm to obtain "compulsory" licenses through federal copyright provisions. That process is common, but implies that Amazon may make more limited use of songs than it had originally contemplated.

With a relatively small catalog, Amazon's service is not seen as a major threat to companies like Spotify, Rhapsody and Beats, which offer millions of songs. But Amazon's sheer size gives it a big advantage. The company recently announced that it had 244 million active customer accounts, and it is estimated to have more than 20 million Prime subscribers.

Amazon's scale may help it reach the millions of casual music consumers who so far have remained hesitant to sign up for any streaming service. That represents a big concern for the music industry as the streaming market matures and gradually replaces CDs and downloads as the way most people listen to music.