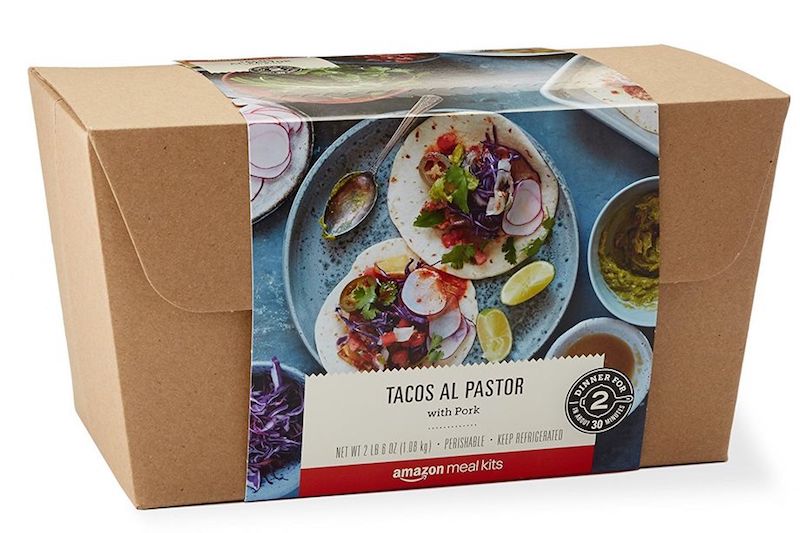 Amazon has begun selling ready-to-cook meal packages for busy households in a bid to expand its groceries business.

Amazon-branded meal kits come with raw ingredients needed to prepare such meals as chicken tikka masala and falafel patties. They can help households save time; a kit for salmon with soba noodles can be prepared in just a half-hour, for instance. But at $16 to $20 (roughly Rs. 1,000 to Rs. 1,200) for two servings, they can be more expensive than buying ingredients separately in larger quantities.

The development comes as Amazon is also buying the organic grocer Whole Foods for $13.7 billion, a deal that would give the company a foothold in both groceries and brick-and-mortar retailing. Amazon could ultimately use Whole Foods' more than 400 locations as distribution centers for all food services, including meal kits.

For now, Amazon's meal kits are sold only in selected markets. The Associated Press was able to place an order in Seattle, Amazon's headquarters. A similar search for meal kits in New York generated items only from third-party vendors such as Martha & Marley Spoon and Tyson Tastemakers. Amazon didn't respond to requests for additional information.

"I'm not sure any of this will work, but that's where they are headed," Pachter said in an email.

The food industry consulting firm Pentallect says meal kits represent a "rounding error" of $2.2 billion in a $1.5 trillion US food industry, but the firm forecasts growth of 25 percent to 30 percent a year over the next five years. Pentallect says that because relatively few households have yet to try meal kits, there's a lot of room for growth.

Amazon meal kits are available only through the AmazonFresh grocery-delivery program, which costs $15 a month and requires a separate $99-a-year Prime membership. Delivery costs an additional $10 on orders of $40 or less, though free pickup options are available in Seattle.

Sales appeared to have begun in late June, based on customer reviews.

Earlier this month, Amazon applied for US trademark protection for the phrase "We do the prep. You be the chef." for packaged food kits "ready for cooking and assembly as a meal." Amazon listed a range of food types, including meat, seafood, salads and soups.

Shares of a leading competitor, Blue Apron, fell nearly 14 percent to $6.36 this week as reports of Amazon's plans emerged at GeekWire and other news sites. That includes a 3.5 percent drop on Tuesday. Amazon's stock increased $14.41, or 1.4 percent, to close Tuesday at $1024.45.