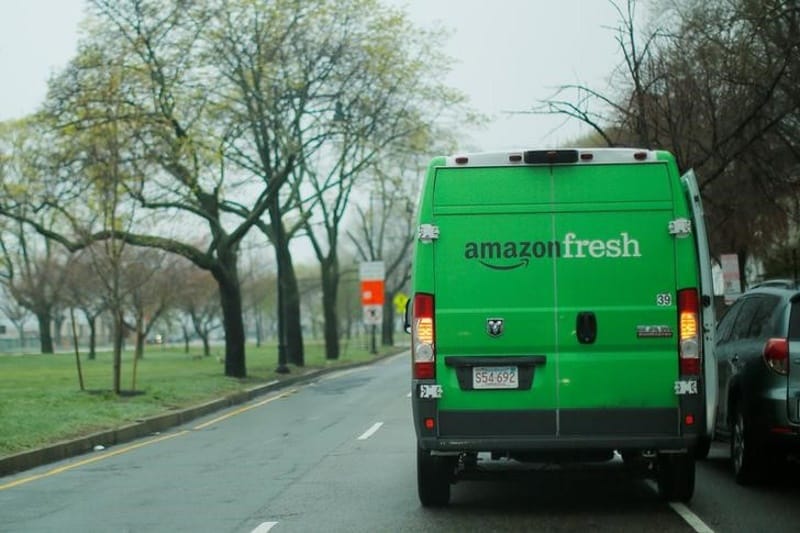 Amazon launched deliveries of fresh groceries in Berlin and neighbouring Potsdam on Thursday for members of its Prime subscription service, a move that could accelerate online sales of food that have been sluggish in Germany so far.

Amazon said in a statement that Prime members can choose from 85,000 products, including items such as chocolate, coffee and bread from 25 local stores, for EUR 9.99 ($10.87) a month for unlimited deliveries with a minimum order value of 40 euros.

Amazon's move into fresh groceries in its second biggest market outside the United States has been long anticipated and Deutsche Post DHL announced last week it had won a contract to deliver groceries for Amazon.

Amazon launched fresh food delivery services in Seattle in 2007 and has since expanded to a handful of other US cities. Last year it started the service in London.

Florian Baumgartner, director of AmazonFresh Germany, said the service would start in parts of Berlin and Potsdam and be gradually expanded to more areas based on the company's experience and feedback from customers.

Grocery e-commerce is yet to take off in Germany because the country has a high density of food stores and the dominant discounters Aldi and Lidl have been slow to go online.

But REWE, the country's second-biggest supermarket chain, has been investing heavily in e-commerce in anticipation of Amazon's move into food. It offers next-day delivery for EUR 3.90-5.90 and a minimum order value of 40 euros.