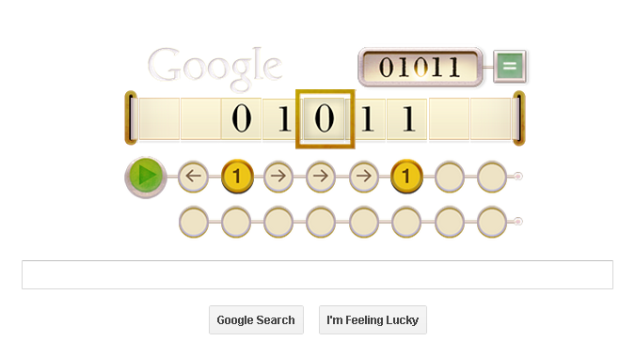 The World-War II code-breaker Alan Mathison Turing's 100th birthday is being celebrated in Google doodle today. Search giant has put up a very interesting doodle, which is actually a mock-up of Turing machine and users have to spell the word 'Google' in the binary code to solve it.

He worked for the Britain's Government Code and Cypher School during World War II and devised a number of techniques for breaking German ciphers.

Turing later created one of the first designs for a stored-program computer, the ACE.

As homosexuality was illegal in Britain in that period, Turing was criminal prosecuted for being gay in 1952. He accepted treatment with female hormones as an alternative to prison.

He died in 1954, just over two weeks before his 42nd birthday, from cyanide poisoning.

In 2009, British Prime Minister Gordon Brown apologised for the treatment meted to Dr Turing for homosexuality.

At the Salo end of Nokia's deep crisis
Flipboard for Android: First look