Airbnb Rolls Out 'Pay Less Up Front' Option for Bookings, but Not in India 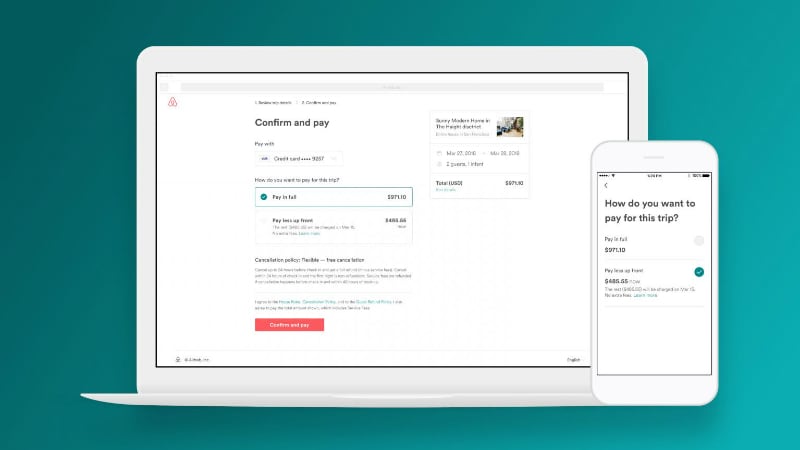 Airbnb on Monday announced the launch of a new feature on its platform. Called Pay Less Up Front, this feature lets Airbnb guests pay a part of the entire amount at the time of booking. The rest is payable later. Pay Less Up Front is aimed at providing Airbnb users with flexible payment options. The feature is available on iOS, Android, mobile website, and desktop but will not applicable for bookings done in India, Brazil, and China, according to an Airbnb spokesperson.

The new Pay Less Up Front service by Airbnb will enable users to pay a partial upfront amount (50 percent in most cases) at the time of booking, and the rest will be payable "closer to the check-in date". To qualify for Pay Less Up Front, the total stay will need to have a minimum amount of $250 (roughly Rs. 16,000). Additionally, the trip needs to booked at least 14 days from the check-in date in order to qualify.

Airbnb claims that 40 percent guests chose to use Pay Less Up Front, during the testing phase. Subsequent to the testing phase, Airbnb is rolling out the service across users, although bookings in India, Brazil, and China would not be eligible for it, like mentioned before.

"Pay Less Up Front helps our hosts as well. Given the ability to pay in installments, hosts won't lose out on bookings from cash flow-sensitive guests who prefer not to pay the entire amount up front. What's more, we've found that Pay Less Up Front encourages bookings further in advance: Compared with ordinary bookings, the Pay Less Up Front payment option led to bookings with nearly double the lead time, helping hosts to secure and manage bookings more easily." Airbnb said in a blog post announcing the feature.

Last month, Airbnb launched Virtual Reality (VR) and Augmented Reality (AR) features on its platform. This was aimed at improving user experience, allowing guests with an immersive experience to check out properties, homes, and cities.