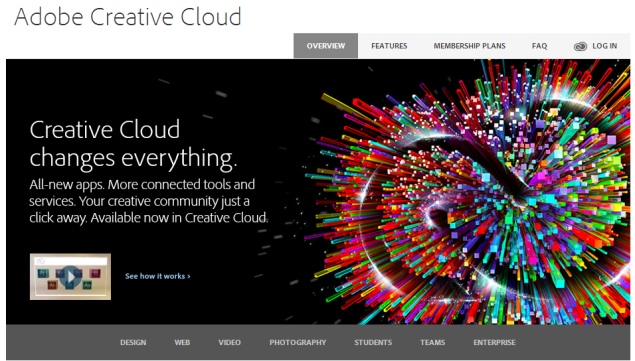 Adobe Systems Inc, the maker of Photoshop and Acrobat software, forecast current-quarter results below analysts' estimates but reported a 22 percent jump in the number of subscribers to its Creative Cloud suite from the preceding quarter.

The company's shares rose about 8 percent after initially falling 5 percent in extended trading.

Adobe added 402,000 subscribers for Creative Cloud, which includes Photoshop, Illustrator and Flash, in the fourth quarter, taking total numbers up to 1.4 million, up from the 331,000 it added in the third quarter.

"Investors are giving Adobe's management team credit for its progress despite the light profit to this point, and will likely continue to do so, as long as the number of new cloud subscribers continue to outpace expectations," Edward Jones' technology analyst Josh Olson told Reuters.

The company said in September it expects subscriber growth for Creative Cloud to top 331,000 due to strong demand from corporate customers.

Adobe has been shifting to web-based subscription service Creative Cloud from a licensing model since last year.

Subscription models bring in less money upfront as payment is spread over the entire period of use unlike traditional packaged software, but typically ensure more predictable recurring revenue.

Adobe said it expects revenue of $950 million to $1 billion in the first quarter.

The company forecast adjusted earnings of 22 cents to 28 cents per share.

Analysts on average were expecting earnings of 34 cents per share on revenue of $1.02 billion, according to Thomson Reuters I/B/E/S.

Excluding items, the company earned 32 cents per share, in line with analysts' estimate.