With Big Names and Money Flowing In, Tech Startups in India Heat Up 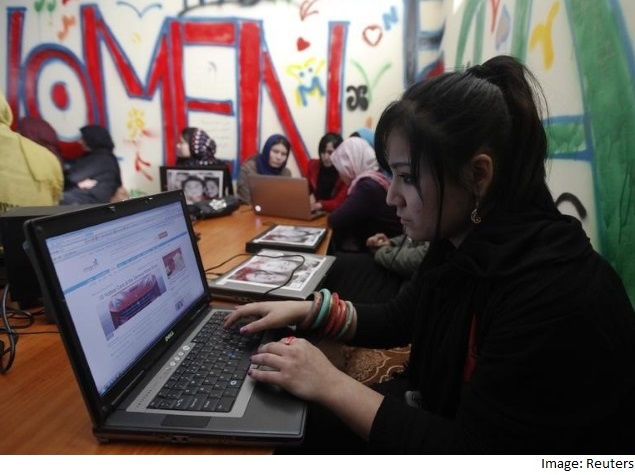 Venture capital firms, hedge funds and the likes of business executives such as Rupert Murdoch are all vying for a piece of India's rapidly growing e-commerce market - particularly companies aimed at the growing number of aspiring middle-class consumers.

It is a radical turnaround from just a few years ago, when fewer smartphones, a smaller number of Internet users, general government inertia and a lack of funding hampered many entrepreneurs and startups.

One example of the shift is how quickly the fortunes have turned around for Pranay Chulet, who returned to India in 2008 after consulting stints at PricewaterhouseCoopers and Booz Allen Hamilton. When he first set up an online classifieds portal called Quikr, the early years were grueling: Every investor he approached was skeptical about the idea of selling used goods, a social taboo in India.

It took Chulet three years to get Quikr its first backer. But now Tiger Global Management, Warburg Pincus and eBay are among its investors. Quikr soared to a $1 billion valuation (vaulting it to the ranks of so-called unicorns) after a funding round in mid-April involving its existing investors as well as Steadview Capital of Hong Kong.

Well-known investors like Masayoshi Son, the chief executive of SoftBank; Jack Ma, the executive chairman of Alibaba; and Murdoch, the media tycoon, have all made investments in India's e-commerce companies. They are going head-to-head with other experienced tech investors like Sequoia Capital and Accel Partners.

Son said he would pump $10 billion into India, joking during a visit that he was "speed dating" entrepreneurs to gauge their passion. Amazon's chief executive, Jeff Bezos, posed on a festooned truck holding a $2 billion check to be invested in the company's India unit.

India's market potential is enticing. Only 300 million Indians, or less than 25 percent of the country, are Internet users, and while that is already the second-largest Internet market in the world, after China, 5 million users are added each month, according to Rajan Anandan, Google India's managing director. The number of Internet users in India is expected to reach 500 million in three years, he said.

"Half a billion is a huge prize," said Ravi Gururaj, who helps technology-backed startups in his role as chairman of the product council of India's technology industry trade body, Nasscom.

It is such interest that has created several technology "unicorns" in India - or privately held startups worth $1 billion or more. The value of the online store Flipkart - whose backers include Tiger Global and Russian billionaire Yuri Milner's firm DST Global - rose to $11 billion from $3 billion in one year. The valuation of Snapdeal, a leading e-commerce site backed by SoftBank, rose to $2 billion from $350 million in 2014.

"No major market has multiplied at these rates in the history of this medium," said Kunal Bahl, co-founder and chief executive of Snapdeal.

As investors rush in, the stampede has brought its own set of challenges. Despite the optimism, none of India's e-commerce players are profitable yet. For now, it is a game of capturing market share, and the expenses are high as rivals try to distinguish themselves in front-page newspaper ads and prime-time TV commercials.

There is also the matter of the aggressive valuations that startup founders are demanding. News reports this year suggested that a deal between Alibaba and Snapdeal fell through because the two could not agree on a valuation.

With such inflated prices, investors ought to be wary. Any downturn could take with it hundreds of millions of dollars of their money.

"Follow-on financing offers land even before entrepreneurs have closed the previous round. It is a little chaotic," said Shailendra Singh, managing partner at Sequoia Capital in India, which has investments in the cab-summoning app Ola and the restaurant and food platform Zomato. Investors get sticker shock as entrepreneurs demand outrageous multiples and stiff premiums. Singh said some demands were "uncomfortably high."

Still, the investor interest and money are being aggressively put to use by startups like Flipkart, which has tripled its number of employees in one year, to 33,000 as of March. It says it has averaged 8 million shipments a month (compared with 3 million a year ago). It recently hired two Silicon Valley-based Google executives: Punit Soni, as its chief product officer, and Peeyush Ranjan, as its head of engineering. Both will be based in Bangalore, where Google has leased 1.5 million square feet for its new campus in an office park backed by the Blackstone Group, the private equity firm.

Already, the value of goods sold on Snapdeal - which offers goods as varied as bulletproof cars and luggage made in Mumbai's slums - exceeds that of India's largest offline retailers, said Bahl, its co-founder.

Other tech investors have been enticed by the quality of startups in India. Pepperfry, a furniture seller, raised financing from Bertelsmann and Norwest Venture Partners, and its rival Urban Ladder was backed by Steadview Capital Management and SAIF Partners. Furlenco, which offers monthly furniture rentals, was started by a former Goldman Sachs executive and received its backing from Lightbox Ventures.

Some big investors are finding themselves battling rivals. A real estate service, CommonFloor, got capital from Tiger Global to compete against its rivals Housing.com, backed by SoftBank, and PropTiger, backed by Murdoch.

Each of the two or three category leaders has 10 investors in pursuit. "That is driving up valuations. Everything is getting amplified," said Mukul Singhal, a principal at SAIF Partners.

Experts see India's e-commerce market at an inflection point. A recent Morgan Stanley report titled "The Next India" said Indian e-commerce would expand to $100 billion in revenues by 2020, from $2.9 billion in 2013, making it the world's fastest-growing market.

"Only young people facilitate mass adoption of technology. This kind of e-commerce revolution could never happen in Europe with its aged populations," said Sharma, whose firm is backed by Ant Financial, an Alibaba affiliate that invested $575 million in January for a 25 percent stake.

Paytm has 20 million active wallet users (compared with 190 million for Ant Financial's service Alipay, China's largest) and aims to quintuple this by 2016. Some experts predict that mobile-wallet users will overtake credit card users in India.

For investors in Indian e-commerce, China's growth provides evidence that the scale is real and achievable, said Gururaj of Nasscom, the Indian tech industry group.

As in China, India's smaller cities and towns lack retail infrastructure. In 5,000 cities and towns, tapping an app is the new equivalent of a visit to the mall, and it could unleash pent-up demand for the latest fashion or the newest device.

India resembles China of seven to 10 years ago in its broadband Internet growth, creation of digital-native marketplaces and rapid user adoption. Even ideas like online grocers, which have just started to gain a foothold in places like Silicon Valley could do well in India.