Will Online Investing Be the Next Big Thing in Fintech? 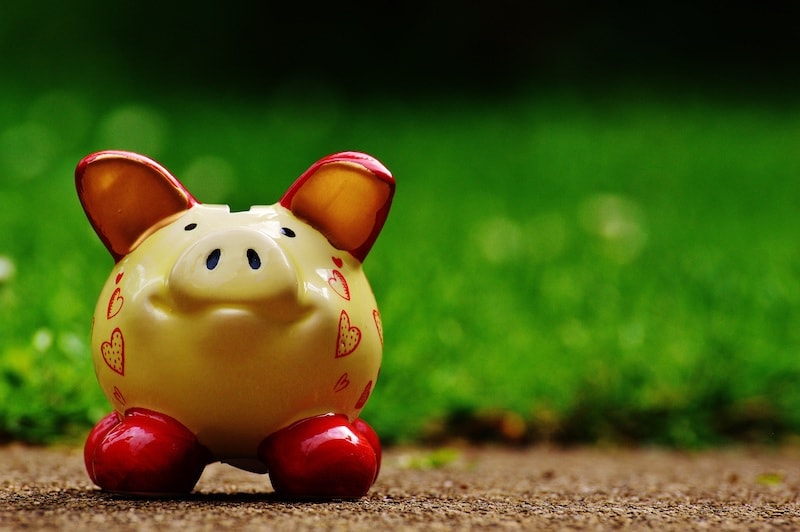 Whether it’s for a rainy day, retirement planning, children’s education, or even a vacation, you’re going to need to sort your finances out. Unfortunately, the sad truth is that most people don't really know how to manage their money.

Traditional investment options have included provident fund accounts, savings accounts, fixed deposits, gold, and real estate. The last one requires more money than most of us have, and most of the others aren’t best for high returns, says Ashok Kumar E R, CEO of Scripbox, an online investment service for first-time investors. Scripbox is just one of the many companies that are around today through which you can easily invest online, without having to spend too much time researching and learning about wealth management.

Ashok Kumar tells Gadgets 360 that keeping money in savings accounts can be perceived as a net loss, because the rate of returns is only around 4 percent, while inflation is around 7-8 percent.

Mutual funds tend to offer higher returns than all other forms of investment mentioned above, but there is an element of risk involved. There’s a chance that you could end up losing money, unlike with an FD, or PF accounts.

Kumar, perhaps not unexpectedly, feels the risk factor is overstated by many. "If you don’t want to invest for more than five years, this is not for you. We make sure that people fully understand what they’re getting into before they start investing,” he says. "Investing in mutual funds is a better strategy. Mutual funds are highly regulated by the government.”

Others in the industry have similar views. "Any 7- or 10-year period of investment gives you positive returns," says Ankur Choudhary, co-founder of a similar company, Goalwise. "For us short-term investment means a period of three years.” He adds that funds have their ups and downs over short periods, but investing in mutual funds is a reasonably safe strategy if you’re in it for the long haul.

Part of the challenge that these companies face is that for many Indians, the whole experience of investing is seen as something that's intimidating. Wealthy.in is a startup that claims to tackle this issue via its interface. "For a lot of fintech companies, the funnel isn’t as good as ecommerce firms," says Aditya Agarwal, co-founder, Wealthy.in. "Investments are not easy to understand, you have to give sensitive information, and in India you need a lot of paperwork.”

To get past these three roadblocks, the site designed a three-step interface where you can choose the amount to be invested, the risk you are willing to take, and then you enter your bank account and identification details. Agarwal says Wealthy.in has tried to push fund managers and banks to accept electronic forms, and that the site uses KYC (know your consumer) verification data to avoid asking people for documents repeatedly.

Goalwise and Wealthy.in began operations in 2016 and claim that they’re seeing high growth rates in terms of the number of people who sign up. Scripbox has been in the business for over five years and claims to have over 2.5 lakh registered users. Among its active users, the average amount invested is Rs. 13,500.

With all three of these companies, you don’t have to pay any upfront fees. They earn a small commission (under 2 percent) from mutual fund managers and that helps them keep the business sustainable. That’s because these firms help you invest in regular mutual funds, where regulatory body SEBI (Securities and Exchange Board of India) allows them to earn a brokerage fee. Mutual funds also have a direct plan, under which SEBI doesn’t allow fund managers to pay commissions, and that means you earn more in the long run.

Mayank Arya, who has worked in the asset management (mutual funds) segment of the financial services industry for over 10 years, told Gadgets 360 that opting for a robo-advisory firm that lets you invest in direct plans is likely to give you the best returns.

"Brokerages are paid annually so the commission earned by robo-advisory companies increases over time,” he says. If you invest Rs. 10,000 per month, then at the end of the first year the firm earns a commission on Rs. 1.2 lakh. The next year it earns a fee on Rs. 2.4 lakh, and so on.

Arya says mutual fund managers mark this cost as an expense and that means you make less money in the long run. "All mutual fund schemes have an expense attached to them. Regular funds have an expense of around 2.5 percent of which 1 percent goes to the broker. This expense is just 1.5 percent on direct funds," he says. "In the long run, it becomes a big cost and that’s why savvy investors choose direct plans," Arya says.

The problem with a commission-based model is that brokers are likely to ask you to buy funds that offer a higher commission, but Arya says this isn’t a big concern as far as startups such as Scripbox, Wealthy, and Goalwise are concerned. These companies claim to have designed algorithms that track fund performance over 20 years to recommend the best funds. Each of them will greet you with a chart that shows how the funds they pick have performed better than the market average over time.

"We back tested our algorithm over 20 years and found that the chance of losing money in 5 years is five percent," says Scripbox’s Kumar. "Our algorithms find funds that outperform the market average by 3-3.5 percent and these are scientifically selected."

A screen grab from Wealthy

Algorithms track data such as the age of the fund, its capital, and your goal for savings, before recommending up to four funds. You get to see data such as average performance of the fund and what kind of returns you can expect. The problem is that even a fund that has been performing well until today could crash tomorrow. That’s why all of these websites recommend that you invest in multiple funds to reduce risk.

Wealthy.in’s Agarwal says that one of the company’s goals is to avoid overselling. The company along with Goalwise and Scripbox try to ensure that people understand what it is they’re getting into, before they start investing. "We make money as long as the customer stays in the system. Our motivation is to make sure that [the customer] gets good returns," Agarwal says.

The reason why there are so many firms advising people to invest in regular funds as opposed to direct plans is that people are unwilling to pay. If you invest directly in mutual funds, you pay the advisor directly. But for those who don’t know which funds to buy or which are likely to perform well, Arya advises against buying mutual funds directly.

"You need to stay on top of market trends and manage different investments on your own. You might have to build a portfolio of your funds on sites like Moneycontrol and update it regularly," he says, highlighting the hassles involved. If all of that is not for you, websites such as Bharosa Club and Invezta help you select and invest in direct mutual funds in return for an advisory fee of around Rs.100 to Rs. 150 per month.

Wealthy.in’s Agarwal says the reason they don’t offer direct plans is that it’s hard to make a sustainable business out of it. "To run a sustainable, profitable business we have to charge a 1 percent fee. Most of our customers are young, small investors who will invest less than Rs. 1 lakh per year," he says, adding that this demographic is unlikely to want to pay them something like Rs. 1,000 a year.

Goalwise’s Choudhary had similar thoughts. "Lots of people don’t want to pay advisory fees. Even now there’s no clarity over how much clients are willing to pay as advisory fees," he says. In his opinion, charging a flat monthly fee for investment advice is not sustainable.

Choudhary says that Goalwise will soon be a registered investment advisory, and will offer direct plans sometime in 2017, but to make the business sustainable it’ll have to charge a percentage fee based on the investment.

With all three of these companies, you don’t have to pay any upfront fees

Unsurprisingly, all these websites are targeting first-time investors and some focus on attracting people under 30. Being an online startup, Agarwal says Wealthy.in is only targeting youngsters. "We’re going after young people who don’t have any buckets [goals] in mind," he says. "Ultimately making a bucket is the best way to make money but when you’re young you don’t tend to start saving for retirement [or other events such as weddings]."

The USP of Goalwise, on the other hand, is goals for savings. "We want to personalise investment advice at scale," says Choudhary. "Goals help a beginner clearly understand why he or she is investing. People tend to stick [with investment] more when they have goals."