How Wifi Dabba Is Offering Internet Access for a Day at Rs. 2

At its core, Wifi Dabba an affordable wireless Internet network that's now available in most parts of Bengaluru. It launched its services around the same time as Reliance Jio, and while the 4G network promised users data at just Rs. 50 per gigabyte, Wifi Dabba offered 1GB at just Rs. 20. Of course, that's not a fair comparison, because Wifi Dabba isn't a cellular network - instead it's a collection of Wi-Fi hotspots spread around the city. A better comparison might be with broadband providers, and in Bengaluru, Airtel offers 100GB at Rs. 999 - or Rs. 9.99 per GB.

What makes Wifi Dabba interesting though, is that you can actually pay just Rs. 2 to get online - and use it all over the city. "To get more and more people online, the price point is very critical," says Shubhendu Sharma, co-founder and COO of Wifi Dabba. "It's something from a case study that was done in the 90s by FMCGs, about sachet pricing. What they found was that the 100ml bottles were not selling, so they made these small Re. 1 sachets. You give small sachets, and you get people on the system. And we're hoping that once people start using they'll take the bigger packs also, but this pricing isn't going away."

This means that you can just walk up to a store, hand over a Rs. 2 coin, and get a token to take you online for 24 hours if you have a phone that supports Wi-Fi. And you can then seamlessly connect to hotspots around the city, until your 100MB quota runs out. With a typical broadband connection, you have to pay the full amount regardless of what your usage is; and of course, you're limited to a single location. Wifi Dabba falls into the gap between wired broadband and wireless cellular Internet, which is a pretty interesting proposition. How does Wifi Dabba work?
Sharma started the company along with CEO Karan Lakshman, and the two began research and development for the idea in July last year. By September, they were ready to launch, and today they have over 400 locations in Bengaluru.

The "Dabbas" are hotspots that are distributed to small shops, such as bakeries, tea shops, and so on. They're broadcasting a Wifi signal, and you can buy a token at any of the shops, Sharma explains. "You connect to the open SSID, and then punch in your phone number - this is a one time requirement - to establish your identity," he says. "Then you enter the eight digit code on the token and you're online."

"There is seamless connectivity in the background as long as your Wi-Fi is still on, just like you move from telecom tower A to tower B," Sharma continues. "And if your balance runs out, you can also buy a renewal online and extend."

The "secret sauce" of the company is its pricing, and that's made possible by the hardware that's being used for the dabbas, the routers that the company is distributing."We actually started off the whole thing by tinker with our Raspberry Pis," Sharma says with a laugh. "We never thought that so many people would be signing up for prepaid Wi-Fi when Jio was launching, but it turns out that there's a real need." 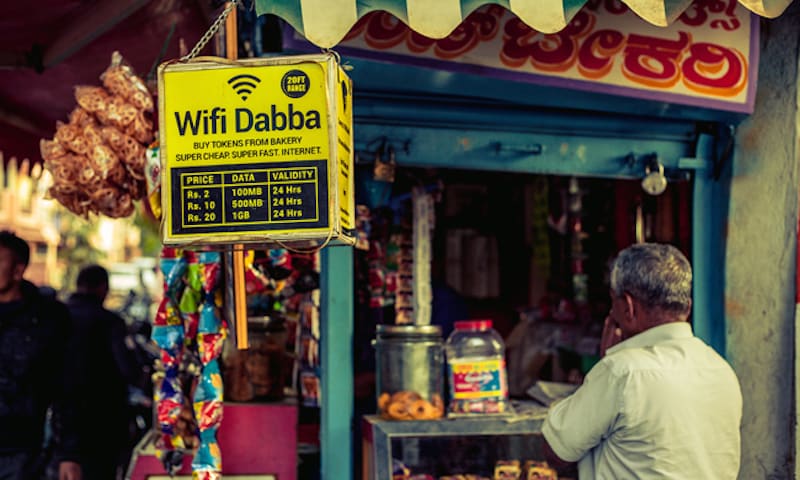 Along the way, the company has become a virtual cyber cafe - it has licenses from local ISPs, such as the neighbourhood cable company, to run a fibre line to the shops where the dabbas are set up. The wired backbone ensures that your network is both fast and reliable, and the hardware is something that the duo developed themselves.

Why can't local shops become their own Wifi Dabbas?
As mentioned earlier, that hardware is the key to the operation. "If you look at commercial Wi-Fi hotspot infrastructure, there are providers from Cisco to Ruckus to others who are selling the hardware for around Rs. 30,000 or more," says Sharma.

"We knew that it has to be brought down by a factor of 10 if not more," he adds - and the dabbas do actually cost the company around Rs. 4,000. "We got into this, getting into - not the chip level design - but assembling the components ourselves," he explains. "The firmware that runs this has been custom written, the whole telecom infrastructure software, billing, it's all done in-house."

The shopkeepers see it as a value add, and a revenue source, so they're ready to partner with Wifi Dabba and install the hardware and stock tokens. It's not something that can be easily replicated either - a local shopkeeper can't just go and buy a home router off the shelf and plug it into his broadband connection. 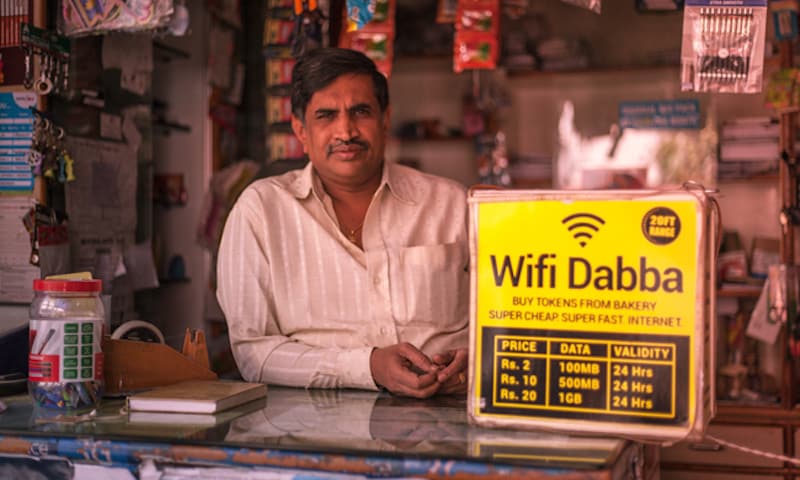 "The main difference is that we have redesigned the antennae," explains Sharma. "So a residential router, the range is something like 150 feet, while our range is 150 meters [a little over three times as much]. And a residential router can handle maybe 10 to 15 connections, our hardware can support 100 without the quality of service going down."

What comes next for Wifi Dabba?
At present, Wifi Dabba has over 400 locations in Bengaluru, with 25 to 30 activations per day, Sharma says. It's tracing around 4,000 sessions every day, with between 65 and 80 percent of these being returning users, he adds. The goal right now is to expand further, and there are a few different ways in which this is happening.

"We are already doing pilots in Tier-III cities, across 100 locations in Maharashtra, UP, and Karnataka, where we're able to collect usage patterns and figure out what people want," says Sharma.

It turns out that while some users are visitors - customers who come to shops and so on - Wifi Dabba is also tapping into a neighbourhood-level demand for sachet access to the Internet. "Let's say we install it at a bakery," says Sharma. "Next to that there are lots of other shops, and even houses, and these guys are also becoming our users, paying for the Internet whenever they need it."

Aside from that, Wifi Dabba is also expanding the reach of local ISPs, laying cable in some areas, though Sharma didn't share the detail of how many areas it has had to do this. "It's a big expense, but we are trying to bring the cost of last mile delivery as low as we can," he says. "That's the top priority for us."

Further reading: wifi dabba, wifi hotspots, wireless networks, Cyber Cafes, Telco, Reliance Jio
Gopal Sathe Email Gopal
Gopal Sathe is the Editor of Gadgets 360. He has covered technology for 15 years. He has written about data use and privacy, and its use in politics. He has also written extensively about the latest devices, video games, and startups in India. Write to gopal@ndtv.com or get in touch on Twitter through his handle @gopalsathe with tips. More
Sachin Saga Cricket Champions Review
Why I Hope Star Wars: The Last Jedi Is Nothing Like Empire Strikes Back