Lasers could bring Wi-Fi broadband home at a fraction of the cost of fibre. 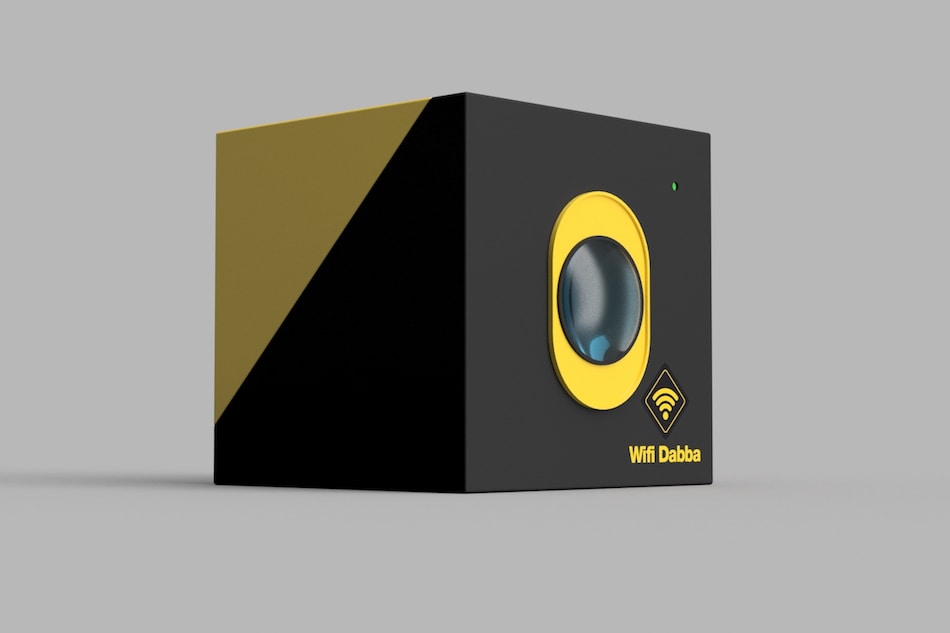 Bengaluru-based Wifi Dabba has plans to cover the city in lasers — that carry data signals, so that it can provide fast and cheap broadband access without the huge expense and time involved in digging up and laying fibre cables. Gadgets 360 had first spoken to Wifi Dabba back in 2017, when the company was working with kirana stores and paan shops — small retailers and kiosks — to place dabbas (boxes) in these locations which contained routers, and would offer sachet pricing of Rs. 20 for 1GB of data over Wi-Fi.

The name hasn't changed, but the company has set its sights on a line-of-sight Internet distribution system based on lasers, taking a cue from Facebook, and Google, which deployed this as Project Loon. By doing so, it hopes to roll out at a much lower cost than the competition, and offer Internet access at lower prices too — Wifi Dabba plans to offer unlimited 1Gbps access at Rs. 799 a month, which is significantly less than most existing plans.

Unlike Google though, Wifi Dabba doesn't plan to use balloons — instead, it'll be using line of sight lasers that are placed on tall structures in a grid of around a 100 base stations, dividing the entire city up into a grid. Shubhendu Sharma, co-founder and COO of Wifi Dabba, talked to Gadgets 360 to explain how this will work.

“The 2018 model was kirana stores and paan shops, where we deployed a thousand locations around Bangalore alone, but the biggest problem was servicing these locations. Fibre cut issues were happening very frequently, and 13 percent of the network was down most of the time,” Sharma said. “While there is certainly a problem in the last mile service, the bigger problem was middle-mile infrastructure.”

This is the infrastructure on which the Internet connection is delivered to you — to start with, the Internet reaches India via overseas cables, in Mumbai for example. Then, firms that provide National Long Distance (NLD) service like Powergrid, or RailTel, carry lines from there to the cities. It's from these networks that ISPs connect and bring the Internet to your neighbourhoods, and from there the last mile, to your house.

You need lots of permissions

“The [middle-mile] infra is broken, the fibre either does not exist or is not maintainable. These are owned by a mix of the ISPs and other third-parties and can cause a lot of coordination issues,” Sharma said.

“We started to look at solutions for fibre, but right of way issues, and coordinating with local corporations was not going to be feasible,” he added. “Each locality would cost around Rs. 30 lakh, and the entire Bengaluru would require around $50 million investment (around Rs. 368 crores).”

This problem is one of the main reasons why the rollout of home broadband has been so much slower than that of cellular networks. In 2017, Bala Malladi, CEO at ACT spoke to Gadgets 360 in Hyderabad where he said that the cost of deploying in a city was around Rs. 200 crore. In contrast, Wifi Dabba is looking at a citywide rollout at a tenth of the cost that it estimates for fibre.

One of the biggest Internet providers in India, ACT has still had to roll out slowly — neighbourhood by neighbourhood, Malladi said, rather than city by city. And permissions are one of the big challenges. "You need the bandwidth, and you need to train the staff to properly service the customers," Malladi said at the time, "and you need lots and lots of permissions."

Lasers in their sights

The solution for Wifi Dabba lay in lasers. “We then started to look at 5GHz frequencies to distribute access at a multi-gig capacity. Then we started to look at Project Loon by Google, using Free Space Optics, which can do 20Gbps transfers on line of sight,” Sharma said.

"Free space" here means air — the laser light signal passes through empty air, rather than through optical fibre. If you've ever looked at optical fibre though, then you know it can bend — you can lay a fibre cable and take it where it needs to go. With a solution like this, you need to have line of sight between the different “stations” where the signal is being distributed. Studies show that this is a feasible solution for a couple of kilometres, but gets affected by rain, fog, or dust.

It also takes a lot of technology development. “We built custom routers, Dabba OS, that's a super smart router OS which can do multiple SSIDs, self-diagnosing and so forth,” Sharma said. The first thing though, is to figure out where the lasers have to go. And the answer to that was drones.

“There are now enough drone companies that can do lat-long mapping, and they gave us an entire elevation map to identify laser sites, and we only need 100 devices to cover the entire city. This is something that we are now developing as we raise money to build — two lasers have already been deployed for an year, and are ready to scale it now with 100 partners to invest in this through a franchise route,” Sharma explained.

“We've been live with the lasers for 11 months now and weather doesn't cause issues, although dense fog (around 3AM to 5AM on some days) will bring speed from 20Gbps to 4-5Gbps,” Sharma said. In cities like Delhi where smog is more of a problem and lasts for a longer duration, this might be more of a concern, although Sharma said it's not the case.

These lasers are being installed on tall buildings — no balloons needed — and criss cross the city. These base stations can then serve several other buildings in the area through more traditional methods Fibre-to-the-Home, although Sharma said that the team is also looking at deploying 5G routers to deliver even the last mile wirelessly. He noted however that this process will take a year or two to actually happen in a meaningful way. Reliance has announced that it will start its 5G rollout in the second half of 2021, but it will likely take some time before it is widespread.

With plans to franchise out the base stations to 100 partners, Wifi Dabba wants to scale up quickly without having to invest huge amounts by itself. “A partner will invest Rs. 15 lakh to acquire the rights with a 30 (them) — 70 (us) revenue share after the first year. We have sold 40 franchises now, and 60 remain, and deployment will start early next year and take around one year to get the network fully running,” Sharma said.

“This has been deployed to 40-45,000 customers, and downtime is less than four hours in total in the last 11 months,” he added. “A big segment is coliving buildings like Oyo, and Helloworld. WiFi Dabba is the official partner, which includes giving them a Wi-Fi mesh, and it gives us space to set up infrastructure on the rooftops.”

These arrangements serve around 150 buildings across Bengaluru, following a prepaid model where the customers only have to pay Rs. 1 for 1GB of data. And this doesn't have a daily limit, so a customer could use that up in a single day, or use it sparingly for the whole month, Sharma said.

“We took a tech-heavy approach where our ops team uses Swiggy-like apps to remotely solve customers' problems. This means our cost is very low compared to the industry standard,” he added. “The second thing over here is that we're not riding on a cost heavy infrastructure like underground fibre. For us to do a city is around $5 million (around Rs. 36.8 crore) capex, compared to $50 million in a traditional fibre approach.”

Still, challenges remain. While Wifi Dabba wants to roll out infrastructure to deploy metered mesh networks across apartments so that the end users don't need to deploy any hardware themselves, it'll have to work hard to get agreements on the ground. It is currently doing a pilot program with MyGate, the security and facilities provider for apartments.

“MyGate also wants connectivity for the devices that they deploy and so they approached us to provide connectivity, so that partnership exists, and once we have that rolled out across Bangalore we would hope to see things expand further,” Sharma said.