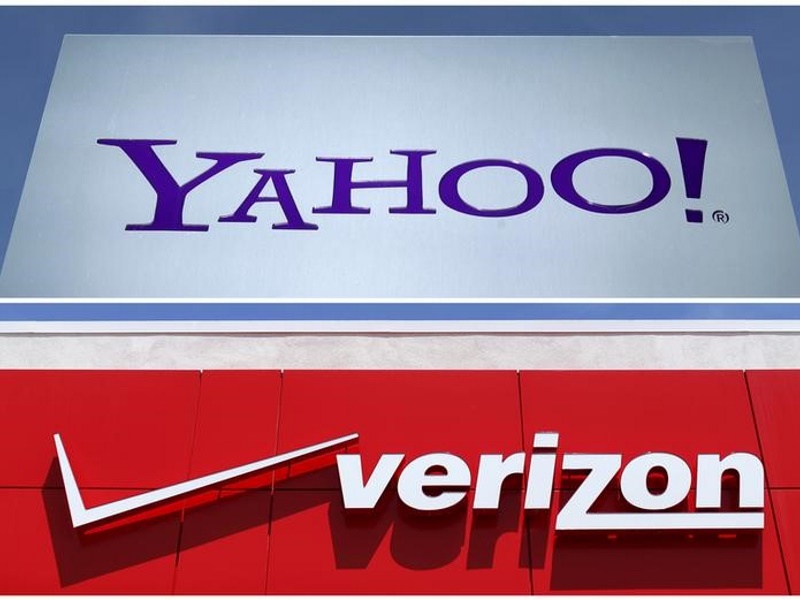 Highlights
If you have a Yahoo email account or regularly visit services like Yahoo Finance and Yahoo Sports, you might be wondering what will happen to the once-venerable brand once Verizon takes over.

Neither company said much about the brand's future once the $4.83 billion deal closes early next year. In announcing the deal Monday, Verizon merely said that the new Yahoo properties will become part of Verizon's AOL business, which the phone company bought last year for $4.4 billion.

It's quite possible that Verizon will retain the Yahoo brand - as a sub-brand like AOL.

Here's what's known - and what isn't - about what Verizon's deal for Yahoo means for you.

(Also see:  12 Things You Didn't Know About Yahoo, a Giant That Once Ruled the Internet)

The rest of the year
Nothing major will change until the deal closes. It's possible the companies will reveal their intentions sooner, but they might need some time as a single company to figure things out.

In an interview with The Associated Press, CEO Marissa Mayer said Verizon has told her it's interested in keeping the Yahoo brand.

"We haven't even scratched the surface," how things will be run after the takeover, Mayer said.

Will my email go away?
In the US, Yahoo is the second most-popular email service behind Google's Gmail. It's even more popular in Europe and Latin America. Because of that, it makes sense for Verizon to keep that brand affinity intact, eMarketer analyst Paul Verna said.

Look to what Verizon did with AOL as guidance. People with AOL addresses did not have to change their email address. In fact, Verizon upgraded AOL email accounts to give them unlimited storage and more room for email attachments.

(Also see:  When Yahoo Refused to Buy Google for $1 Million)

With 225 million users worldwide, "they would be really foolish to do anything to mess that up at least in next six to 12 months," said Randy Giusto, lead analyst at Outsell.

But nothing is ever permanent when it comes to the internet. Both Yahoo and Google have closed down services that millions of people use when they don't fit with the companies' strategies. Giusto expects Verizon to eventually make changes, but the company will need time to assess its new properties.

What about the Yahoo sites?
Verizon is buying Yahoo to strengthen its media and advertising platform, so the websites are a valuable part of that.

Outsell analyst Giusto points out that Yahoo has already been closing its less popular digital magazines. For instance, Yahoo shuttered Yahoo Health, Yahoo Real Estate and five others in February. The ones that are left, including Yahoo Finance and Yahoo Sports, are more popular, so they may stick around.

Yahoo's Tumblr blogging site is another matter. The company took a big accounting write-down last week to reflect the declining value of Tumblr. As the nature of blogging itself changes, Tumblr faces competition from sites like Medium, which is increasing in popularity as a destination for longer-form writings.

Will the Yahoo name stick around?
The enthusiastic name has been synonymous with the Internet's rise in the 1990s, but now that the internet has matured, it's not clear whether Yahoo as a brand name will survive.

The parts Verizon isn't buying - Yahoo's stakes in Yahoo Japan and Chinese e-commerce giant Alibaba Group - will get a name change once the deal closes. Verizon bought the Yahoo brand as part of the deal and has the option to keep the name.

However, because Verizon is merging Yahoo with AOL's operations, it could also merge everything under the AOL brand name. Then again, The Huffington Post, TechCrunch and other sites kept their separate identities after AOL bought them years ago, and Verizon didn't change that approach.

"I think Yahoo becomes a sub-brand just like AOL has," Giusto said. "Maybe tailor that sub-brand with names toward products, like Yahoo Mail, Finance and Sports."