On Its Birthday, Here's a Look Back at All the Important Google Milestones

"When is Google's birthday," is the question on everyone's screen today, thanks to, well, Google, which is pretending to be confused about its birthday, but it's fair to say that the company has accomplished a lot since life for Google started inside a garage in 1998. It's safe to say Google has definitely turned 18 now, and we thought it was a good opportunity to look at some of the biggest milestones that Google has seen in the last 18 years.

1. Google.com
The whole story really starts in 1997 - the company registered the name google.com a year before the company is incorporated.

2. Andy Bechtolsheim
The Sun Micrososystems co-founder saw a demo for Google (which was getting over 10,000 queries per day at the time) and decided to invest $100,000 to get the company started. The company didn't exist at this time, and the Google founders had to incorporate right away to bank the cheque. That took place 18 years ago.

3. The first Google doodle
Going to the Burning Man festival is now the norm for VCs and tech founders, but 18 years ago, it was still relatively low-key (though only when compared to the high profile event it is today). Larry Page and Sergey Brin were headed to the Nevada desert for the festival, and wanted to add a little logo to let people know that they were out of town. This first Google doodle was pretty simple, but would end up becoming a big part of Google culture over the years. 4. April Fools'
Two years after the company had gotten started, Google ran its first April Fools' gag, announcing the MentalPlex. Google would really get into the spirit of things and now, the different parts of Google all run their own jokes each year.

5. Adwords
The launch of AdWords in 2000 was a major milestone for the company, as it would provide fuel for Google to grow for many years to come. The self service ad program launched with 350 customers, and promised simple keyword targeting and performance feedback. The platform continues to be the company’s main revenue source till date.

6. Eric Schmidt becomes CEO
Eric Schmidt was named the Chairman of the Board of Directors at Google in 2001. Six months later, he was named as CEO, and Larry Page was made President of Products, while Sergey Brin becomes President of Technology.

In interviews, Schmidt often joked that his job was to provide "adult supervision" at Google, and many have hailed his stint as CEO as provided much needed direction to the company while allowing the founders to focus on the big ideas. 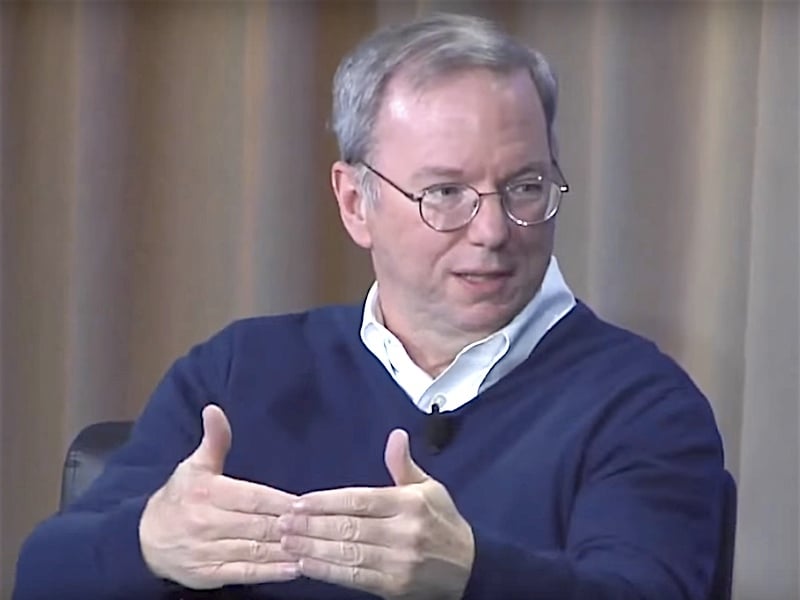 7. Gmail
Launched on April Fools' day in 2004, Gmail would go on to becoming the center of your Google universe. Thanks to the widespread adoption of Gmail, even if you're not using Gmail, your mails will often end up with Google because the people you're responding to are using it in some form.

8. Google Maps
Launched in 2005, Google Maps is another one of those essential products that everybody now uses. Between mail, maps, and of course search, Google can collect an incredible amount of data from its users, and this has long been one of Google's big advantages.

9. YouTube
In 2006, Google acquires YouTube. Today, it's arguably the second biggest search engine, falling behind, well, Google. It's also one of the biggest video services in the world, and remains popular for all kinds of content.

10. Android
Announced in 2007, Android would go on to complete the loop on putting you completely within Google's ecosystem. And while Apple still dominates in terms of the money it makes from the iPhone, Android accounts for the vast majority of users around the world.

These are the 10 biggest milestones in Google's history in our estimation, though you can see the full list on Google's website. Of course, this leaves out what some would call the biggest milestone yet - the creation of Alphabet.

With Google getting increasingly fragmented, the company leadership decides to take a step back, and create a holding company - Alphabet - while allowing each of the different parts, such as its core search business, or research businesses like Google X, to act more nimbly.

In the meantime, the company would make some pretty big developments, whether it was positive, like Google Cardboard, or a debacle, like Google Glass. Some stellar phones in the Nexus line would cement its position as a leader in mobiles, and there has been huge evolution in all the existing businesses as well. With that said, it's these early milestones that really created Google as we know it today, and continue to do so even now.

Of course, Google would like it if there are many more milestones to come. And with a big event lined up for October 4, Google will no doubt try and add to this list in short order.

Further reading: Google, Google Timeline, google birthday
Gopal Sathe Email Gopal
Gopal Sathe is the Editor of Gadgets 360. He has covered technology for 15 years. He has written about data use and privacy, and its use in politics. He has also written extensively about the latest devices, video games, and startups in India. Write to gopal@ndtv.com or get in touch on Twitter through his handle @gopalsathe with tips. More
Reliance Jio, Reliance Communications Virtual Merger Is Complete: Anil Ambani
Sony Reveals Android 7.0 Nougat Rollout Timeline for Its Smartphones

On Its Birthday, Here's a Look Back at All the Important Google Milestones
Comment