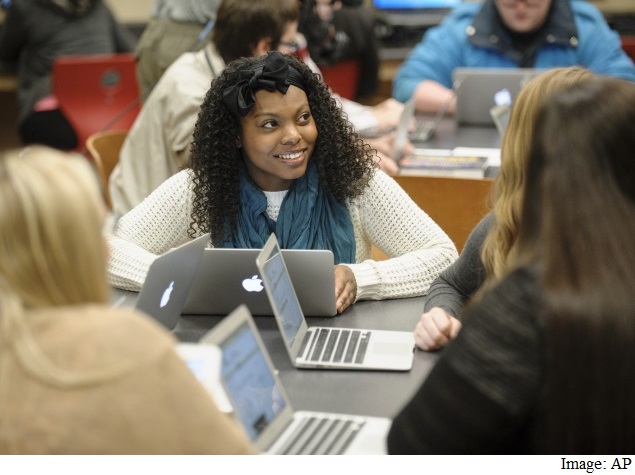 Rod Drury, an entrepreneur in Auckland, New Zealand, regularly visits the United States. Sometimes there are multiple visits a day.

"People here can't get Netflix, so they get a VPN that gives them a U.S. IP address, and watch Netflix like they're in America," he said. "If I want something off iTunes, I buy U.S. cards online."

Decoding the jargon: Millions of people around the world now pay for virtual private computer networks - a security method that uses encryption to hide Internet traffic - and similar services to hook into a server in the United States. As far as the video and retail services can tell, Drury is one more U.S. customer.

If the Internet breaks down national boundaries, it may happen from the comfort of our couches. VPNs were originally thought of as a way for companies to guarantee security or dissidents to avoid the prying eyes of their governments. Now they are part of a larger movement for people to work and play anywhere on the planet, at all times.

And if the software can't come to consumers, the customers use VPN to get to the software.

"Unblock geo-restricted websites and Web services like Netflix, Hulu, BBC iPlayer, Skype, and many more!" says the webpage of PureVPN, which charges $45 a year to turn you into a virtual American. You might prefer being Canadian, since Netflix Canada has a bigger selection of films.

Unblock-us, a service Drury uses that is similar to a VPN, charges $50 annually. It offers easy access to scores of movie, television and sports videos that collectively would probably be impossible to obtain in most countries.

Uzair Gadit, the co-founder and director of PureVPN, says his company provides services to people in 90 countries who want to go virtually overseas unhindered.

Online gamers use PureVPN to avoid service slowdowns with local Internet providers, as well as cyberattacks by rival gamers. Online retailers in many countries, Gadit says, need a stealthy way to collect prices from Amazon, eBay and others, to make sure they are competitive. Globally, he figures, perhaps 20 million consumers use VPNs and similar services to reach more than 300 channels that are geographically blocked in some way.

"You might be amazed how much people want to watch stuff," Gadit said. "We had 100 percent growth for each of the last three years, and we're expecting that again this year. We hear Apple is creating a Netflix-like service - that's great news for us."

PureVPN is in Hong Kong, an odd place for a company that also keeps people invisible to state spies.

"China only spies on its own people," Gadit said. "Most of the world worries about the U.S., the U.K., Australia and New Zealand - they spy on everybody."

Netflix's terms of service forbid customers from circumventing regional barriers to its content, although the company is aware this is not universally respected.

"There's not a lot we can do to track that since VPNs by their very nature are set up to be difficult to spot," Cliff Edwards, a Netflix spokesman, said in an email. Netflix also plans to offer service in New Zealand next month.

What drives this enthusiasm for VPNs, it could be argued, is the way media companies are not providing entertainment fast enough in a world where everyone can be hip to the newest movie and television show. New Zealand movie theaters are now showing "Dumb and Dumber To," which was on screens in the United States in November.

"There is a mismatch between the perception that you get what you want over the Internet and distribution doesn't matter anymore, and a copyright holder selling things by territory," said Tim Wu, a professor of media and copyright at Columbia Law School.

"The industry is depending on 95 percent of the population thinking the technology is too complex for them to use," he said. "If there is a simple device that does this for consumers, entertainment's easy assumption of territoriality will change."

While it is diverting to consider what these copyright-beating services mean to entertainment, the end of borders and regions because of global networks has significant implications for the workplace.

Drury is founder and chief executive of Xero, which makes cloud-based accounting software. He has customers in 150 countries, 2014 revenue of $100 million (roughly Rs. 610 crores) and 1,100 employees spread across four nations. A substantial amount of Xero's revenue comes from accountants who make a living by doing the books of companies in countries on the other side of the world.

Xero built a basic accounting software model, then adapted it to a country's local accounting quirks. It relies on back-end computing that does not need to be near the work.

Elsewhere, individuals who toiled online via freelance sites like Elance and ODesk did $67 million (roughly Rs. 409 crores) worth of work outside their country of residence in January. That was an increase of more than 50 percent in two years. On the Indonesian island of Bali, a tropical paradise popular with foreigners, 100,000 online freelancers are registered with Elance and ODesk, which operate jointly.