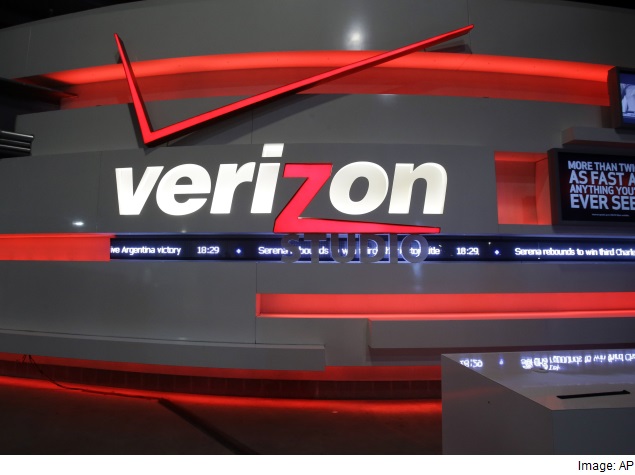 In a memo to employees after announcing that Verizon Communications would buy his company for $4.4 billion, Tim Armstrong, AOL's chief executive, offered a rhapsodic hymn on a single subject: mobile.

The future of nearly all media, and consequently the future of nearly all advertising, he said, is about our phones. "If there is one key to our journey to building the largest digital media platform in the world, it is mobile," he wrote, by way of explaining why AOL, a company known for its news and entertainment sites and its dial-up subscribers, was merging with a cellphone carrier.

Armstrong ended his memo, which was otherwise puffed with jargon indecipherable to many outside the world of advertising and media, with a clear message that could double as the catchphrase of his entire industry: "Let's mobilise."

His words - and the deal with Verizon he just helped engineer - are just the latest corporate reaction to a staggering shift in the way people across the globe get their news and entertainment. Over the last couple of years, we have collectively decided to use our phones to reach the Internet more than we ever used our computers to do. And like a horde of aggrieved vultures that has just seen its carrion spirited away to some other part of the savannah, the tech and media business is equally panicked and excited about the vast possibilities for making money from the shift.

At the moment, except for Google and Facebook - which together control more than 55 percent of the $42.6 billion worldwide mobile ad market, according to eMarketer - few companies have managed to navigate the transition from desktop computers to phones. The shift has shaken up just about everything for everyone, such as Internet portals like AOL and Yahoo; carriers like Verizon and AT&T; and eCommerce ventures like Amazon.

As Benedict Evans, an analyst at the venture capital firm Andreessen Horowitz, is fond of pointing out in a presentation he calls "mobile is eating the world," the smartphone industry is now shipping nearly three times as many devices as the personal computer industry did at its peak. Smartphones have led to more consumption of media than we had ever thought possible; we spend just about half the time we're not sleeping glued to some kind of screen.

Phones bring novel technical and user-interface challenges, some of which account for Verizon's interest in AOL: How do you display an interesting ad on a tiny screen? On an interface fragmented by apps, how do you figure out who users are - and how to serve them with the best ads - as they switch from games to mobile web browsers to social platforms like Facebook, Twitter and Snapchat?

The rise of smartphones may also bring about something deeper - what could be an existential question for the advertising industry, the business that funds most of modern media.

"The question I came to when I started working on ads is, 'Are ads even relevant now? Do they even make sense on mobile?'" Andrew Bosworth, who heads Facebook's advertising engineering division, told me in a recent interview.

In that world, Bosworth said, advertising is valuable only if it provides direct meaning to customers - if, when you pull out your phone in New York City and check Facebook, the phone knows that you're looking for food and presents you with an ad for a restaurant that cuts through the clutter of all your potential choices, instead giving you a recommendation that is tailored specifically for you.

In other words, in a world in which we all carry phones and can get accurate information at any time, ads have less leeway to cajole us into doing something we might otherwise not have done.

Instead, ads now consult vast databases of personal information, and they rely on sophisticated pricing mechanisms, merely to suggest one option out of many thousands that may appeal to us.

People in the ad-tech industry said that in buying AOL, Verizon's immediate goal may be to marry its data about customers to AOL's capacity to serve ads to increase this sort of relevancy.

"I think AOL was a little on their back foot on mobile," said Ari Paparo, chief executive of an ad technology company called Beeswax. He added that the most successful companies with mobile ads tended to be those that knew a lot about their customers - that explains why Google and Facebook, which have close to perfect insight into what we do online, are such powerhouses.

With Verizon, AOL may be getting a similar trove of data. Through its cellular network and its various broadband offerings, Verizon can help AOL figure out lots of details about a user who lands in an app whose ads are powered by AOL's ad services. Is the person male or female? How wealthy is she, and what are her broad interests?

"When you put these two sides together, it could potentially help them serve you better ads, and serve you ads in different places," said Eric Franchi, co-founder of Undertone, an ad technology company.

Yet Verizon's bet on AOL is hardly guaranteed to play out in the way the companies intend. This is both because of the general difficulties associated with any merger and because the industry AOL is going after is in a state of constant flux. Nobody really knows what will work in the larger business of funding media through ads on these new devices we're carrying around.

"If you're a media company and you see that more than 50 percent of all mobile ads are going to Facebook and Google, you need to really recheck your assumptions about how you're going to compete," Paparo said. "To that extent, I think this is an effort to be competitive - to have some ability to just compete."