This Indian Startup Offers Engineers Guaranteed Jobs or Their Money Back

Chennai-based Skill Lync is among education startups that are focussed on getting people jobs. Specifically, this startup offers courses for engineers to help them gain the skills needed to get mechanical engineering jobs. The company is confident enough to offer programs such as its Hybrid Electric Vehicle program that offer a full refund if those who complete the course don't get a job.

The path to Y Combinator was far from easy for Skill Lync, whose application was rejected seven times by the accelerator. “When we applied in 2014, we said we have an idea. In 2015, we had $1000 in revenue. Then we applied with $8,000 in revenue. When we applied next with $30,000 in revenue, they called us. That was the first time I heard about the online interview,” co-founder Suryanarayan Paneerselvam tells Gadgets 360.

“When we finally got accepted, in the application itself we showed that this is our growth from last time to this time. Last time you said these was the things that led to rejection and here's how we've fixed them,” Paneerselvam says. 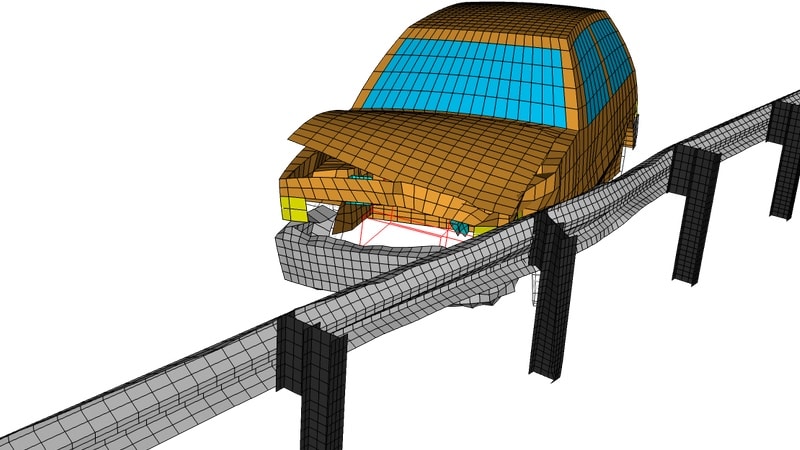 An image of a simulation for strength calculations for car safety, as part of Skill Lync's Masters course in hybrid electric vehicle design and simulation

“Our attitude was that ‘if you don't accept us we will double our revenue and apply the next time'. We knew we would keep on going anyway (even if Y Combinator rejected the application again). One thing YC provides us is network. The experiences that partners have is something unique that YC provides,” Paneerselvam explains.

The idea for Skill Lync was born when co-founders Sarangrajan Iyengar and Paneerselvam both went to the University of Wisconsin-Madison in the US and found the course difficult initially. While both were able to pick up the pace eventually, they spoke to other students and realised that this is a common problem Indian students face. Many Indian engineers consider the option of going abroad for further studies. Those who pursue a Master's degree abroad quickly realise that the first semester is particularly tough.

Iyengar and Paneerselvam both realised that with their collective experience working as mechanical engineers abroad, they could help Indian students be better prepared for this first semester and learn skills that they'll need for jobs in this field. “While we were working in the US, we realised that whatever we studied in undergrad (in India) did not have any sort of help in doing the job well,” says Paneerselvam.

“Anyone who finishes four courses on our platform gets a job. In engineering colleges all over India they just do two projects. In our courses they do 20+ projects,” he explains.

The pair started a YouTube channel to teach students in India and soon decided to tutor 30 students for free. Three months on, Paneerselvam says, all of them got placed in mechanical engineering firms. This, according to him, is a big achievement. “Everyone gets placed in TCS but it's tough to get placed in mechanical engineering companies,” he tells Gadgets 360, while repeating that Indian engineering courses don't necessarily teach students skills that they'll need at work. 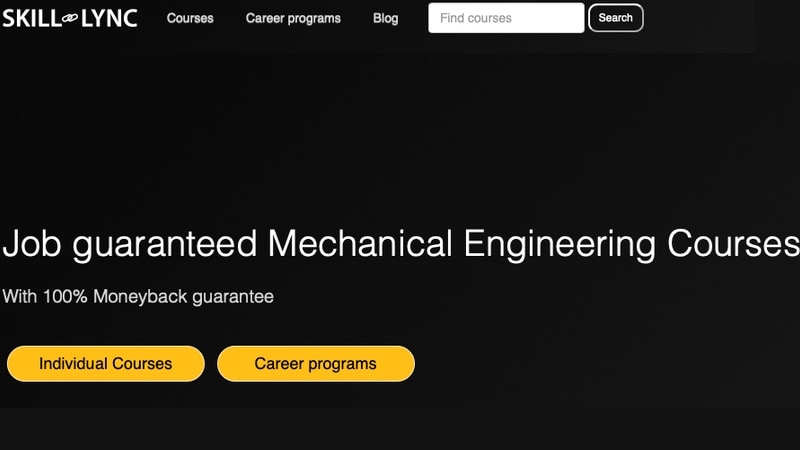 “A lot of people think that mechanical engineering is like using a screwdriver and other tools. It is not. It is a lot about calculating and simulating via software,” says Paneerselvam. “Ideally when you go to work, you can't use paper and pen to do calculations over days,” he says adding that software such as Matlab is commonly used in this field.

Early success was encouraging for Skill Lync, but the path ahead was not. Iyengar and Paneerselvam say they spent pretty much the whole of 2016 approaching colleges for partnerships. Even though they had successful pilots with these colleges, they say “the bureaucracy was too tough to crack”. At the end of that year, Skill Lync decided to shift its focus directly to students instead, thanks partly to feedback the company received from one of its Y Combinator rejections.

The job guarantee aside, Skill Lync's personalised education approach differentiates it from competitors, the co-founders said. Each course features videos, course material, and the fee includes support sessions via WhatsApp.

“Even if you have a video that explains everything then a student may be stuck at a very silly point that may be a very difficult for this student. To explain a problem, if you write a blog, make a video, or call the person, the call always works best for people to understand,” Iyengar says adding that Skill Lync manages 50 WhatsApp groups to support students with their studies.

The company has tried different forms of support but it has realised that the personal touch is essential. Iyengar says the company calls its students from time to time and he realised that it's the best way to figure out where students are stuck and how best to help them out. “I think we need to double or triple the amount of support that we are providing. Support takes only 1.5 percent of the course fee. This is six support engineers. If we make this 4X and the cost will be 6 percent of the fee. As we grow our support engineering system, that cost is negligible,” Iyengar explains.

Even if you have a video that explains everything then a student may be stuck at a very silly point that may be a very difficult for this student. To explain a problem, if you write a blog, make a video, or call the person, the call always works best for people to understand

That leads to better results for students and Skill Lync. “It will ensure that students finish courses. Anyone who finishes our course will bring three customers to our platforms. That's the way we are seeing the whole world moving towards. Support engineers are not that costly and have that personal touch,” he says.

Skill Lync has over 2,800 enrolled students at the moment and makes over Rs. 60 lakh per month in revenue. It remains a bootstrapped company with no funding other than the standard $150,000 (roughly Rs. 1.06 crore) from Y Combinator. The pricing for its courses is between Rs. 10,000 for introductory courses and Rs. 2.45 lakh for an eight-month Master's program.

It has adopted an interesting pricing model for some courses in the US — it allows students to enrol for a small fee (such as $700 or roughly Rs. 50,000) and asks them to pay 15 percent of their salaries for two years after they land a job.

This pricing model is unlikely to work in India, which is why the company has adopted a flat fee approach here, with an option to pay in instalments. Going forward, the company wants to get an accreditation and eventually aims to be an online engineering college that appeals to both engineering students and those looking to switch careers.

Further reading: Skill Lync, Y Combinator
Pranay Parab Email Pranay Pranay is in charge of podcasts and videos at Gadgets 360. Over the years, he has written over 500 tutorials on iPhone, Android, Windows, and Mac. He has also written in-depth reported features on the intersection of technology and culture, reviewed fitness wearables, been the social media manager, started two podcasts, and produced several tech videos. He loves travelling, particularly to places not frequented by tourists. He keeps running half-marathons across the country and hopes to complete ...More
Redmi Go teased by Flipkart ahead of March 19 launch
Dell Alienware Area-51m, Alienware M15, Dell G7 15 Gaming Laptops Launched in India