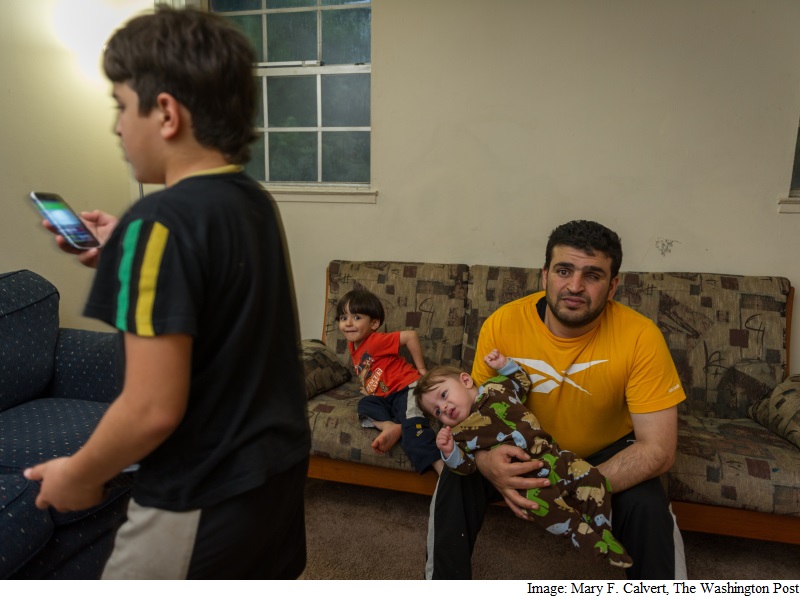 In response to the scenes of tens of thousands of Syrian refugees making their way to Europe by any means possible to escape a dangerous conflict zone, there are finally the first signs that the technology industry's top thinkers are starting to rally behind the cause.

In response to President Barack Obama's recent shout-out to Silicon Valley to do more to solve the refugee crisis, a handful of high-profile companies - Kickstarter, Twitter, Airbnb and Instacart - are working to adapt their platforms and technologies to help solve the crisis. Twitter, for example, is going to enable early rollout of its new donation product to allow humanitarian organizations to raise money on its social media platform. And Airbnb is going to offer free housing credits for aid workers in areas most affected by the refugee crisis.

Perhaps the best example, though, is the Kickstarter project backed by the United Nations Refugee Agency, which has raised more than $1.5 million (roughly Rs. 9.7 crores)from more than 23,000 backers. Unlike other Kickstarter projects that offer backers non-cash incentives to fund at higher price points, this project operates much more like a classic charitable donation, something that's a first in the history of Kickstarter. And the popular crowdfunding platform will waive its prerogative to collect a portion of the funds raised, ensuring that as much money as possible flows to the people who need it most - the Syrian refugees.

Other Silicon Valley companies have also attempted to raise money for the Syrian crisis, the most notable being Google, which set out in mid-September to raise more than $10 million (roughly Rs. 65 crores) for humanitarian organizations at the front lines of solving the world's refugee crisis. Through its Refugee Relief site, Google solicited funds for four well-known donor organizations dealing with refugees and migrants.

Other companies are focusing on ways that technology - not just cash - can be used to solve the refugee crisis. During a speech at the UN in late September, Facebook chief executive Mark Zuckerberg suggested that Internet connectivity could help to solve the refugee problem. To make that vision a reality, Zuckerberg is partnering with U2's Bono and his ONE Campaign to bring Internet access to UN refugee camps in partnership with the UN High Commissioner for Refugees. The basic idea is to extend on Facebook's efforts to provide the world with Internet access in order to help refugees find sources of aid and connect with family members via Facebook.

Despite these recent efforts by Silicon Valley, there's somehow a sense that the help may be too little, too late given the expanding scope of the Middle East refugee crisis. That $1.5 million raised by Kickstarter is impressive, but it's still only enough to help 7,500 people in need. To put that into context, Kickstarter notes that there are 6,000 Syrian refugees fleeing to Greece on a daily basis. Nearly 12 million have fled the region since 2011. The number of people leaving their homes in war-torn countries such as Syria marks the largest forced displacement of people since World War II.

Some say what may be needed is a truly disruptive idea that goes beyond traditional tactics. Raising money from charitable donors, using hashtags to raise social awareness and turning to celebrities to give funding campaigns an extra boost are all helpful, but they are really just extensions of what's done to solve just about any humanitarian crisis.

One example of a truly breakout idea gained attention in mid-July - a concept known as "Refugee Nation" formulated by Bay Area real estate mogul Jason Buzi. Under the concept, money would be used to create an artificial state to house all the world's refugees and stateless individuals. "We have a lot of stateless individuals all over the world right now," says Buzi. "The idea is, if we could give them a state of their own, at least they'd have a place to live in safety and be allowed to live and work like everybody else."

While this would admittedly be a very expensive proposition - estimated in the range of "tens of billions" by Buzi himself - it has actually garnered a fair share of support. For example, Oxford academic Alexander Betts, a specialist on migration flows, has noted that Refugee Nation has the potential to work, so long as it's not seen as creating a type of "leper colony" of the world's refugees.

Ultimately, the more that Silicon Valley tech companies are involved in the discussion of what to do, the more likely it is that creative ideas will emerge.