The reinvention of Zomato 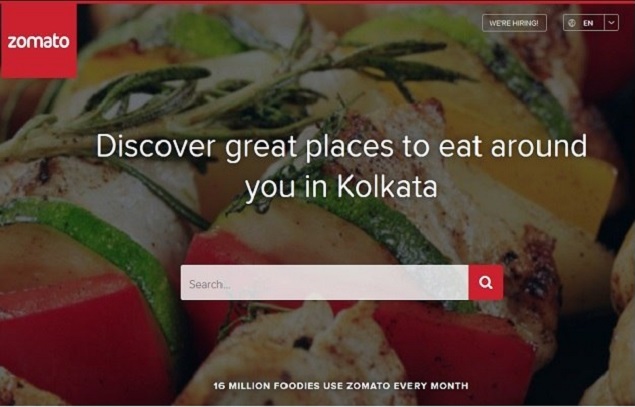 "Discovery is a key social element," says Deepinder Goyal, the co-founder-CEO of Zomato, speaking to NDTV Gadgets about the major changes that have been sweeping the site recently.

Zomato, which launched in under the name Foodiebay in 2008, grew fast, and reported revenues of Rs. 11.38 crore in 2013, and an EBITDA (earnings before taxes, depreciation, amortisation) loss of Rs. 10.03 crore. That's a huge growth for the company, which raised $1 million in its first round of funding in 2010, and including a stake from Sequoia Capital and existing funder Info Edge (India) in November, has now raised a total of $53.5 million.

Zomato has been growing around the world, and is now present in 12 countries - with plans to reach 22 by 2015 - with some of their more mature countries like India and UAE being profitable, according to Goyal.

However, along the way, the company is also making some pretty major changes to the way in which you use the service.

One of the problems that the company has faced is keeping people engaged on the site, and it has tried to tackle this by adding social elements to the site. Users could already log in and leave comments and reviews on restaurant listings, earning points and building an active profile, but this kind of "passive engagement," as Goyal terms it, had not been high enough.

That's why the company introduced mandatory logins, a feature which was however rolled back from the desktop website when users complained. While he describes the instance as an "oversight," Goyal says that Zomato will continue to build more social features. 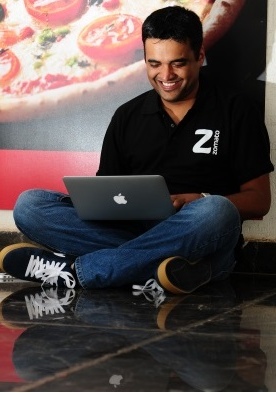 "Discovery and search are two very different things," explains Goyal. "When you're hungry and want to look up something and get fast answers, that's search, but discovery is when you've got time to browse and look around."

The key to this is getting people to share more reviews and photos, and to "build up a set of people that you trust. This also makes life a lot easier when you search," he adds, pointing to the new personalised search feature, which can show results based on recommendations of all users, which was already happening, or results based on recommendations from people you follow, or from restaurants in your wishlist, another new feature that Zomato has added.

Goyal says, "The social layer was added to drive passive engagement. If you have people following you, you'll feel like sharing more, writing more reviews and putting up more photos." And it's a move that has paid off, he says. According to Goyal, the social pressure to contribute to Zomatomeans that there are "3 times as many reviews, and 6 times the photos being shared," and added that the change occurred "almost overnight," after Zomato brought in the redesign.

For Zomato, the social layercould turn the site into a destination where you spend time and browse through multiple pages, instead of just a place where you go to quickly look at a menu and leave. The challenge, Goyal says, is in giving peoplethe right kind of connections.

He says, "We help you find people to follow, based on your tastes. It's actually a lot more complicated than that, but essentially, we want to build a trust network of people whose tastes match yours, so that their recommendations are more relevant for you."

With multiple rounds of funding, and a tenuous stake on ownership, industry watchers speculate that Zomato is readying up for an acquisition. In such a scenario, having a large number of engaged users will obviously be important. Goyal however keeps stressingthat the changes are designed to improve the overall user experience, both for people who want quick results, and for those who want to share their views on food.

Sign me up?
Zomato's growth has been rapid, and largely unchallenged in India and many of the other countrieswhere the brand is operating. London is the exception as a mature market, and there, Goyal says, "we're not winning the market, but we're not losing it either. We're doing adequately for now, and are one of thetop three at least."

While services like JustDial, JustEat and Foodpanda are aggressively targeting users with ordering and table booking, Google is also getting into the game, as Google Maps now gives you restaurant numbers when you search for them. In the US, Google Maps also includes menu listings.

Goyal is relatively dismissive of Google though - he says, "in the US, they buy their menu data from third parties. In India and many other markets,that's simply not possible, as these databases don't exist. That's why we had to build up our listings from scratch."

"If we went to the US, menus would not be the hook," he adds.

Instead, Zomato's growth will come by promoting food culture, believes Goyal. By increasing the conversation on food, and by making Zomato a key gatekeeper to this lifestyle, Goyal hopes to reinvent the company, and move beyond just search and become a destination in itself.