Ten Years On, Is Flipkart's Culture Due for an Overhaul?

Because of its preeminent position among startups in India, Flipkart has always been under a great deal of scrutiny. This extends to valuation markdowns, corporate reshuffles, and most recently, its lobbying efforts, for a "level playing field", and against a GST provision. For this reason, news of people leaving Flipkart also garners a lot of attention, and there's a fair amount of curiosity around what the working conditions in the company are like.

To that end, we spent a few weeks talking to multiple current and ex-employees of the company, to try and learn about the culture, and whether people are really dissatisfied. Tellingly, none of the people who were willing to talk agreed to be named, but the majority not because they were worried about retaliation. Most people did not want to be named because they believe it would brand them as “unprofessional”.

There's another factor at play when talking about Flipkart that also bears consideration today. The company was founded in 2007, ten years ago. Although it has seen its years of being a struggling startup, today it's a global player when it comes to scale, if not the markets it operates in, with an estimated 35,000 employees. As a result, processes and formalities come into the picture, which aren't always welcome in the "startup" capital of Bengaluru, Flipkart's HQ.

One former employee, who was part of a small startup that was acquihired by Flipkart explains. "The company had been growing and the future had seemed bright, when the offer from Flipkart came," he tells us. "The whole team got together and talked it over, and we all thought it was a good opportunity. But over a year, only one person is still left with Flipkart."

"People were more interested in protecting their turf, and they'd shoot down ideas because we were seen as outsiders," he says, adding, "and they were really slow to get anything done. There was one instance where we needed to get a particular software and we needed a laptop for that, and they took nearly a month to get the computer. Before, one of us would have just gone to the market, and gotten what we needed."

Nitin Seth, who is currently the Chief Operating Officer of Flipkart, and was the Chief People officer for a year before that, staunchly disagrees with the notion. "We have a very entrepreneurial culture," Seth tells us. "When hiring, we look for people with a bias to action, who are open to the notion of audacity. In less than 10 years, to have grown to the size we have is quite remarkable. That doesn't just happen."

On the specific case of the acquihire, Seth says that there could have been reasonable issues which led to this happening. "Without knowing the specifics, I can't say this couldn't have happened, however, we have two types of sanctioned laptops," he says. "If they needed a standard machine, it would only have taken a day. Otherwise, it can take longer. Generally, Flipkart has very few processes, but, we are also now dealing with just having become a large company."

"The whole journey of establishing processes is not an easy one," he adds. "We have made some mistakes, but we are still working to find the right balance."

He adds that acquisitions can be a big challenge in terms of getting the right culture fit. "Culture fit is the biggest issue in those cases," said Seth. "But generally we have been very successful, and the largest one has been Myntra, where I think that the integration went very well. We have ensured that it maintains its own culture, we don't want to change that."

The 'IIT-mafia'
One thing that Seth is keen to point out is Flipkart's dedication to hiring the best people. "We have a very intense entrepreneurial culture," he says. "We hire very high quality, driven talent. The proportion of IIT graduates is very high, it's a very high talent DNA in the company."

"It is an intense culture, and that does result in a reasonable level of turnover," he adds. According to Seth, the company sees a turnover of around 20 percent, and has not seen this change much over the years.

It's interesting that Seth brings up IIT hires. One current employee, who prefaces nearly every comment to us with the phrase: "It's actually a really good place to work," nonetheless has harsh words to say about what he calls the "IIT-Mafia".

"They treat employees well, and it's a reasonably relaxed working atmosphere," he tells us, "but the IIT Mafia rules. If you're not from IITD [IIT Delhi] then you are a second class citizen. There are some exceptions, but being from IIT means you're more likely to be heard by the bosses in meetings, your ideas are more likely to be taken seriously."

At the same time, a former product manager at Flipkart, who now works with a competing company tells us, "Flipkart gave you a sense of real ownership over the product. You felt like you have a real say in things, and the hiring process is very strict, so you end up with great colleagues who are smart and motivated."

We asked him where he had studied - the answer, as it turned out, was IIT, though not Delhi. 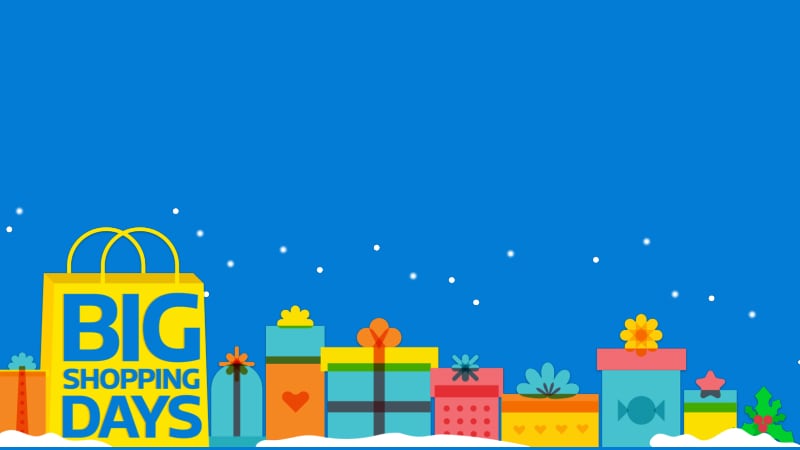 Another former employee, who has worked with both Flipkart and Amazon, and is now in the process of launching a startup, tells us that the two companies are very different, with Amazon prioritising data and objectivity, while Flipkart can be a lot more impulsive in its decision-making.

"There are no strong hierarchies, even now, and you can grow quickly," he says. "Once you're a bit older, it might not be the best place to be, but if you're starting out, Flipkart is really good. The problem can be that the leadership is not always consistent."

Changing needs
Flipkart has become a birthing place for startups, as talented employees leave to find their own footing. For better or for worse, this is a part of the company's DNA today, according to Seth, and it also highlights why there is a fair amount of turnover.

"There has been a lot of focus on people leaving in the last 12 months," says Seth, "but the fact is that some people just want to set up their own startups. That's the highest level of entrepreneurship you can have, and when we're hiring such driven people, that's bound to happen. The next level is Flipkart, then there are the IT companies like Infosys, and even further down. There is a continuum, and some people - who make for very good hires - are not going to be willing to work in a single place for that long."

This sounds reasonable on the face of it - most of the people who expressed unhappiness with Flipkart are ones who have gone on to start their own companies.

But there's one aspect which stands out when talking to a former employee, a woman who told us that Flipkart wasn't geared for everyone, but only young, single, men - particularly those working on the company's technology teams.

"It's not just the IIT mafia that's leftover from their [Flipkart's] early days," she says. "In many ways, although it's grown to become a big company with corporate procedures, the mindset is still very young, very immature. If you're a techie, and a young guy, that's great, but when even many of the managers are figuring things out as they go along, it can be a challenge."

"It might be a supportive place, but although there is a lot of talk of Flipkart culture, no one is really clear on what that means," she adds. "People are arrogant, they will talk and do politics behind your back, and they think they're doing something really great, they draw a sense of self-worth from the company. They identify their personal self with the company. I couldn't do that, and I realised that most other Indian companies are like this."

After leaving Flipkart, she would end up joining Microsoft, and says that it is a much more professional organisation, although even here, problems exist.

Seth points out that for its part, Flipkart has been working to ensure that employees across all levels are looked after. "From a policy perspective, we've led on best practices for maternity, and paternity leave, for setting up wellness infrastructure, Flipkart is one of the leaders in the HR fraternity," he says. "We have consistently being ranked as the number one brand to work with, and to have a healthy work environment, for all employees."

On Glassdoor (a website where employees anonymously rate their organisations) Flipkart gets a solid 4.7 out of 5 on its maternity and paternity policies. Overall, it has pretty positive reviews on the site, particularly standing out when talking about benefits.

A lack of alternatives
In general, the conversations we had showed that even while you will come across people lambasting Flipkart's culture, for the most part, people seem to find it a good place to work.

However, that's at least partly because of a lack of options. One current employee we talked to says that he's not happy with Flipkart, as his managers make unreasonable demands, and don't take his ideas on board. We asked whether he has looked for other jobs.

"There aren't many good options, that's the problem. I have friends in other companies, and from what they tell me, I'm better off than most of them," he says. "Flipkart sees a lot of people leave and it lets go of people who aren't performing, but if you're doing a decent job, then its paying well. Sometimes your direct manager might be a b*********, but overall it's good and pays decently, even if there's too much politics these days."

"If you're keen to do new things, try out building your own tech, among the Indian companies, this is the place to be," he adds. "You could try and join a Google or Amazon, but from what I hear from friends, over there the most exciting work isn't happening in India, so it doesn't sound like a great opportunity. This is a stable option."

According to reports, the tech industry sees churn of around 30 percent. Other reports quote even higher numbers. As mentioned above, Seth says that attrition in Flipkart is around 20 percent.

On the other hand, companies like Infosys, Wipro, and TCS see much lower attrition numbers. Does this mean that they're better workplaces? Not necessarily - it just means that they appeal to a different type of employee, one who is more likely to stay on. The question that Flipkart has to answer today is whether its numbers are lower than the startup industry because of its HR policies, or because it too is no longer a startup, and more of a "stable option".

Further reading: Flipkart, Culture, Startups, IIT Mafia
Gopal Sathe Email Gopal Gopal Sathe is the Editor of Gadgets 360. He has covered technology for 15 years. He has written about data use and privacy, and its use in politics. He has also written extensively about the latest devices, video games, and startups in India. Write to gopal@ndtv.com or get in touch on Twitter through his handle @gopalsathe with tips. More
Samsung Valentine's Day Offers Include Smartphone Bundle Deals, Gear Fit 2 Discount
Google Chrome Gets Support Support for VR, Full Experience Available for Daydream-Ready Phones

Ten Years On, Is Flipkart's Culture Due for an Overhaul?
Comment