Startups Try to Challenge Google, at Least on Mobile Search 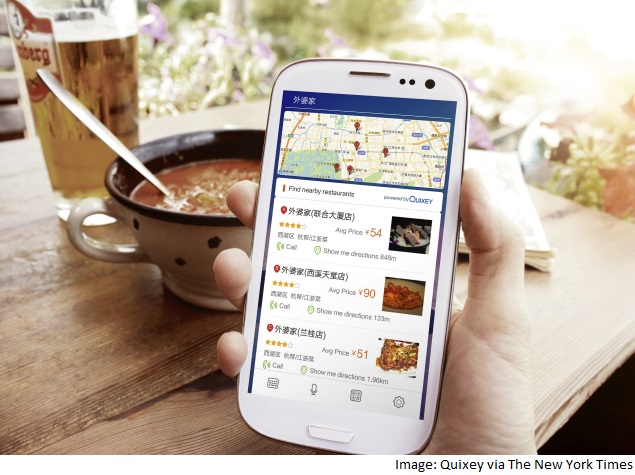 Europe's competition regulator filed antitrust charges against Google on the belief that the company's search business had become so powerful that it was pretty much impossible to compete with. But don't tell that to Bobby Lo.

Lo is the founder of Vurb, a startup in San Francisco's bustling downtown that has a new kind of search engine designed for mobile phones. The idea is to take several common queries - restaurants, movies - and group them into snippets of information and apps for related actions.

Lo is one of a growing number of entrepreneurs who are betting that the rise of mobile phones has created an opportunity to do something that once seemed unthinkable: challenge Google in search.

After a decade in which entrepreneurs and investors steered clear of Google's home turf, venture capitalists have plowed hundreds of millions of dollars into dozens of search startups because they say they believe the Internet giant cannot dominate search on mobile devices the way it has on personal computers.

"There has been no great solution for mobile search," Lo said.

Venture capitalists financed 27 search companies in 2014 and 33 the year before - the two most active years on record, according to CB Insights, whose data on the venture capital industry goes back to 1999. The biggest jump has been in mobile search companies, according to a report CB Insights released in March, particularly companies that use "deep links" to connect mobile applications the way websites are linked on the Web.

"But as the spate of early-stage investments in mobile search matures, the area could see funding totals increase as well as the entrance of more startups," CB Insights said in its report.

Each of these search companies has a slightly different take.

Quixey, which has raised $135 million in venture capital, according to CB Insights, features a traditional-looking search box that helps people find information inside apps, as well as functions, such as a button to order a cab.

A company named URX is trying to link apps so that people can perform related actions by hopping between them. Other ideas include putting search inside mobile messaging systems or creating new home-screen applications that use past behavior to predict what a user might want next - a concept Google has invested in already.

"If you ask 100 people whether search is broken or not, 99 would say Google is perfect, it's everything I need," said John Lilly, a partner at Greylock Partners, which has backed a search startup called Jack Mobile. "But if you ask them, 'How are you going to figure out what you want to watch on TV tonight or where are you going to dinner?' they would say Google wouldn't know that, that's not search."

So while people do not think search is broken, it can be improved, Lilly said.

Others share more tangential relationships that underscore how far Google, with its investments in self-driving cars and biotechnology, has strayed from its original business. In the second-story bedroom of a Kansas City, Kansas, house wired with Google's Google Fiber Internet service, an entrepreneur named Mike Farmer is developing Leap.it, a visual search engine whose results are full of pictures and cued-up videos.

"The very moment you believe that the game is over is the very moment that the environment exists to introduce something completely new," Farmer said.

Behind the new companies is a conviction that people use mobile phones so differently than they do desktop and laptop computers that the search business is ripe for an overhaul.

"Anytime there is a platform change, everything is up for grabs," said Keith Rabois, a partner at Khosla Ventures, which has backed a mobile search company called Relcy. "No entrepreneur would start, and nobody would fund, a new search product for the Web."

The most obvious difference with mobile is that people have their phones with them all the time, giving search companies lots of contextual clues - like location - for what they might want. That is the main idea behind Vurb.

When someone uses Vurb to search for a movie, it returns a single page with reviews, cast members and nearby theaters, along with links to buy tickets and the option to call a cab. When a user searches for an old movie, the service fetches streaming applications like Netflix.

"If I'm searching for a movie, chances are I want to do a couple of things related to that," Lo said.

Mobile also has several special challenges for an entrenched player like Google. With its constellation of apps and competing operating systems, mobile is a highly fragmented universe, making it harder for one company to index all of the most relevant information the way Google has indexed the Web.

Also, the answer to many of the most common - and lucrative - queries is neatly structured inside popular applications like Yelp, the local directory service, making it easier to create focused search products that are unlikely to sink Google but could give it "a thousand tiny leaks," said Jeremy Kressmann, an analyst at eMarketer who covers the search business.

This year, smartphone users in the United States are projected to spend 81 percent of their time on the mobile Internet inside applications, and 19 percent on the Web, according to eMarketer.

This has also benefited Google, which owns the world's largest mobile operating system, Android, as well as many of the most popular apps, like YouTube. On Wednesday, at an event for advertisers in New York, Susan Wojcicki, chief executive of YouTube, said the online video service reached more 18-49-year-olds on mobile phones than any cable network did on television.

Of course, Google has no plans to cede its hold on search. The company has amassed 30 billion "deep links" so that its search engine can return information from apps as well as the Web, and it has been a serial acquirer of startups with promising new technologies. And the company's engineers are busy reimagining its search business for mobile phones.

"Whenever you have a platform shift, you kind of figure out what are the right interfaces," said Aparna Chennapragada, director of product management in Google's search business.

The company's biggest bets have been a voice-searching tool, along with Google Now, an application that tries to predict what users are looking for by showing a stack of cards with timely information, using cues such as upcoming events in the user's emails or recent activities on mobile apps and the Web.

Like her startup competitors, Chennapragada is still unsure exactly what people want.

"Google Now is such an early effort," she said. "We're still trying to figure it out."