Startup India, Standup India Event: Everything You Need to Know

The startup ecosystem in India is about to be shaken up soon, as Prime Minister Narendra Modi will unveil the Startup Action Plan on Saturday, at an invite only launch event of Startup India, Standup India. The event will take place on Saturday at Vigyan Bhawan, New Delhi.

What is Startup India, Standup India
Organised by Department of Industrial Policy and Promotion (DIPP), along with other key Indian startup ecosystem players, the Startup India, Standup India initiative aims to celebrate the country's entrepreneurial spirit, and create a strong ecosystem for fostering innovation and startups in India. Here's what we know about the event so far.

1) The A-Listers are attending
The event will be inaugurated by finance minister Arun Jaitley, and attended by the Minister of State for Commerce and Industry Nirmala Sitharaman, and the Minister of State for Finance Jayant Sinha. Around 40 top CEOs and startup founders and investors from Silicon Valley will be attending the event as special guests, and take part question and answer sessions at the event.

2) Good luck getting an invite
Amitabh Kant, Secretary, DIPP, tweeted on Wednesday that over two lakh people have sought passes against a seating capacity of 1,350. Unless you have some really good connections, it's probably too late to even try getting in at this point. However, the event will be telecast live in India's top universities and youth groups in over 350 districts of India, so it should be easy to follow along if you're interested. 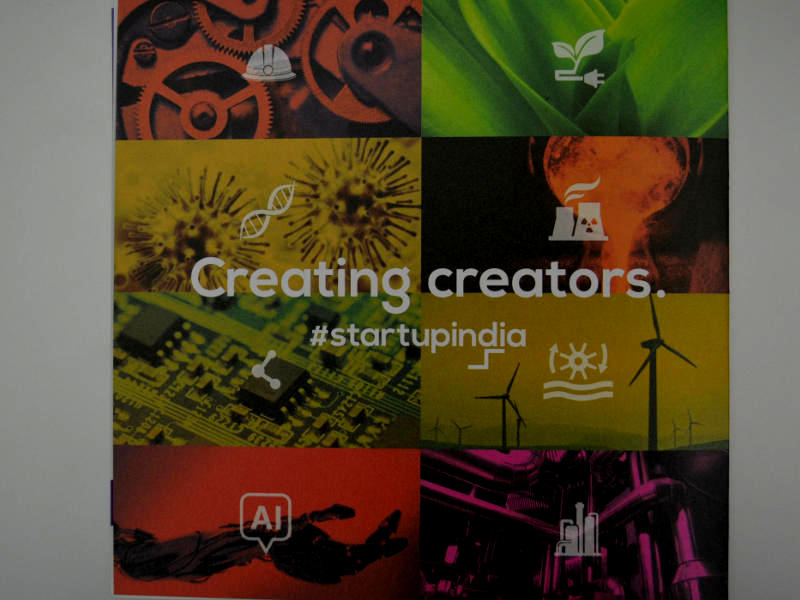 3) What's on the agenda
The event will start at 9.30AM with a welcome address by Amitabh Kant, Secretary, DIPP, and will have a total of 14 sessions through the day. Travis Kalanick, founder of Uber will be giving a presentation on eight lessons for entrepreneurs, followed by a question and answer session.

The agenda for the day includes panel discussions from the founders of India's biggest startups in fintech, e-commerce and healthcare, with discussions with policymakers on how the government can jump-start India's startup ecosystem. The event will conclude with PM Modi launching his Action Plan post, following his interactions with startups, VCs, and angel investors.

4) Tax on seed funding may be scrapped
The government has reportedly decided to scrap a tax on seed funding to startups by Indian angel investors in the upcoming Union Budget. The existing tax norms view the funding as income, which takes away nearly 30 percent of the value of investments, so this would improve cash flow a lot.

5) Defining a startup
According to Nasscom, the recommended definition for a startup would be an entity that is headquartered in India, and has been incorporated less than five years ago.

Aside from this, incentives, facilitation, and support for startups should not apply to companies that have an annual turnover of Rs. 25 crore, the IT industry body said.

6) Google will launch a startup into orbit
Google will be hosting a live contest with five pre-screened startups, who will present their business cases to a panel of top VCs and representatives from Google. The five shortlisted startups are Reap Benefit, Cardiac Design Labs, Guru-G, SlamdunQ, and Sbalabs.

The winner will receive $50,000 (roughly Rs. 33 lakh) in equity-funding. Google invited users to vote for their favorite startup on its Startup India page till Friday midnight. Based on the highest votes, the top three startups will receive an invite to join the next Google Launchpad Week, and one final winner will win $100,000 (approximately Rs. 66 lakh) in Google cloud credits, and be eligible for consideration to the Launchpad Accelerator Program in July 2016.

7) The Union Cabinet has already approved the stand up India scheme
The Stand Up India Scheme anchored by Department of Financial Services (DFS) to encourage greenfield enterprises by SC/ ST and women entrepreneurs will support 2.5 lakh borrowers with bank loans repayable up to seven years and between Rs. 10 lakh to Rs. 1 crore for greenfield enterprises in the non-farm sector.