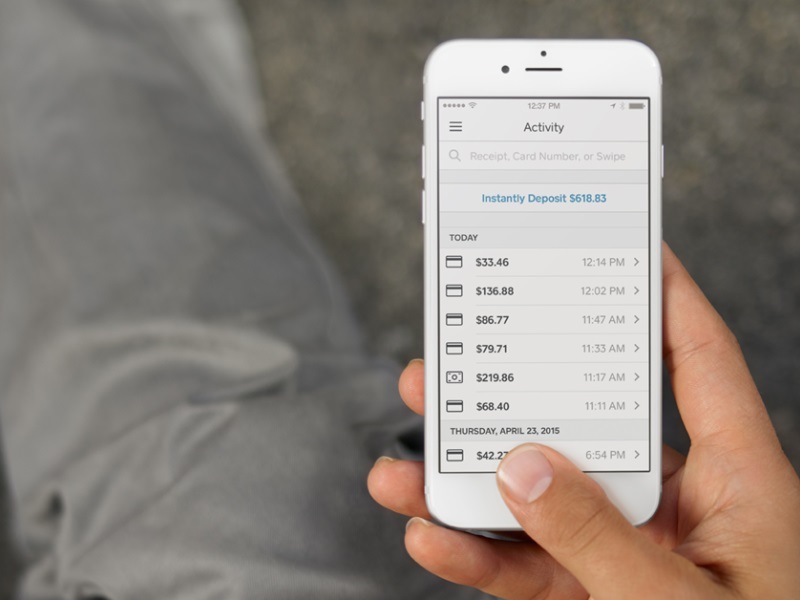 By galloping to a life as a publicly traded company, mobile payments star Square is bucking a Silicon Valley trend of startups riding along on outlandish private valuations.

Square is a prominent tech world "Unicorn," a nickname given to young companies that haven't gone public but are valued at more than a billion dollars based on cash pumped into them by backers.

Square formalized its intent to make an initial public offering of stock in a filing on Wednesday to the US Securities and Exchange Commission.

"But, the question is at what valuation?"

Startups basking in tech industry stardom may succumb to setting unrealistic prices for shares based on "an imaginary, speculative story," according to Chowdhry.

Square's debut on the New York Stock Exchange will be a real world test of whether the market agrees it is worth the $6 billion (roughly Rs. 3,892 crores) valuation it got from a private round of funding last year.

"How it goes will be a signal to others who are close to coming to market," Endpoint Technologies analyst Roger Kay said of the Square IPO, a date for which had yet to be set.

Globally, privately held startups raised $37.6 billion (roughly Rs. 2,43,891 crores) in capital in the third quarter of this year, with three quarters of that money being pumped into the technology sector, according to a study by CB Insight and KPMG.

The funding level, the highest in more than a decade, brought the total for the year thus far to $98.4 billion and already topped the total amount raised by startups last year.

Endpoint analyst Kay contends that for startups, "there are a lot of good reasons not go public."

Private firms are not required to publicly report financial results and disclose competition plans to rivals the way public companies do when explaining affairs to shareholders and analysts.

Private investors can also server as "strategic partners" if they are active in similar or complementary sectors.

"And then there is this fear of not going to the market at the right price" in a move that results in private investors left holding shares worth less than they bargained for, according to Kay.

Bubble fears rise
Proliferation of Unicorns and explosive valuations have caused some observers to wonder whether the market is on the edge of a funding "bubble" similar to the one that burst in the early 2000s.

A total of 23 unicorns were created in the past quarter - 17 in the United States - bring the total to 58 so far this year. According to CB Insights, there are 104 unicorns worldwide with a combined valuation of $503 billion.

CB Insight and KPMG noted in the third quarter of this year investment money was being channeled into more mature companies and there have been fewer IPOs to recoup capital than in the past.

Wall Street debuts of private firms from all sectors stalled in recent months but the slow down was particularly noticeable when it came to technology startups which had been a cornerstone of the market for IPOs.

There was only one tech company IPO in the third quarter, which was the lowest number in more than six years, Renaissance Capital said in a recent report.

The absence of tech company market debuts came "in the face of mediocre tech IPO performance and ample private funding capacity at generous valuations," according to Renaissance.

Pure Storage hit Wall Street recently only to see its shares stumble. The flash storage specialty firm rebounded since closing its opening session last week below the $3 billion valuation it got from private investors.

GoDaddy and Fitbit are worth more than when they made their stock market debuts earlier this year, but Box and Etsy have lost 10 percent and 30 percent respectively.

"The problem with the IPOs that have happened with technology in the last two or three years is that the public market acted as a way to bail out private investors," said analyst Chowdhry.

People trusted their valuations, only to realize that "they had lost money on Zynga, Groupon, Twitter, Box," he continued.

"People were foolish before. People are getting a little bit sensible."