What Is Bitcoin, Should You 'Invest' in Bitcoin, How to Buy, and All Other Questions Answered 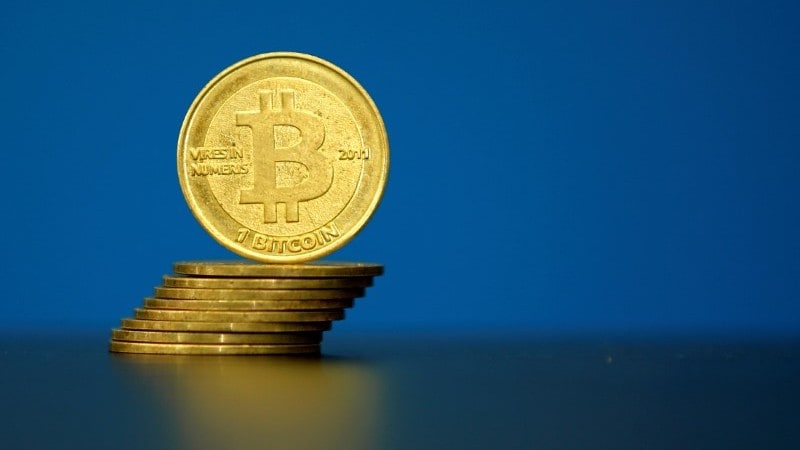 Over the years, you've probably been hearing the terms Bitcoin, cryptocurrency, and blockchain. The first of these, Bitcoin, is the most famous one, and it refers to a kind of alternative currency that only exists digitally.

"In simple terms, Bitcoin is a digital currency that is protected with layers of encryption," says Sathvik Vishwanath, CEO and co-founder of Unocoin, a Bengaluru-based Bitcoin exchange where you can purchase the currency. "Just like gold, Bitcoin is mined, albeit digitally. It is a decentralised currency, implying that the transfer of Bitcoins is not subject to any third-party support, including banks.”

"It is a peer to peer transaction which works without an intermediary. It is an open source software. This means, that no person, company or country owns this network just like no one owns the Internet," adds Sandeep Goenka, COO and co-founder, Zebpay, an Indian Bitcoin exchange.

"Mining" Bitcoins is done using specialised programs running on your computer that work to decrypt the algorithm, uncovering the code for each coin. When Bitcoin was new, most people got into the currency by mining it, as the process was quick and easy. However, by design, there is an upper limit to how many Bitcoins can exist in total, and as more and more Bitcoins were mined, the complexity required to uncover fresh coins also went up. At first, anyone with a home laptop could have mined for Bitcoin and built up a collection.

Over time, as Bitcoin gained in value and interest rose, dedicated miners started to invest in specialised hardware, to rapidly mine for coins. By now, the computing power required is high enough that it's almost impossible for a home user to set up a miner and end up with any Bitcoin - it'll take longer than your lifetime to mine a Bitcoin today, which is why you need to buy instead.

A few months ago, the hackers behind the WannaCry ransomware held thousands of computers around the world hostage, and demanded payment in Bitcoin as those payments would then be much harder to trace by the governments of the world. But there's also an additional reason why a lot of people have been getting interested in Bitcoin, and that's because the value of a Bitcoin has been skyrocketing, especially recently.

"Never before in the history of Bitcoin, the prices have shot up like this," says Zebpay's Goenka. "On September 2, the price almost reached at an all-time high at $5000. [But] before thinking about Bitcoins as an asset class, one needs to understand that it is highly volatile and the swings can be extreme."

It is an investment, or is it money?
Right now, Bitcoin is a bit of both. You'll find services, both online and offline, that are willing to accept payments in Bitcoins. It's also an easy way to pay freelancers in other countries, because it takes away an incredible amount of paperwork in that scenario.

But as we mentioned, the value of Bitcoin has only been headed up. Although the amount you'll have to pay to buy a Bitcoin (BTC) today surges wildly, on a whole, Bitcoin has been trending upwards and right now, on the Zebpay exchange, 1 BTC is selling for Rs. 3,30,132. For comparison, this time last year 1 BTC was around Rs. 40,000, so if you'd bought even one Bitcoin in 2016, you could have sold it today and made a profit of nearly Rs. 3 lakh just like that.

"Bitcoin is surely one of the foremost options for investment in the present times," says Unocoin's Vishwanath. "Given all the emphasis on going cashless and a growing uncertainty in the currency notes, Bitcoin investment is a sure and certain break from the same."

Should I buy Bitcoins now?
"Since there is an upper cap of 21 million on the total number of Bitcoins that can be mined, we foresee the values of Bitcoin soaring in the near future," says Vishwanath. "Hence, from an investment perspective, users should buy Bitcoins now."

However, he sounds one note of caution: "As per the use of Bitcoins, India is yet to come out with a mandate deciding the future of Bitcoins in India. Although initially several government bodies had their concerns with the usage of Bitcoin, currently the transactions are not illegal in India. Furthermore, we are awaiting the final stand of the government on Bitcoin transactions."

"Presently, all Bitcoin exchanges have come together to form a self-regulatory body called Digital Assets and Blockchain Foundation India (DABFI)," adds Zebpay's Goenka. "However, the Finance Ministry has set up a committee to look into cryptocurrencies in India, there is no official stance from the Government nor RBI taken on virtual currencies in India. Bitcoins is not illegal as per existing laws in India, it is just not yet regulated."

Investment in Bitcoin from India is extremely high already. Chris Burniske, who formerly led cryptoassets for investment manager ARK Invest tweeted data showing that India now accounts for 10 percent of all Bitcoin transactions. The US and Japan still remain the biggest holders of Bitcoin right now but Indian investment is growing fast.

Not everyone is an optimist though. Yale economics professor Robert Shiller, who won a Nobel prize for his work on bubbles and wrote a book titled Irrational Exuberance, which is on speculative manias, told Quartz that Bitcoin is the "best example right now" of irrational exuberance, and a speculative bubble.

"It starts with Satoshi Nakamoto - remember him? The mysterious figure who may or may not be real. He’s never been found. That has a nice mystery quality to it," Shiller said. "And then he has this clever idea about encryption and blockchain and public ledgers, and somehow the idea is so powerful that governments can’t even stop it. You can’t regulate this. It kind of fits in with the angst of this time in history."

A Delhi-based Bitcoin investor, who is invested in Bitcoin and also a few Bitcoin alternatives, had this to say about bubbles. "I have been worried about bubbles a good number of times since I started trading, and each time I pulled out short of my targets because of the same fears," he told Gadgets 360. "The eventually happened [dropped in value] but in the longer course of things Bitcoin always bounced back stronger to set unprecedented records. It has shown immense growth in seven years, and it does not look like it is stopping, although my one major fear will always be government regulations, which can nullify your holdings overnight."

Despite those concerns though, it's clear that for people who are being careful and following the trends and news closely, there is a definite opportunity in Bitcoin today, though whoever is left holding them after the value drops is in for a huge loss.

How do I buy Bitcoin?
There are a number of ways to buy Bitcoin - they're stored as a series of numbers and letters that can be verified against the public blockchain, so Bitcoin can be stored on pen drives, written down on paper, or kept online using Bitcoin wallets, public exchanges, and so on. Buying or selling Bitcoin online is actually really simple by now, as you can just log into one of the many exchanges and get some.

Apart from this, you also have the option of investing in a Bitcoin alternative, but again, this is not the easiest option for first-time buyers. The Bitcoin investor that Gadgets 360 spoke to says that it makes sense to study the value of various alternatives, but Bitcoin holds the most value right now, and there are various exchanges available. There are fewer options for alternatives like Ripple and Ether. Bitcoin, he says, would be a better start since it's easier to get on-board.

There are several Bitcoin exchanges operating within India itself, and this means that you can use bank transfers and NEFT payments to convert your money into Bitcoins. There are fees involved when using these exchanges though, and given how expensive Bitcoin has become, this could end up being a pretty high fee.

There are also sites like LocalBitcoins, which let you find people nearby who can transact with you in Bitcoins, and these trades are done without any KYC or tracking, so the whole process can even be carried out in cash. However, this isn't a method we'd recommend to first timers, as we've heard of stories of scammers using the site as well. If you haven't invested in Bitcoin before this, then we would recommend going to an Indian Bitcoin exchange, so you can call it up for phone support if needed, and so that you can transact easily online, using normal online payment methods. To figure out which exchange to use, you can see our detailed guide to buying Bitcoin with the pros and cons of different exchanges, for more information on buying Bitcoin in India.

Andhra Pradesh Signs MoU for Hyperloop Between Vijaywada and Amravati