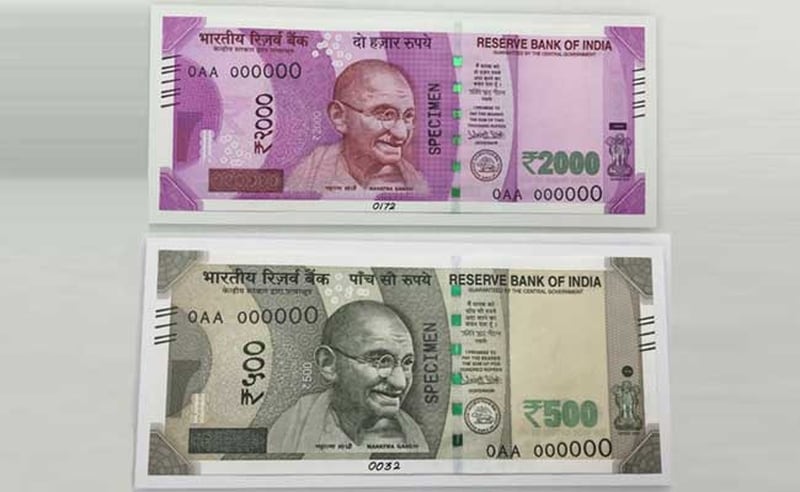 Cash has long been king in India, but the announcement by Prime Minister Narendra Modi to demonetise Rs. 500 and Rs. 1000 notes could change this. At least, that's what people like Paytm founder Vijay Shekhar Sharma, Prime Ventures Partners Managing Partner Amit Somani, and MobiKwik founder and CEO Bipin Preet Singh are saying.

"The biggest, the boldest, and the most ambitious surgical strike by any government in the world. Hats off to our PM for removing ₹500/ 1000 notes [sic]," Paytm's Sharma tweeted minutes after PM Modi's announcement. "It's a celebration all across! Cheers to our PM. India never was such a 'fav' for tech revolution," he tweeted. "Keep the money digital. Superb step by our dear PM. From a bit inconvenience to incredible bold step!" Paytm of course runs one of the most popular digital wallets in the country, so any move that benefits the digital economy is likely to be welcomed by Sharma.

We didn't feel that the news was such a big change - after all, the old Rs. 500 notes are being replaced by new ones, and Rs. 2000 notes are being introduced - but with so many people in the industry convinced otherwise, we knew it was time for a second opinion. Gadgets 360 spoke to Singh about the news, and why he believes that this is a "surgical strike on cash".

Singh believes that this is great news for anyone who is involved in the digital economy, and says: "Rs. 500 and Rs. 2000 notes will have lost credibility, they will be seen as insecure."

"If you're using any kind of big notes, to pay your household help, for cash on delivery, and so on, it will be less trustworthy," says Singh. "As a customer, you will have a strong pull factor against using cash."

He's not the only one who feels this way. “We welcome the Government’s move to weed out black money, which will have significant long term benefits for the economy," Snapdeal CEO Kunal Bahl said in an emailed statement on the decision to demonetise the Rs. 500 and Rs. 1000 notes. "With this, the quantum of India’s economy moving through the digital pipes will witness massive growth. Both Snapdeal and FreeCharge are committed to supporting all such initiatives.”

"This bold and much needed step can cure us from the disease of cash," says Naveen Surya, Managing Director ItzCash. "I greatly admire and support this move."

Although new notes are coming, it's going to be a rocky road ahead as everyone tries to exchange their currency at the same time. "This is not just tomorrow, but 50 days," says Singh. "For the next 50 days, cash is going to be limited. Limits of Rs. 10,000 is not going to be enough."

For people who are ordering things online, and need money to pay cash on delivery orders, the option of just paying online as well will be more appealing - whether it's through net banking, using a debit or credit card, or via a mobile wallet. But e-commerce is still a small part of all the transactions that take place in India on a daily basis. Unless we talk about electronic payments in the physical world, it's not going to make a difference. That's where Singh believes wallets will be big gainers after PM Narendra Modi's announcement that Rs. 500 and Rs. 1000 will be demonetised.

"After this high profile, high volume announcement, that faith in cash will be shook," says Singh. "So far, when we talk to merchants and small shopkeepers, there is always been a little reluctance. Cash is understood, it's convenient, it's fungible."

"Suddenly, with one stroke, all of these preferences for cash will go away," he adds. "Everyone will say, 'how do I accept electronic?' If he already accepts electronic, he will ask, 'how do I accept wallets?' I want to accept more and more wallets so I don't become dependent on cash. It's very clear that this government is going to fight cash, and this will not be the last strike against cash. So it won't just be the consumers, but also the merchants."

Singh believes this will have another impact on the mobile wallet industry, for the better. Right now, there is a limit of Rs. 10,000 per month, unless you follow a KYC process at which point you can transfer up to Rs. 1 lakh per month. The number of people doing this has been low, says Singh, but now, with an increased reliance on wallets he believes that more and more people will fill in their KYC details to have greater flexibility. And once people discover that they can use it, they'll be more likely to use the wallet in a wider array of situations.

It's still up in the air though, and the chips are only going to fall in the next couple of days, when more details related to PM Narendra Modi's announcements emerge. Even if this scenario does play out, the question is whether wallets will benefit in the way Singh believes, or other modes of payment, such as debit cards, credit cards, or even the newly introduced UPI will catch on.

"UPI will have to compete with debit cards, credit cards, and wallets in terms of convenience and adoption," says Singh. "As of now, it's just another way of using your bank account. It still has to develop. [But] everything that is electronic will see a boost."

500 and 1000 Notes Demonetised: Why the Move Is Unlikely to Push Digital Payments
RBI Website Down After 500, 1000, 2000 Notes Announcement by PM Narendra Modi